Left titans from Bengal once lit up Parliament. Now, the Left can have no new elders. 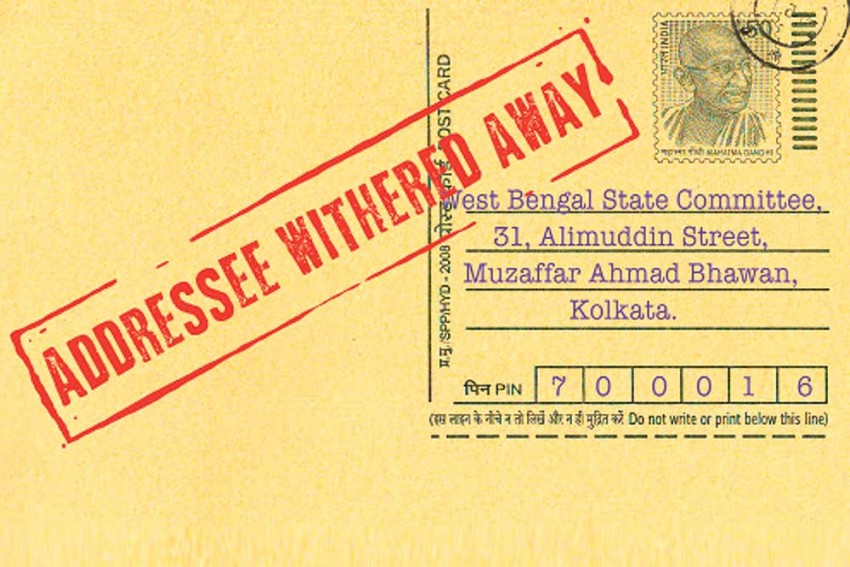 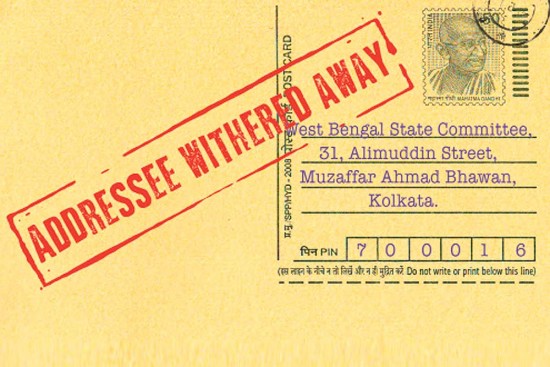 They shared the same initials: IG. Indira Gandhi and Indrajit Gupta. And though they bel­onged to rival political parties—Congress and CPI respectiv-ely—according to political con­­­t­­em­­poraries, they had much more in common. Says one source, “While it was commonly acknowledged that Mrs Gandhi inspired awe in almost all and sundry, it must be remembered that she herself held Indrajit Gupta in awe. Gupta’s erudition, razor-sharp mind and powerful debating skills were considered vital for serious discussions in Parliament before the passing of bills.” Indeed, Gupta played so significant a role in Parliament in the 37 years that he held sway—one of the longest stints ever—that he became known as ‘Father of the House’. Yet, a long line of brilliant Left parliamentarians from Bengal, like Gupta, seems to be withering away towards an inevitable nought.

The current crisis engulfing Left parties of West Bengal and their inability to send even one member to the Rajya Sabha  in this round of polls has put the spotlight back on times when both houses of Parliament in New Delhi were lorded over by fiery Communist leaders from the state. Apart from Indrajit Gupta, the legendary Hiren­dranath Mukherjee, Bhu­pesh Gupta and Jyotirmoy Basu were stalwarts whose impeccable scholarship, rapier wit and oratorical prowess, not to mention the knack for convincing arguments, made governments bow to Opp­osition dema­nds time and again.

Political commentators who were witness to debates in Parliament during the Maruti acquisition recalls the incisive questioning by Basu on the real reasons for the move towards nationalisation. “Basu was known to dig deep into the scams involving the Congress and relentlessly pursued corruption within the party, including by members of the Gandhi family,” points out Calcutta-based political analyst Rajat Roy. Indira is believed to have been so incensed  with Basu that she had him jailed as soon as Emergency was declared.

One of the characteristics of these stellar Communist parliamentarians was their scholarship and command of language. “Hiren Mukherjee of the CPI was so well versed in literature, culture and the arts,” observers a political critic, “that in order to make his point he would as easily invoke the poetic genius of Tagore or Shakespeare as he would the revolutionary logic of Lenin.” And, as veteran Communist leader Ashok Mitra noted in an obituary tribute, Mukherjee was also Jawaharlal Nehru’s favourite parliamenta­rian. But, if scholarship was the order of the day, perhaps a prerequisite even for filling the post of a parliamen­tarian, “doing their homework before every debate was a trait”, poi­nted out those in the know.

In a tribute to Bhupesh Gupta, veteran journalist Nikhil Chak­ra­­vartty wrote, “Watching Bhu­­pesh Gupta from the press gallery, I used to be intrigued by the more snobbish among my press colleagues; they were no doubt taken in by the accents and pronouncements of many of the high-brows, but they could not but come under Bhupesh’s spell. It was not that Bhupesh was a profound thi­nker, one who would elaborate the perspective. By sheer hard work and mastery of details of each and every document he could lay his hands on, Bhupesh used to prepare for his parliamentary bouts.” The fact that many of these Left politicians from Bengal infused Rajya Sabha with a dignity with which it has come to be associated is further pointed out in Chakravartty’s tribute: “In 1952, when the Rajya Sabha was set up, Bhupesh came by virtue of the Communist strength in the West Bengal Assembly. He became a virtual tribune to the people.... Bhupesh came to eminence by his fearless courage to stand up against injustice or inequity or to uphold national dignity. In fact, the Rajya Sabha, which at the outset was thought by many of us to be a superfluous body, was made amply relevant by Bhupesh’s ceaseless crusade for a thousand causes.” Then, rec­ently there was the CPI(M)’s Dipankar Mukherjee. A trade unio­nist, he toiled incredibly hard, digging up files in offices, reading reports and gleaning numbers to assail the canker of corruption.  Yet, now, to reiterate the almost the­­a­­trical incongruity, the Communists cannot send a single member to the Rajya Sabha.

“I submitted all the necessary documents before the 3 pm deadline, except for one, according to the Returning Officer. This pertained to an affidavit of declaration, which nominees are asked to file declaring that they are not in possession of any government property or acc­ommodation. This, in effect, is meant to ensure that a nominee does not have any dues with the government. This was not applicable in my case, so I had not thought it important. I nevertheless did eventua­lly submit it and it was this paper that was two minutes late.” The delay resulted in the Returning Officer dec­lining to accept his app­lication. Call­ing the rej­­ec­tion  “irr­a­­tio­­nal” and something that would be “quashed in a court of law”, Bhatta­ch­arya told Out­­look that the only reason he did not drag the matter to court was because it would be an “exercise in futility, as the ele­­ctions would be over by then”.

The story of the intervening years that has culminated in this soul-sapping nadir for Bengal’s Left parties is the fam­iliar and oft-told story of slow rot—struggle to power, a period of consolidation, a generation of leaders reared on the trappings of absolute strength, the resultant hub­ris, and the awesome downfall.

The current scenario is a culmination of the steady decline of the state’s Left that quickened from the 2000s.

Analysts read the current scenario as a culmination of the steady decline of Bengal’s Left that accelerated in the mid 2000s with the uprisings in Singur and Nandigram. Force­ful land acquisition in these areas alienated the Left’s traditional votebanks, the intellectuals and the masses. In the next parliamentary elections, in 2009, Left seats in Bengal went down from 35 out of 42 to 15. They had lost 20 seats to Mamata Banerjee’s Trinamool Congress, which supported the farmers of Singur and Nandigram. From only one Lok Sabha seat in 2004, TMC won 21 in 2009.

Political commentators don’t deny that the Bengal Left brought this downfall upon themselves. “Ultimately, you can’t really blame external forces,” says Tarun Ganguly. “If the Bengal Left today is attributing its decline to everything, from the ‘stepmotherly treatment’ from other factions to a sense of demoralisation, it only has itself to blame. It is rooted in the Bengal Left’s own inability to hold on to the Left agenda. With Singur and Nandigram, where it initiated acquisition for factories, it antagonised its own votebank. It lost the elections. And without numbers how will you reach the Rajya Sabha?”

During the golden age of Bengal’s Left parliamentarians from the ’50s to the ’80s, the CPI and, later, the CPI(M), often had moderate numbers, but more than made up for that deficit by nominating true lum­inaries. Now, hopeless and hapless, they have both pockets empty.

The End Of An Escape Artist