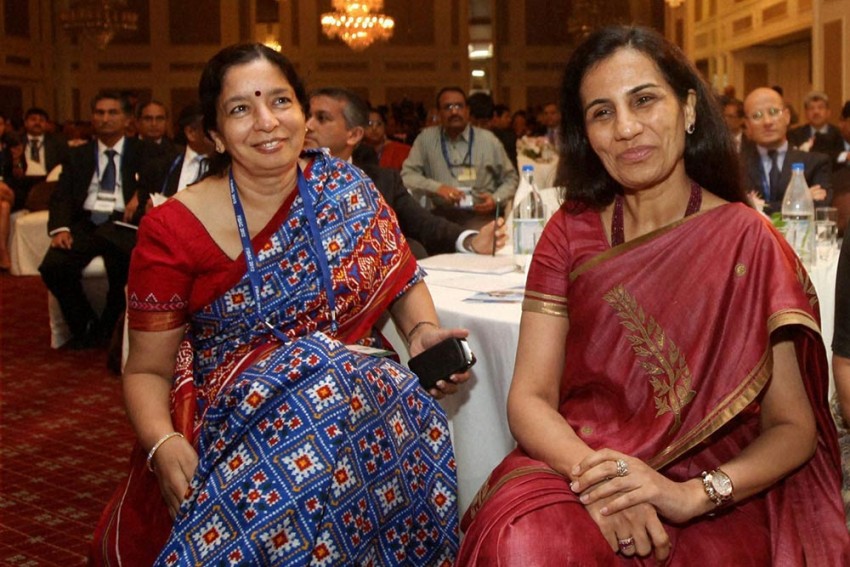 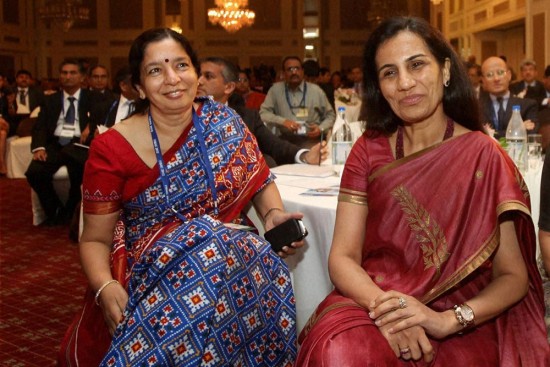 India’s private sector banks have always been hyped as smarter, sharper and cleaner than their country cousins, those state-run banks. But as more skeletons tumble out of the ongoing ICICI Bank-Videocon affair, of alleged nepotism, conflicts of interest and unfair trade practices going all the way up to the top boss of the bank, CEO Chanda Kochhar, a bit of their sheen has come off. This new scandal has even shifted the spotlight from the Rs. 13,000-crore Punjab National Bank (PNB)–Nirav Modi affair that only broke a few weeks ago. After ICICI hit the headlines for  all the wrong reasons, the RBI has questioned the board of another private bank, Axis Bank, about its wisdom in giving its chief managing director (CMD), Shikha Sharma, another term, considering the bank’s non-perfor-ming assets (NPAs) have multiplied by more than 25 times and crossed Rs 25,000 crore by December 2017. Now many in the industry are asking, how clean are private banks?

The ICICI Bank board has spared no pains in supporting the actions of Chanda Kocchar and defending the bank’s decis­i­on to grant Videocon Industries a hefty Rs 3,250-crore loan in 2012 as part of a Rs 40,000-crore consortium loan by 20 banks. Out of this, Rs 2810 crore—86 per cent of the loan—has been declared NPA.

In 2016, Arvind Gupta, whistleblower and trustee, Indian Investors Protection Council, questioned this loan through a letter to the PMO and other authorities. He pointed to an apparent business link between Videocon Industries and Kochhar’s husband and his family. “I brought to light something that seemed suspicious, not transparent, not good but actually dirty in the deal,” Gupta tells Outlook. He adds that there may be dozens of such cases if one probes the dealings of top private banks. “This may not even be the tip of the iceberg. If you read the innumerable reports in the newspapers about how companies are obstructing the NCLT [National Company Law Tribunal] machinery engaged in the resolution of the insolvency cases, it shows vested interests,” he says.

It is not just Gupta who has been questioning some of the decisions of private sector banks. Earlier this month, the Central Vigilance Commission urged the government to bring private sector banks under its purview. “In a way, the CVC dem­and is contradictory to the P.J. Nayak committee’s recommendation to free public sector banks from government interference and scrutiny by central agencies including the CVC. But, as private sector banks are not under the CVC, many things are happening, For instance, the Yes Bank management problem [an ownership struggle] is continuing, and there is also the RBI–Axis Bank tussle over the NPA issue. The RBI has over the last few months fined both ICICI Bank and Axis Bank over non-compliance with the laid-down norms,” says S. Naga­rajan, general secretary, All India Bank Officers’ Association.

ICICI Bank has been fined Rs 58.9 crore for non-compliance with norms on the direct sale of securities, while Axis Bank has been fined for non-conformance with the asset classification norms. As mentioned earlier, the RBI rec­ently also questioned the fourth three-year extension given to the Axis Bank CMD. In October 2017, Axis Bank, at the behest of the RBI, was forced to reclassify nine large corporate accounts and rebrand the entire sum of Rs 4,875.37 crore in the accounts as NPAs. C.H. Venkatachalam, general secret­­ary, All India Bank Employees Ass­ociation, points out, “It was the second time in 2017 that Axis Bank was forced to bump up its bad-loan count under pressure from the RBI. In May, it reported a previously ­undisclosed soured asset of almost Rs 9,766.6 crore. That time around, it wasn’t the only ­fin­ancial institution to try and hide a bad egg. ICICI Bank and Yes Bank made ­similar disclosures.” In October last year, the RBI had slapped a penalty of Rs 6 crore on Yes Bank and Rs 2 crore on IDFC Bank for violating regulations.

Institutional Investor Advisory Services (IiAS) in a report states that, in 2017-18, the Indian banking sector reported 12,533 frauds, aggregating Rs. 18,170 crore. The public sector Bank of Maharashtra rep­orted the highest ­number of frauds (3,893), followed by ICICI Bank (3,359) and HDFC Bank (2,319). In terms of quantum, Punjab National Bank (Rs 2,810 crore), Bank of India (Rs 2,770 crore) and State Bank of India (Rs 2,420 crore) fared worst. “In some banks, while the aggregate quantum is low, the average fraud size is high. This indicates that the sector needs to urgently revisit and strengthen its internal fin­ancial controls,” says Amit Tandon, MD, IiAS, “Such a high quantum of frauds can be attributed to weak internal ­controls, which can leave an indelible dent on the balance sheet of the bank. Though the banks are paying high audit fees, it is not necessarily ­res­ulting in lower frauds, which means that the overall audit qua­lity needs to be improved.”

Considering that there are, on average, around nine–ten audit processes in the banking system, the frequent failures point to laxity leading to fraud, not only in PSU banks, but also in private sector banks, including those of the new generation. Stating that they are looking into the ICICI Bank case, Tandon says, “One thing could be that the two transactions are tot­ally unlinked to each other. I don’t buy that there is no conflict of ­int­erest….But what we need to understand is what was disclosed.” In 2016, a whistleblower warned of a link between Venugopal Dhoot’s (right) Videocon and the ICICI CEO’s husband Deepak Kochhar (left).

When banks report fraud, they don’t report specific incidents; they only give an aggregate number. Experts feel that banks need to give more granular details about the frauds. At the end of the day, it is not just about it affecting individuals, but something that could affect the other banks as well. Over the years, several banks like Bank of Karad, Global Trust Bank and Nedungadi Bank, among others, have collapsed following large-scale frauds coming to the fore. Venkatachalam says that, since 1969, as many as 36 private banks have been put under moratoria due to mismanagement—and have gone out of existence. Many were merged with PSU banks.

One of the major scams involving ­private banks is the case of Standard Chartered, which survived the turbulence in the wake of the multi-crore Harshad Mehta scandal in 1992. “The PSBs may have a 75 per cent market share, but the number of banking frauds by private banks is five times that of PSBs,” alleges Venkatachalam. “Of the 5,319 cases ­rep­orted in 2017–18 (till September) by 29 private banks, a whopping 3,304 were from ICICI Bank. Similarly, in 2010–11, ICICI reported 10,684 of the total 19,845 cases. The second highest number was reported by HSBC at 2,383 for the same period.”

An online consumer survey by local community-focussed social network LocalCircles in the wake of the PNB fraud revealed that around 35 per cent still ­repose faith in public sector banks, while 43 per cent don’t feel secure but find them the best option. But market experts feel private sector banks are still more acc­ountable than the government-owned ones. “Traditionally, private sector banks have been way more disciplined than their PSU cousins. Even if we go back a quarter-century to the Harshad Mehta / Ketan Parekh scams, except for some multinational banks, all the scammed banks were PSUs or cooperatives,” says Raj Khosla, founder & managing director of financial services marketplace mym­oneymantra.com. Khosla feels, for INS­tance, that fraudulent loan disbursals like the Nirav Modi case are an extreme rarity in private sector banks.

But, as the regulator and the government exchange words on the powers ­bestowed on the RBI to take the necessary action to curb malpractices, every fraud erodes the common man’s faith in money reposed with the banks. The ­current scenario calls for better controls and due diligence to ward off any further scams, whether in public or private sector banks. The final outcome of the ICICI controversy will go a long way towards establishing how serious the RBI is in tackling ­private sector wrongdoing.