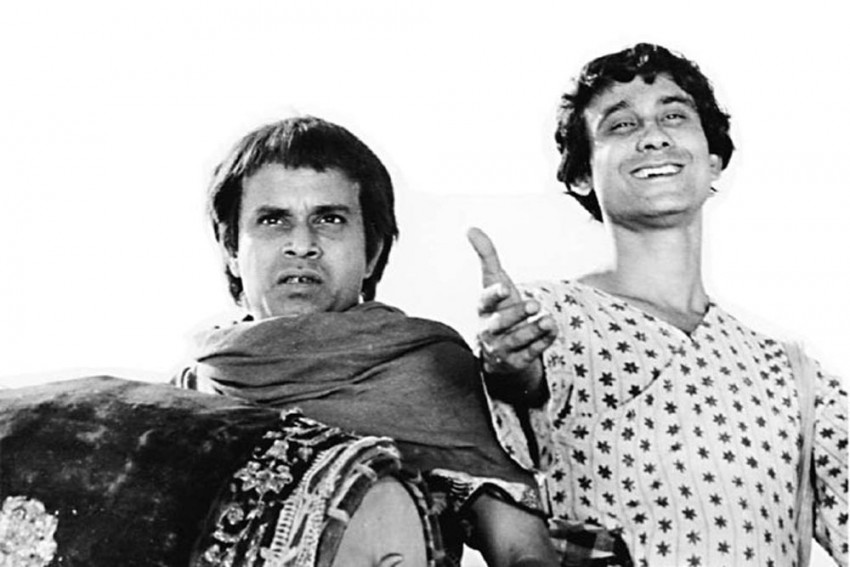 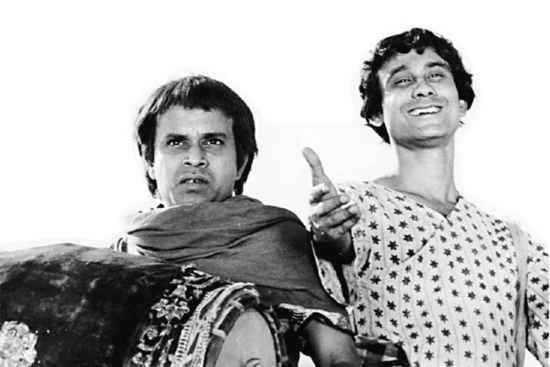 Defying sceptical financial backers, Satyajit Ray went on to make this fant­asy-adventure film, essentially for children. But it soon attained cult status and turned out to be a big commercial success—his biggest box-office hit. Basing the film on his grandfather Upendra Kishore Roy Chowdhury’s well-known Bengali story, Ray crafted one of the most entertaining films for all ages of cinegoers. Initially, it failed to impress critics, as many remained as frosty about the film as his financiers had been. But its commercial success and acceptance among a wider range of audience soon forced them to change their mind. At the root of its success was the excellent casting—the drummer Bagha, wise and shrewd, playing a perfect counterpoint to the simple and artless singer Goopy. And the songs and music of the film, composed by Ray himself, remained one of its most attractive features, particularly the dance sequence of the “ghosts” and the filmmaker’s satirical commentary on the Indian caste hierarchy. Goopy Gyne Bagha Byne also has a powerful anti-war message—in the warm, comically chilling portrayal of the bloodthirsty king. The film’s success led to a number of sequels and also a rem­ake of the movie in Hindi.