'Good Money, But It's Not All Hunky Dory'

Colonel T. Kapoor, the first of the retired officers to serve in Iraq, returned after he was wounded in a guerrilla ambush. Excerpts of his interview to Outlook: 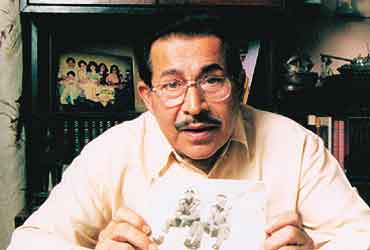 outlookindia.com
-0001-11-30T00:00:00+0553
What made you go to Iraq?
I was the chief vigilance officer of Trig Guardforce Ltd, Bombay. When the company got the security contract for Iraq I decided to go. I'm an infantryman and have fought three wars. When they were recruiting in January their requirement was people from infantry with war experience.

You were injured...?
On February 4, I along with an Indian engineer were driving to Basra. We felt something hitting the car. We were being fired upon from four vehicles which had boxed us in and forced us to stop. I ducked, which probably saved my life. The engineer sitting next to me was killed. I was evacuated and taken first to a field hospital and then shifted to a military hospital in Kuwait. I have lost one eye, have a head injury and came home with 12 fractures.

What would you say to others like you wanting to go to Iraq to earn some money?
It's good money but it's not all hunky dory. You never know what you may encounter because it's a very volatile situation. Besides, the guerrillas have superior weapons like rifle-fired grenades, while security personnel like us are given inadequate weapons like AK-47 rifles. Ordinary Iraqis are generally nice to Indians, but when you are working with the occupying forces, you get targeted by the resistance fighters.

Our Hitmen In Iraq