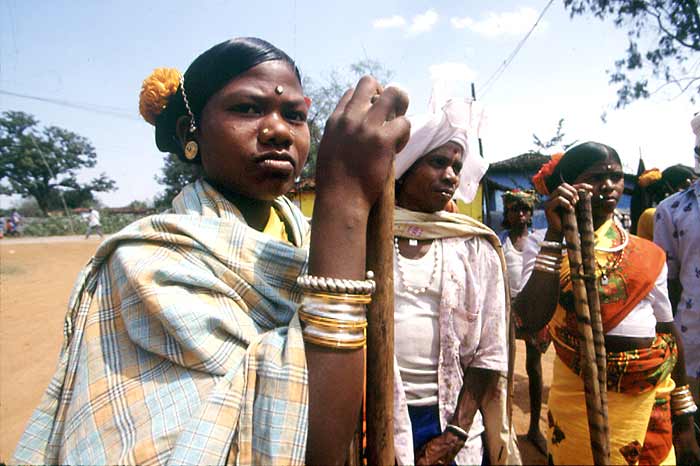 A Mine Of Riches

Mining and Maoism have gone hand in hand for long; India’s deposits of natural resources overlap with Maoist-affected regions. Now comes another major discovery that reinforces this relationship. Through a paper authored by M.L. Dora, K.K.K. Nair and K. Shasidharan, which has just been published in the science journal Current Science, the Geological Survey of India (GSI) has announced the finding of platinum and gold in the western Bastar craton (part of the earth’s crust), a geological entity that covers parts of Maharashtra, Andhra Pradesh and Chhattisgarh. Large parts of the area covered by the craton are Maoist strongholds.

The exact spot where the find has been situated is Gondpipri, in the Maoist-affected district of Chandrapur in eastern Maharashtra. Chandrapur is adjacent to Gadchiroli district, another Maoist stronghold, and is ensconced by Andhra Pradesh’s Adilabad district to the south. Chandrapur has witnessed several Maoist-related incidents, including high-profile arrests, and earlier this week was the venue for an ongoing Jan Jagran Melawa (public awareness congregation) organised by the local administration to try and dissuade the locals from supporting the Maoists. The Chandrapur-Gadchiroli region is covered by large tracts of protected forest, and has a scheduled tribes population of 19.7 per cent.

While the GSI is predictably tight-lipped about any details on its ongoing work, there is a long way to go before mining begins and the metal is extracted. The GSI’s paper, at this stage, is just a declaration of the “occurrence” of the platinum group of metals (PGMs) along with gold in the region. The next stage is prospecting, wherein the extent and quantity of the find will be established, a process that will take a few years at least. The paper’s authors argue that the Gondpipri finding can provide “certain basic field guides for PGE (platinum group of elements) mineralisation in the Bastar craton and may serve as a stimulus for intensified exploration activities in the adjoining areas”, perhaps even taking it to the heartland of the Maoists.

Other than statutory clearances, the mining and processing of PGMs poses an additional problem because, unlike iron ore that is found in large quantities in the earth’s crust, PGMs are extremely rare and only occur in parts per million or billion. So far, there are only a few countries, including South Africa and Russia, which have the capacity to mine and process it. Platinum is extremely precious and usually sells at four times the price of gold. It is used mainly as a catalyst—in as less as a few nanograms per vehicle—to cut pollution. Its other common use is in jewellery. Occurrences of platinum have been reported in Orissa, Tamil Nadu and Karnataka, but there has been hardly any progress in mining it.

But how will the find of these riches in a Maoist stronghold impact the ongoing conflict? Nandini Sundar, a sociologist who has kept a close watch on the problem, says it will “only intensify the government’s desire to clear the area of Maoists”. “But more likely,” she adds, “there will be a rush of small illegal miners. In the 1970s, there was a diamond rush in the Darbha region (in Bastar district of Chhattisgarh)—everyone was rich for a short while—but the only people who made lasting money were the outside traders.”

The discovery of this resource, therefore, is yet another test of the government’s ability to equitably distribute wealth generated from natural resources. The Indian state has often been accused of clearing large tracts of tribal land of any opposition to make way for mining majors. Or, as in the past, will benefits from the exploitation of this new find make their way only to the corporates, leaving locals, who sit on this natural wealth, largely untouched by riches that many argue ought to be theirs first?