A fervour and fanaticism so pounding that it utterly tires one down, rather than offering any highs. 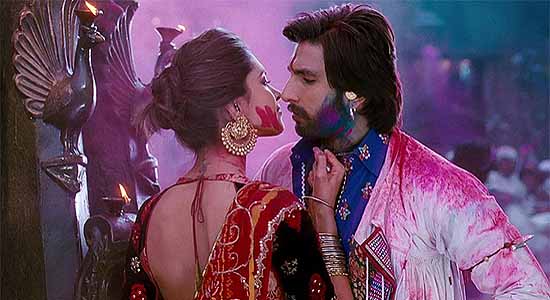 More than its adaptation of Shakespeare’s Romeo and Juliet, Goliyon Ki Rasleela Ramle­ela’s setting is what’s most striking, almost catching one unawares. At one level, it’s the beauty and khushbu of Gujarat that the film sets out to market. It may not be a Gujarat rooted in realism but yes, the sets, colours, textiles, jewellery do scream the lush aesthetics of a Gurjari (remember the iconic Gujarat emporium) on screen. But more than that, it’s the celebration of a new seductive, enticing, sensual and violent Gujarat. Once upon a time, the Gujarati stereotype in popular imagination may have been of someone meek and docile. The film tends to mock it through the character of Leela’s geeky suitor Karsan, and is also playful about the porn-­peddling, boozing (yes they drink in Gujarat) hero Ram. But, lar­gely, it is all about an unbridled sexual assertion, aggression and machi­smo. Despite uph­­olding the power of peace and love in the end, which most Bollywood love stories eventually always do, the most telling visual of GKRR for me is Ranveer’s glisteningly oiled, severely muscled and overly gymmed-up body juxtaposed against the posters of Ram in the song that goes Tatad tatad. Is  the director making a statement here or am I reading more politics than what the image deserves? Whatever it may be, that picture has been my takeaway from the film.

If there was just one word to sum up Sanjay Leela Bhansali’s vision, it wouldn’t be excess (which is his territory anyway), but unbridled frenzy. Be it the characters, their relationships, their lingo, the music and dance and even the placement of the choreographed folk set pieces—there’s a stra­nge, unrelenting zeal underlining them all. A fervour and fanaticism so pounding that it utterly tires one down, rather than offering any highs. In the process, the story-telling gets stilted and turgid rather than engaging.

A randomness defines things in the film; so one minute the dialogues rhyme irreverently and are filled with innuendoes and the next minute lapse into the inane. Yes, the film is horny as hell. But even the lust feels ever so contrived and overwrought. The hero is perennially gazed at by the filmmaker and the viewers through the eyes of the heroine. Leela is as headstrong as the Nandini of Hum Dil De Chuke Sanam and also coming quickly on the heels of a Shu­ddh Desi Romance. She is the ultimate new stereotype of a liberated woman in Hindi films whose independence lies in wearing handkerchief-small cholis and planting a 100 smo­uldering kisses on the hero, yet adamantly sta­ting that her “pehli raat” will be “Ram ke saath”.