Indian civilisation derives from no utopian ideal; it was founded on, and as, a crossroads 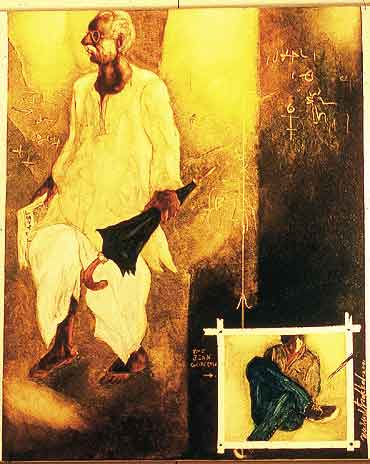 The second view, which is radically opposed to the first, and which today finds more extensive political expression than academic support, is the idea that some very stable and autarchic notion of India has been around for a very long time, indeed from the time when a classical Indian civilisation put down its roots in the Indo-Gangetic plain. This is a view that sees Indian society in terms of three (or two-and-a-half) phases: a formative one, ending at the close of the first millennium of the Christian era; a second phase of confusion and decline that is roughly coterminous with Islamic rule, and then a third—which may yet be incomplete—of resurgence and a return to the roots. We can all identify the crudest versions of the latter view in the writings of the ideologues of the rss or their Neanderthal counterparts elsewhere, including rabble-rousing European journalists in India, but the problem is that this view is far more widely shared than one often suspects.

Some thoughts on 'India' as a term may be useful to set the stage. The word itself derives, most of us know, from the medieval Arabic term 'Hind', which is itself a deformation of the far older and far more limited 'Sind'. When one reads the Arabophone encyclopaedists and geographers writing in medieval times, it soon becomes clear though that they are quite ambiguous as to the limits of 'al-Hind'. Of the core areas, there is little doubt: everyone includes the Indo-Gangetic plain from the Punjab to Bengal. But the status of the peninsula is already less clear, and we know that as late as the 15th and 16th centuries, 'Hind' and 'Hindustan' sometimes did not include the Deccan and areas south of it. If this minimal view exists, there were also other writers who thought in medieval times that Indonesia, Thailand, Cambodia and (in a few odd cases) even Yemen all belonged to Hind. All in all, we have three major geographical categories that stand out in these materials: Hind, Sin (or China) and Ajam (the Persian-speaking area). The problem was that the borders of the three were not unambiguous.