A PIL seeks a ban on websites promoting sardarji jokes. Some Sikhs Outlook spoke to find it seriously laughable. 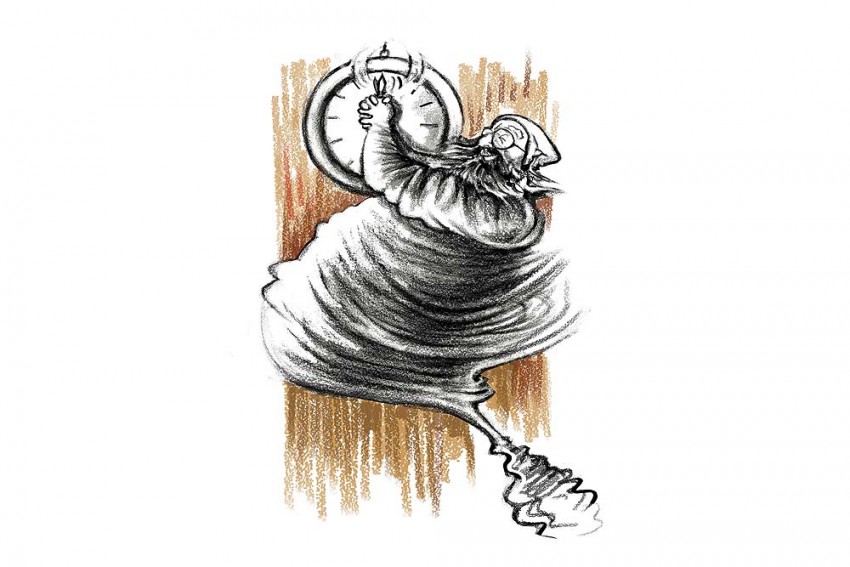 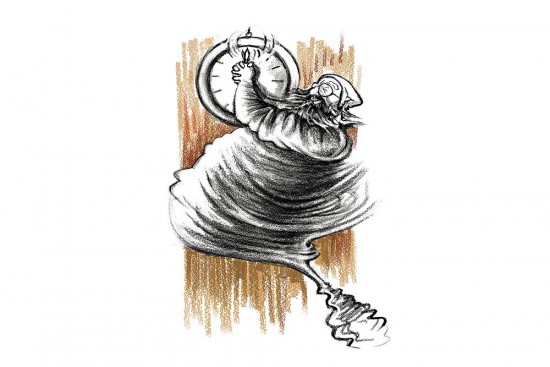 Santa and Banta are the talk of the town again, and this time for no fault of theirs. They have come under the judicial scanner with a Sikh advocate moving the Supreme Court seeking to ban over 5,000 websites that circulate Santa-Banta jokes. According to the petition by Harvinder Chowdhary, such jokes project Sikhs as “persons of low intellect, stupid and foolish etc”. It also says they go against the fundamental right to live with dignity, as defined under Article 21 of the Constitution. Chowdhary says, “I know the petition seems strange, but I am on something else. The kids in the community are thoroughly demoralised. I am married into a Hindu family. My daughter and son do not want the Kaur and Singh tags with their name. They say friends make fun of them.”

When the petition came up before the court, a bench of Justices T.S. Thakur and V. Gopala Gawda took an appropriately light line of questioning. “Why should we ban such a thing?” Justice Thakur asked. “The community is known for its great sense of humour. Didn’t the great author Khush­want Singh write jokes on Sikhs?” The judge then drew senior lawyer Abhishek Manu Singhvi, who was in fact there for the next case (the Aircel-Maxis case involving Dayanidhi Maran), into the dialogue and consulted him. And the bench jokingly suggested that the petition could maybe be sent to Justice J.S. Kehar, a Sikh to be sure.

Santa-Banta jokes have been around forever. There is always one uncle in a party in any northern town who will start with his repertoire of Sardarji jokes—to regale, or to bore, according to his ability to fling or flub the punchline. And as the petition pointed out, there are thousands of websites churning out an endless supply of Sardarji jokes. Writer and journalist Khushwant Singh created a cottage industry out of them: he wrote nine joke books, besides including one at the end of each of his columns in Hindustan Times. His son Rahul Singh, also a journalist, says, “People like this lawyer should be made to pay costs for wasting the time of the courts on frivolous matters. I’m outraged that something like this has even been filed.” He narrates how the Shiromani Guru­dwara Prabandhak Committee once wrote to his father asking him to stop carrying Sardarji jokes in his column, and Khushwant Singh had replied: “Go to hell!” “That’s exactly the kind of response such petitions should get,” he says.

This is not the first protest against Sardarji jokes. In 2005, a group of Sikhs protested against a scene in the Pritish Nandy Communications (PNC) film Shabd, in which Zayed Khan tries to cheer Aishwarya Rai by telling her a sardarji joke. As he begins the joke with the words “There was a Sardarji”, Aishwarya starts giggling. This didn’t go down well with some Sikhs, who served a legal notice on the filmmakers. The filmmakers issued an apology and said they didn’t intend to ridicule anyone, but the censors anyway had the scene del­eted. In March 2007, around 25 Sikh youths from Sikh Media and Culture Watch (SMCW) demanded the arrest of Ranjit Parande, a book-seller, for stocking Santa-Banta joke books. Based on a complaint, the Mumbai police arrested Parande under Sec 295 of the Indian Penal Code for “hurting religious sentiments.” In December 2007 came the turn of India’s second biggest mobile operator Reliance Communications and its head Anil Ambani to come under the Sikh scanner. After the company sent a Sardarji joke as its ‘joke of the day’ via SMS, it was charged by Lucknow police for “insulting a religion or faith”.

“When I read about the PIL, it saddened me that people want to ban this genre of important discourse. In addition, a ban cannot make these jokes disappear, as they live in day-to-day oral discourse and are generated every minute,” says Jawaharlal Handoo, a professor, and aut­hor of Theoretical Essays in Indian Folklore. Handoo has also written a research paper on the Sardarji joke cycle. He explains that Sardarji jokes are based on an ethnic stereotype, making “a maj­ority of the populace feels superior to a minority”. Many claim that the jokes are the result of a deep, dark anxiety within non-Sikhs’ collective consciousness. They say the “success story” that is the Sikh community has invited an anxious glance or two from other communities.

There is also a view that Sikhs taking offence must realise that the jokes in essence are about the discourse of success of this community. They argue it is not a negative discourse, as the Sikhs are loved, trusted, respected, treated well, and sometimes even worshipped and honoured and remembered because of these jokes. The case of the Jewish people is same but they have not asked for a ban. They enjoy jokes about them. “I will be a sad man if Sikh jokes are taken to the court rooms. God bless the Sikhs and God bless the Sikh joke. Let us all laugh and enjoy our lives,” says Handoo.

Mansimran Singh, a master potter, says it is absolutely ridiculous to take this serio­usly. “Every community has their own jokes—Muslims, Irish, you name it. So why this sudden need to revolt?” he asks. He is quick to narrate his favourite Santa Banta joke.

Santa to a Brahmin: Can you teach me Sanskrit?

Brahmin: Why do you want to learn Sanskrit?

Santa: If I go to heaven, I will need to converse in Sanskrit.

Brahmin: What if you go to hell?

Santa: I know Punjabi for that!

Surjit Bhalla, economist and columnist, and a Sikh who doesn’t sport a turban, agrees with Mansimran Singh. “I think the Supreme Court PIL asking for a ban on websites that promote Sardarji jokes is the stupidest thing I have ever heard of. I don’t know what kind of authoritarian society we live in, where we can’t even crack jokes at ourselves!” he says. Speaking of Sardar jokes, Bhalla gives his favourite:

In 1940, Muslim and Hindu leaders dec­ided India must be partitioned. So why did it take seven years to happen? Because the fight over where the Sikhs and Pathans would go wouldn’t end.

Contrary to this light view on the subject, senior advocate in the Delhi High Court H.S. Phoolka emphatically agrees with the PIL. “Some of the jokes on the Sikh community are intolerable to say the least, and the PIL is a step in the right direction. They cross limits and are hard to let go of,” he says. The PIL, first of its kind in the Supreme Court, however, is probably yet to gain the intended measure of seriousness. After a brief hearing, the bench asked the petitioner to file additional documents and previous judgements of the court to substantiate her plea and has allotted for January 4, next year. Meanwhile, Chow­dhary continues fishing for a serious argument to initiate web-filters to prevent circulation of Sardarji jokes.

Santa: You broke off your engagement with Meena?

Banta: She wouldn’t have me.

Santa: Did you tell her about your rich uncle in Mumbai?

Banta: I did. She’s my aunt now

Santa calls the police station: Listen my friend is hurt and I need help.

Operator: Could you tell me your exact location please.

Operator: Could you spell that please?

Santa couldn’t. He runs with the phone, crosses the road and replies huffing and puffing, “Minto Road”.

Banta: If I guess how many, can I have one?

Santa: You can have both.

Banta sent an SMS to his pregnant wife. Less than a minute later, the rep­ort came on his phone and he started dancing. The report said, ‘delivered’.

Banta walked through the forest when he heard someone crying for help. He found a dwarf with magical powers stuck in a trap. He freed the dwarf, and the dwarf granted him two wishes.
“My first wish,” Banta said, “is a bottle of whiskey that will never go empty.”

And flash, there was the bottle. Banta opened it and drank it empty. The next moment, the bottle was full again, so he was very happy.

“Your second wish?” said the dwarf.

And Banta says, “Another bottle!”

By Stuti Agarwal with Chander Suta Dogra and Siddhartha Mishra