Goin' For The Toss

An American Pro Cricket league. Will the ABCDs pay to see sixers? 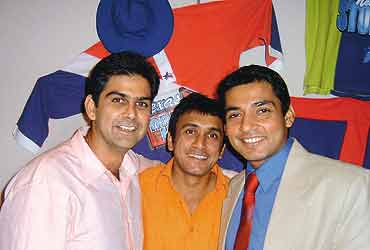 He got the idea first, and in America that's half the gain. If the New Jersey man can stretch cricket's popularity here and cash in, he will have shown the Indian entrepreneurial spirit on yet another frontier. But that's a big IF. Major League Soccer is struggling and at least three football leagues have died.

So professional cricket in America, you ask, a country that usurped the term "football" and forced the rest of the world to call it soccer? To be sure, it will be an Americanised version of the game, shortened further from the one-day format, jazzed up and made easy with "designated hitters" and such for the weekend cricketers who will form bulk of the teams. Patel's planning big, wants to turn New York mayor Michael Bloomberg into a bowler—or shall we say "pitcher"—for the first ball on July 2 when Florida Thunder will crash into the New York Storm. The names and colours have already sparked mirth in chatrooms—LA Unity got immediate howls from cricket bloggers as utterly uninspiring.