Goddammit! A Vasudev And His Radio Wave!

India, 2000 BC. Stewing in its own mythology, a ripping fantasy yarn has the mortal Shiva look evil in the eye. 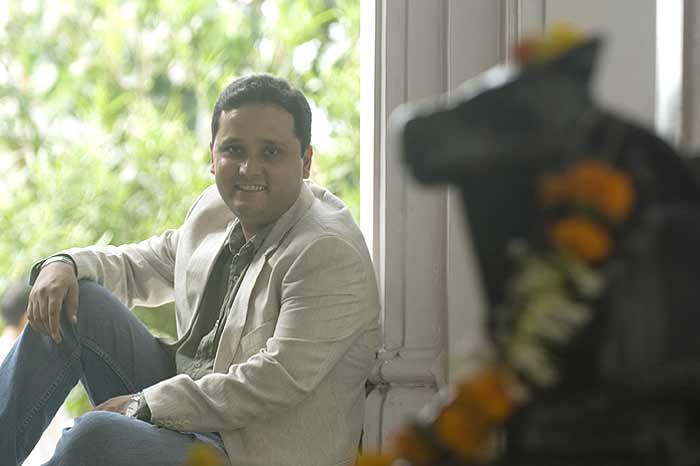 It was about three years ago that I received a call from someone named Amish. He introduced himself as an alumnus of the business school I had gone to, said he worked in insurance, and had written a novel. So would I read it and give my comments? A few days later, his self-published book, Shiva: The Man The Legend (it had apparently been rejected by every publisher he had approached), arrived by courier. I was intrigued by the basic premise—that Shiva was not a god, but a flesh-and-blood man who came to be revered as a god, and was finally claimed by the Hindu pantheon.

What I found was a clever mix of mythology and imaginative leaps from the smattering of facts we have about the India of 4,000 years ago, wrapped in a gripping tale that combined lots of action with deep yet accessible philosophy. The central character of Shiva was endearingly human, a marijuana-smoking uber-warrior who uses expletives like “Goddamnit!” and “Shit!” and goes all weak-kneed when he falls in love. I found the book hugely entertaining and when Amish called next, I put him in touch with a literary agent whom I’d met in a bar a few months before.

Some months later, Shiva was published as The Immortals of Meluha, the first part of the Shiva Trilogy, and went on to be a runaway success. Now comes The Secret of the Nagas, the second part of the trilogy. And the second part is arguably the toughest to write, since it’s at the centre of the arc of the plot, where the trajectory could very easily flatten out. The writer has to keep the momentum of the first part going, while setting up all the pieces for the finale, scattering around a few clues to tantalise the reader enough to stay with the storyteller for the full journey.

But Amish does not disappoint. Mysterious hints dropped in Immortals get explained, the scale widens by several orders of magnitude, and the nature of Shiva’s quest becomes more complex, even as its ultimate goal becomes much more fundamental.

The story: Tibetan warrior-tribesman Shiva arrives in Meluha (which is the name by which ancient Mesopotamian texts refer to the Indus Valley civilisation), land of the Suryavanshis, who are obsessed with order and structure, living strictly by the edicts of Lord Ram. The yang to the Suryavanshi yin are the Chandravanshis of Swadeep, who believe in freedom and individual choice. Shiva is recognised in Meluha as the Neelkanth, who, according to legend, would one day appear to destroy all evil, and become a Mahadev, the great god. The Suryavanshis believe the Chandravanshis to be evil, in cahoots with the Nagas, people born with physical deformities who have been exiled by the Suryavanshis, and made their home in the vast and deadly Dandak forest south of the Narmada. Shiva is initially flabbergasted by the new role thrust upon him, but gradually accepts it, while being secretly counselled by the Vasudevs, a mysterious Brahmin sect set up by Lord Ram.

Soon, Shiva realises that people often confuse “different” with “evil”. The Chandravanshis and the Nagas are merely different, not evil. Evil is a concept so vast as to be nearly incomprehensible to human beings, which draws them to it to serve its purpose. Yet evil is also inextricably linked with good, with the greatest evil coexisting as a complement to the greatest good; the Neelkanth’s role is to take evil temporarily out of the equation when it threatens to annihilate good. Yet, as Shiva fights his way towards his goal, evil remains, chameleon-like, and The Secret of the Nagas ends with its hero—and the reader—getting only glimpses of the actual war he is a part of, one being fought for the future of India between covert ancient cults and belief systems.

Like all good fantasy writers, Amish has been able to create a well-detailed world with its own geography, history and mythology, and he adds a quirky charm to his tale with dashes of modern science—the somrasa that the people ingest for an incredibly long and healthy life is actually a powerful anti-oxidant, the Vasudevs communicate their thoughts through radio waves using high temple spires as transmission towers. The Secret is furiously packed with action and intrigue, and leaves the reader guessing how it will all end up. For that, we will have to wait for the third and last novel about Shiva’s quest.