Does the success of veggie stars stem from the leaf? 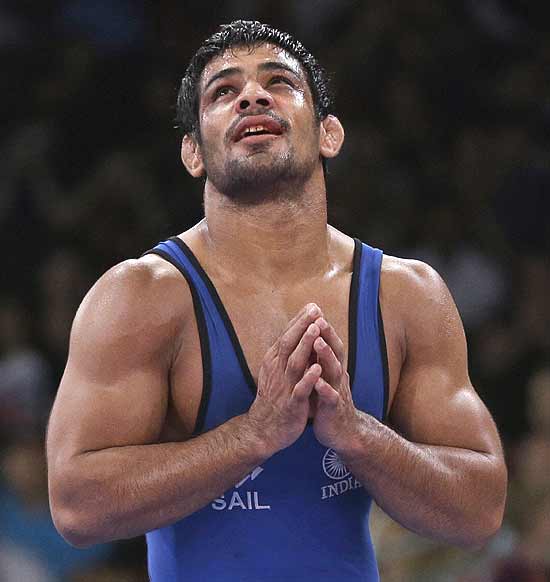 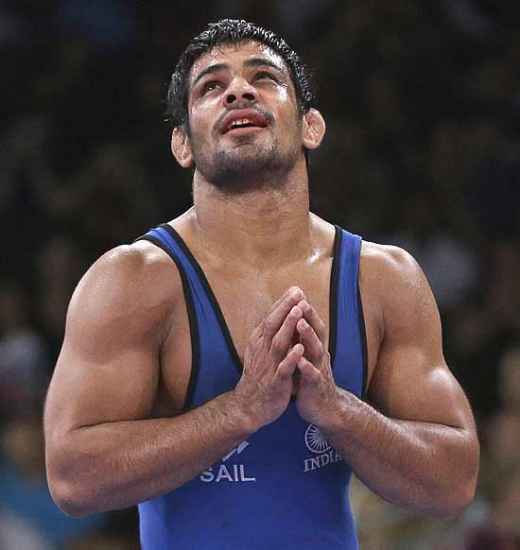 Did wrestler Sushil Kumar really bite his opponent’s ear in the 66-kg freestyle wrestling semifinal? When he pointed out, tongue-in-cheek, that he couldn’t possibly have done any biting as he was vegetarian, his fans were taken by surprise: their beefy silver medallist, a mere leaf eater? But they may have missed Sushil’s winning smile on an old PETA poster. Other signs of a meaty vegetarian sportstar clique might have passed them by too: legendary US athlete Carl Lewis has been vegan for over 20 years. Tennis stars Venus and Serena Williams turned vegan early this year. Closer to home, Javagal Srinath, once labelled the ‘world’s fastest vegetarian bowler’, has been one most of his life. Now Sushil and India’s other Olympian poster boy, wrestler Yogeshwar Dutt, are new members. More sportsmen are also taking the veggie message public. Joining PETA are cricketers Anil Kumble and Murali Karthik.

Does this poke more holes in the theory of the great meat diet? Have we really made too much of meat’s protein benefits, especially for a sportsman? Champion boxer Mary Kom hooks for her dry meat and dry fish diet. “It’s not just about performing well. Meat is essential for my health and well-being.” Fellow pugilist Akhil Kumar underplays his ‘hardcore non-vegetarian’ identity, “It’s not like eating meat can win you a medal. Your performance depends on the overall system of training you follow. While I eat meat regularly, I take care to go on a meat-free diet while training for a tournament because vegetarian food keeps my energy levels up, and helps maintain my weight, which is essential for a good performance.” Akhil’s admission would seem to validate wellness expert Dr Shikha Sharma’s assertion: “It’s the biggest myth that vegetarian food is deficient in protein. In fact, a vegetarian diet is far better for those who play sports as it is low on acidity, which helps better concentration.”

Yogeshwar, who won India a bronze in tbe men’s 60kg freestyle wrestling category, says he turns to a largely liquid diet a couple of days before an important match. “When I travel for a tournament, I stick to a diet of juices. I may have a banana just before a match but nothing more,” he shares. On other days, protein and vitamin supplements add bulk to his daily vegetarian meals, which comprise mainly fruits, green leafy vegetables, almonds, wheat rotis and buffalo milk.

Just the kind of diet approved by Sushil’s coach Yashvir Singh. “The point is not as much whether meat is good for sportsmen or not, but making the best of what is readily available. Most wrestlers in north India are vegetarian, and many come from rural areas, where we have excellent access to high quality milk, ghee and butter. Plus, we are so accustomed to a meatless diet, given centuries of community tradition, that it seems unnecessary to switch to meat,” he explains.

‘There are subcultural layers to the Indian sportsman’s diet. It’s not whether it’s veg or non-veg that matters. It’s how it’s made.’

Like the vegetarian wrestlers of Haryana, fed heartily on dairy protein and complex carbohydrates, what works for an Indian sportsperson has subcultural layers, believes Hakimuddin Habibulla, founder, Winning Matters Consulting, a sports consultancy. “A sportsman’s diet in India does not depend as much on whether it’s vegetarian or not, but how the food is cooked, which varies in different parts of India. So a really high quality diet of eggs and milk can certainly bridge the gap for a vegetarian sportsperson who may even be healthier than an average non-vegetarian sportsman who eats overspiced or overcooked meat. Again, there will be a difference in what is consumed by an urban sportsman fed on polished, refined food, and his rural counterpart who may have access to a powerhouse diet of corn and dairy products.”

In addition, the faddish use of supplements, especially amino acid ones in the case of vegetarians, has blurred the debate, he points out. Of course, a sportperson’s diet also depends on the sport he plays, the intake differing greatly from individual to individual. A sport as strenous as boxing, athletics, swimming, weight-lifting could well do with some animal protein for quick recovery after extreme muscle breakdown, he adds. Apart from supplements, there are vegetarian options like steamed sprouts, mushrooms and other superfoods that aid recovery just as nicely, counters Dr Sharma.

Experts are in agreement about it not being hard going for a vegetarian sportsman in India, with no dearth of healthy vegetarian options. “It’s when we travel abroad that a restrictive diet can become an issue,” feels former hockey captain and COO, Olympic Gold Quest, Viren Rasquinha. “In certain European countries, it can be tough to find pure vegetarian food, and you have to depend only on salad and fruits.” Javagal Srinath had to nibble on chicken sandwiches while on tour duty abroad, due to the unavailability of good vegetarian fare in his heyday. “But now, there is really no issue in being a vegetarian sportsperson,” he says.

Happily for the vegetarian brigade, the going does indeed look to be getting easier; this time around, at the London Olympics, coach Yashvir Singh was pleased with the spread at the Indian food counter. “We got everything we wanted: vegetable curries cooked Indian style, rotis, dry fruits, honey...you name it and it was there.” It looks as though the case for a meat-free sports diet just got meatier.

The Flash Is Off