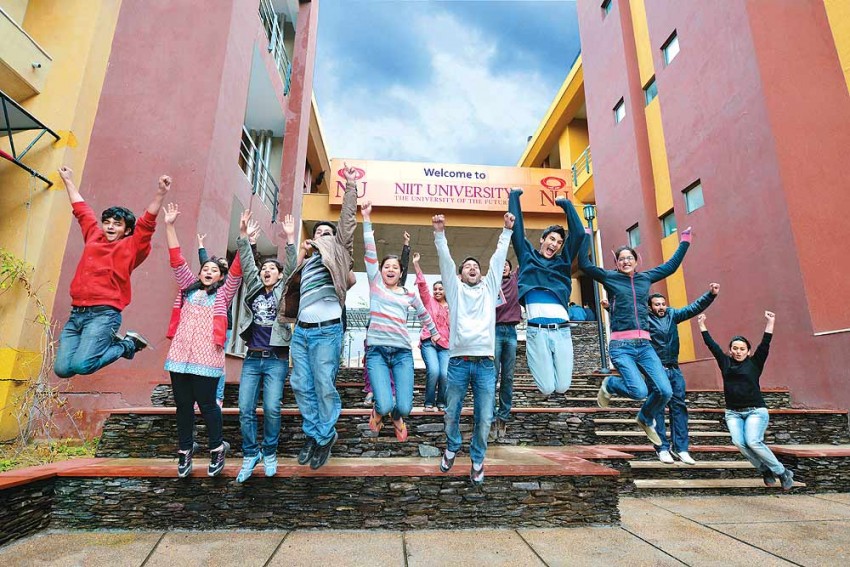 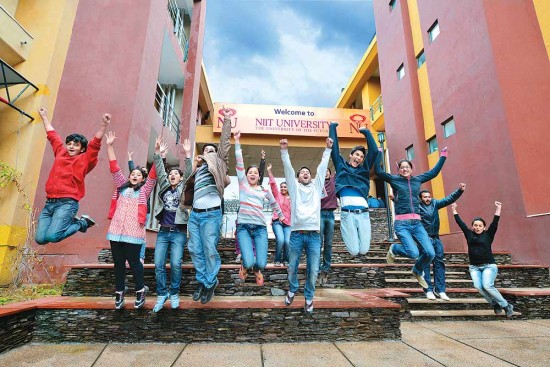 They are well funded, have excellent infrastructure and promise an alternative and a new approach to higher education. Welcome to the world of corporate-led private universities, a reality India is gradually waking up to.

Most top business houses now want to get into higher education either as a business venture, corporate social responsibility (CSR) requirements or as part of philanthropic activities. Promising unique value proposition in education, many are focused on requirements of specific sectors, while others are more broad-based in courses and syllabus.

The top advantage of private/corporate universities is that of providing a very high benchmark of standards.

Says Rupamanjari Ghosh, vice-chancellor, Shiv Nadar University, Greater Noida, “In the 1990s and 2000s, philanthropy was not on businesses’ agenda. Now, they are quite alive to it. People started pitching in and now it has got structured. Many of these universities are not CSR; they want to bring in good education system in India.”

Many show their foreign linkages and promise a new approach to education inspired by the cross-discipline approach followed by private US varsities. In India, where demand for higher education far outstrips supply, these universities are opening new avenues for students.

One of the most important aspects driving these universities is availability of corporate funds. While government universities function on tax payers’ money, which is hard to come by and has strict accountability standards, corporate houses are liberal with funds. Their centralised decision-making often makes it easier for sanction of funds and fast rollout of projects. 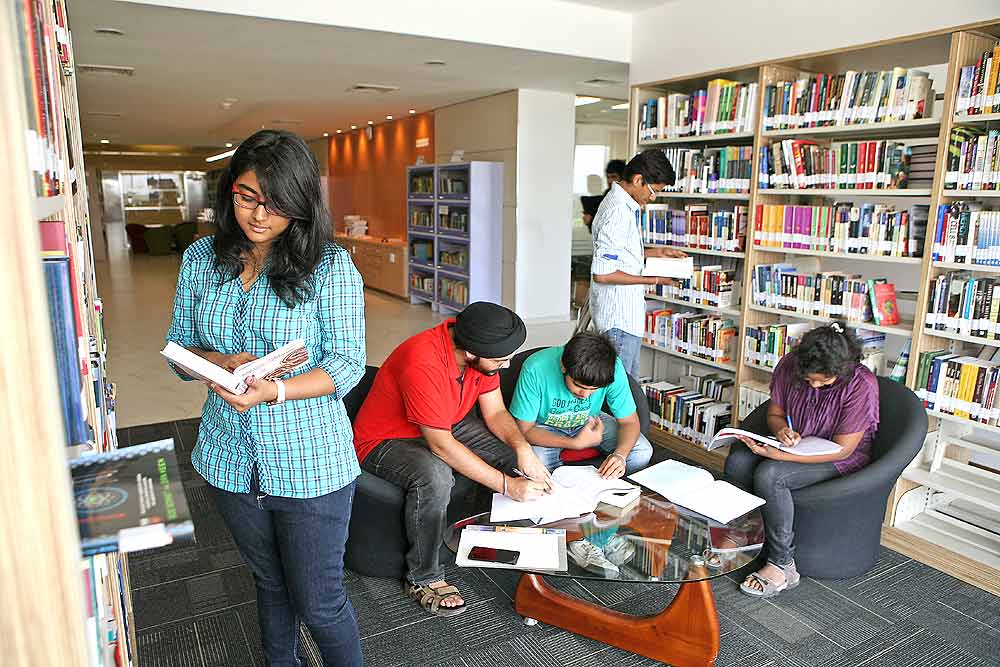 In the library at Shiv Nadar University, Uttar Pradesh

But, unlike state universities, funds could be limited over a long period for private universities. Says Pramath Raj Sinha, founding dean, Indian School of Business, and co-founder, Ashoka University, “In private, there is some pressure on making the economic and financial model self-sustaining over time, so that private funding and donations are not going into a bottomless pit.”

Dilip M. Nachane, director, IGIDR, Mumbai, says that private educational enterprises have been an integral part of our higher education system. In recent times, many have been accorded deemed university status and the official policy has become more receptive to their presence, resulting in a proliferation of private varsities both Indian and foreign.

But there is considerable difference among the institutions in terms of qua­­­­lity of training, scope of subjects taught, administrative set-ups, and social commitment. Some have emerged as world-class centres of excellence, while others have fallen short of the mark. Yet, there is sufficient commo­nality among the educational services provided and the problems posed by these institutes.

Nachane, a former vice-chancellor of Manipal University, states that in theory, private universities are ideally positioned to provide high quality education. They enjoy advantages like a more comfortable funding structure compared to state and even central universities. Further, they are relatively free of political interference—that bane of state universities. Consequently, they face far less stud­ent and teacher agitations. Not being hampered by unwieldy bureaucracy, “they can respond quickly and flexibly to emerging needs in education. For example, many universities immediat­ely started courses on intellectual pro­­­­perty rights as it emerged as an imp­­ortant issue at the WTO. Simila­rly, in recent years, Data Analytics has become important in the corporate sector, pro­­mpting several private universities to start courses. Contrast this with the situation in public universities, where syllabus modernisation remains hostage to unwieldy boards of studies and obstructionist bureaucracies,” says Nachane.

Perhaps the most important advantage of private and/or corporate-fun­ded universities is that of providing a competitive benchmark of standards, which could spur public universities to improve standards. “There is no denying that many private universities are oriented primarily to serve the needs of the corporate sector. This means that the emphasis is mainly on management education. Natural science subjects rec­eive little attention and the liberal arts virtually nil,” opines Nachane. 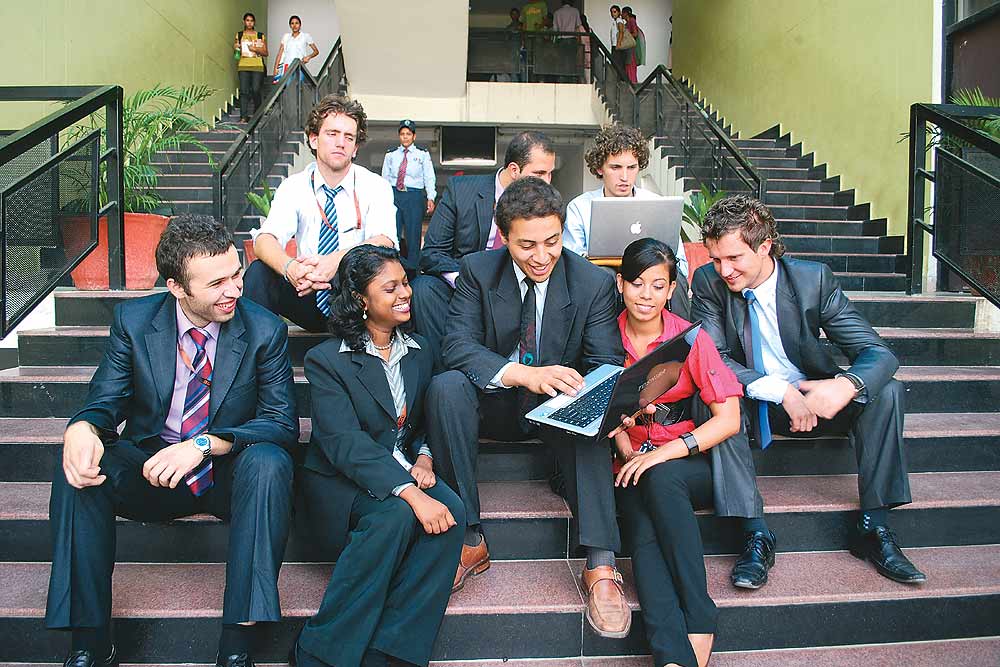 Ghosh states, “An independent philanthropic sector is needed to increase experimentation without bothering about using tax-payers’ money. Only then can one take calculated risks.”

The other thing is curriculum and approach. There is hardly any multi-disciplinary research happening at India’s old universities—a common feature in private US universities. Although the IITs have only recently introduced humanities and English, corporate and private universities in India have started with such an approach. “Today’s problems are not restricted to any one discipline and unless you have a multi-­disciplinary approach there cannot be any inter-disciplinary problem solving. Our engineering curriculum has creative designing. We teach social sciences, hardcore sciences and then engineering. The teaching and learning process have all changed. This will make students 360 degree human beings rather than one-dimensional,” says Ghosh.

In corporate universities, it is not students alone who are made familiar with application of knowledge but also faculty members, who are encouraged to work for six months to a year in industries related to their specialisation to understand evolving industry needs, challenges and market realities.

Accordingly, some new corporate universities are involving even undergraduates in research and have engineering, humanities and management under the same roof to encourage inter-disciplinary interactions. Says Prof V.S. Rao, vice-chancellor, NIIT University, “The best practices of industry form part of the corporate universities. Because of industry linkage, we send our students to the industries for a period of six mon­­ths to work on live projects, which is of direct interest to the industry, as a regular employee.”

A private university is much, much more expensive than a state-run university, but admission systems are stringent too.

Others emphasise on social contributions through education. Anurag Behar, vice-chancellor, Azim Premji University, states, “Our university has been established with a clear social purpose--to contribute to social change for a more just, equitable, humane and sustainable society--through our teaching programmes, research and deep engagement with the real world. Our research programmes go deep into issues of education, sustainability, governance, economic development and livelihoods. Our programmes are often the first choice for students interested in contributing to society.”

While private universities are trying to change education modes, they face an acute shortage of quality faculty. While traditional universities, buttressed by their old reputation, manage to find some quality faculty, private varsities have often found it difficult to attract good talent. Most, therefore, tend to depend on guest and overseas faculty members.

Shiv Nadar University for instance, taps on to the Indian diaspora and has a strong team of NRI faculty. Ghosh also boasts that her university has more IIT PhDs than the IITs themselves, while the IITs face a shortage of faculty. Last year, IIT Delhi had a shortage of 400 faculty members, while IIT Bombay had a shortage of 350.

But this approach has its own critics. Says Nachane, “Because of the over-reliance on foreign teachers, syllabi and courses taught in the social sciences (such as economics) have marginal relevance to Indian realities. The better among private universities tend to become elitist enclaves, taking the cue from foreign universities, with very little interaction with other universities (public or private) within India.” 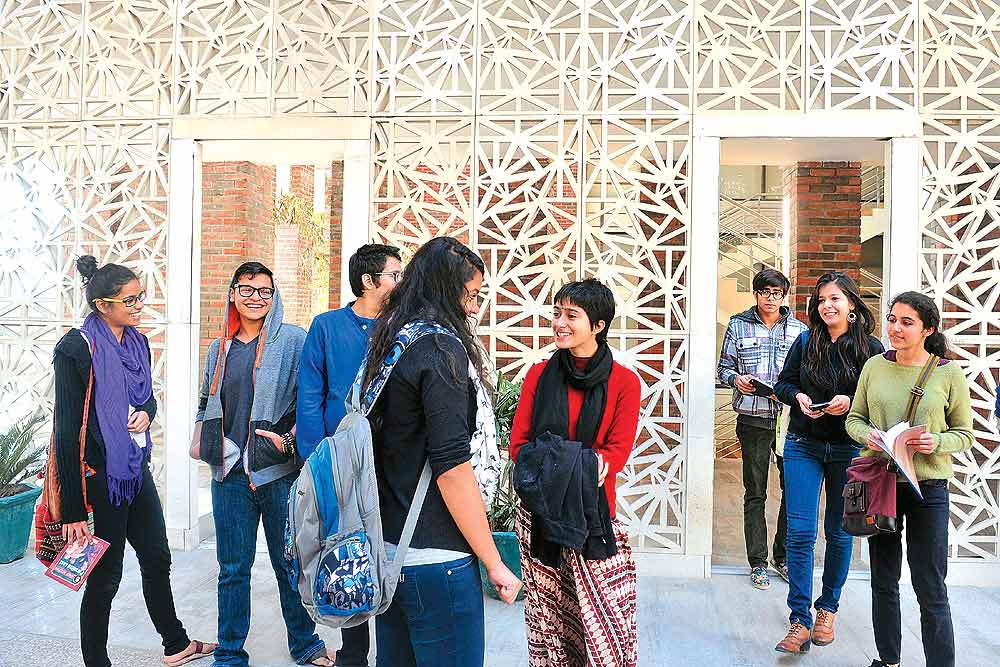 Is getting into a private university easy? Given the stringent systems of admission, in most cases it is not. Shiv Nadar, for instance, has its own admission test system, which evaluates students on many parameters, many do not allow any­one scoring less than 80 per cent in class 12 to apply. Others have similar systems. Says Ashoka University’s Sinha, “Ashoka’s admission process is more holistic than most. It’s not just based on marks, rank or an entrance test, but evaluates various aspects of a student’s potential.” Mostly, only the most meritorious or talented are selected in the best of corporate-led private universities.

Ashoka’s Sinha concurs, “High quality higher education is expensive, and around the world it has always been for the elite. Even in India, the cost of high-quality education incurred at an IIT or IISc or IISER or IIM will come to Rs 25 Lakh for 3 years. This...is public information.”  As many private universities are philanthropically funded and are truly non-profit, Sinha points out that many of them spend a lot on scholarships to make sure that the common woman can also avail of the opportunity if she merits admission.

Naturally, many criticise the approach of corporate-led universities. Pritam Singh, a seasoned educator and former director of IIM Lucknow, feels their approach to education is flawed. “They have not delivered because you cannot manage universities like you manage companies. You cannot superimpose management principles on a university. That is why some have had to close down their divisions, while others are having problems. There are tremendous problems in governance related issues.”

Despite the criticisms, corporate-led private universities have brought in a new approach to higher education along with a strong social connect, which is essential for our times. With their foreign linkages, they have also provided access to external knowledge and new ideas. It remains to be seen if, in the long run, these universities look beyond industry specific interests to deliver on quality education, and help improve the employability of millions of young job seekers. Sustainability of their business models and ability to attract the best of young talent are areas that are still yet to be fully tested. But they have their sights trained on the correct targets.