Giving Nine Of The Best

Wisdom for BCCI to avoid such all-round stinkpots. They deserve a few more. 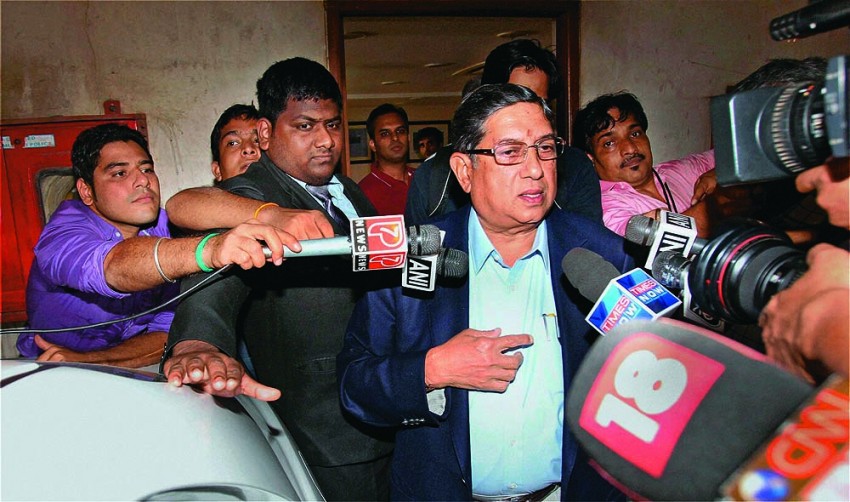 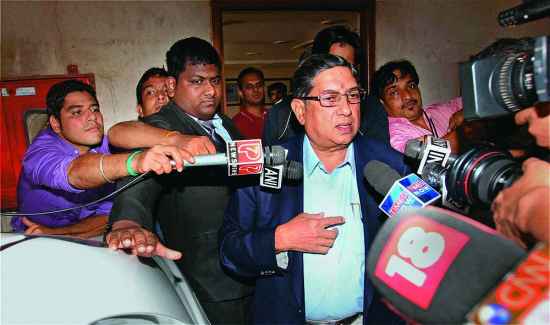 Would Sreesanth have dared to be in cahoots with Jiju Janardhanan and be the onfield actor of a spot-fixing racket if he was aware of the sharp eyes of a BCCI vigilance committee on him? Would Ank­eet Chavan or Ajit Chandila have even thought of making money on the side if they saw the past masters of match-fixing get exemplary punishment? What started as a ring of a ‘few rotten eggs’ has now snowballed into a major scandal, with everyone from former BCCI and ICC chief Sharad Pawar to Jyotiraditya Scindia demanding a ‘clean-up’. Between what is officially said and unofficially hedged around, it is now accepted that the rot in Indian cricket runs deep. Some say only an upheaval akin to the mythical ‘samudra manthan’ could salvage the (now mythical-sounding) image and spirit of cricket. But the situation is not without hope. A number of experts, past players and cricket thinkers we spoke to say the malaise in the BCCI can be, well, fixed. Here are nine ways to do it.

“Let IPL be run by sports administrators, ex-judges and bureaucrats. It would create a balance of power.”
A.C. Muthiah, Former BCCI president

1. Open BCCI’s books to public scrutiny. Till recently, it was registered as a charitable organisation in Tamil Nadu. Despite being cricket’s richest sporting body, it received multiple tax exemptions till a few years ago. However, the income tax department no longer grants those benefits and it now falls under the ‘business’ category. There have been persistent demands to subject the board to the scrutiny of the Right to Inf­or­mation Act to ensure transparency. Des­pite some activists and ministers sup­porting the move, the BCCI staved off what they regarded as a challenge aga­inst its authority. “Any organisation that gets any government benefits sho­uld come under the purview of RTI,” says Naresh Makani, who filed a criminal complaint against N. Srinivasan and others for being cheated as a viewer. Experts say bringing the BCCI under RTI would not only ensure more financial transparency but also better representation and administration. Under the RTI Act, there is a provision to scrutinise files of a ‘third party’ (in this case the BCCI) in larger public interest through the charity commissioner. It is time cri­cket lovers get to see the balanceshe­­ets of a charitable trust that mints money.

2. It needs a regulator. One way to ens­ure accountability would be to bring the BCCI under the Union sports ministry. If every other sports governing body is under the sports ministry, why is the body that governs cricket—India’s premier sport and its only money-spinner—a law unto itself? “Some governance, a kind of ankush, is required. I don’t know if it can come under the purview of the gov­er­nment directly but there needs to be some central regulation,” says cri­cket writer Dwarkanath Sanzgiri. “When it comes to the matters of the board, things never come out. They feel they are not answerable. That has to cha­nge.” But the downside is more politicians may start looking for their share of the booty if it comes under the min­istry.

“If we legalise betting, most problems will stop, as those who want to bet would stop going to bookies.”
Jaywant Lele, Former BCCI secretary

3. So keep politicians out, counter some experts; get cricketers to run it, they say. There is a scene in Chak De India where a hockey association member tells a player, “Aap khiladi ho, khel pe concentrate karo. Association chalane ke liye hum hai na”. Until now, that seems to have been the guideline. Politicians become elected board members after cadging memberships and top posts in state cric­ket bodies registered with the board. One way to keep political interference out, says RTI activist Krishnaraj Rao, is to dis­allow MPs and MLAs to contest or to apply for a BCCI office-bearer’s post.

4. Delink IPL from the BCCI. Former board president A.C. Muthiah, who brought N. Srinivasan to prominence, wants him to step down immediately. He says a panel appointed by the working committee (and not arbitrarily selected by the president) should conduct the probe. A long-term solution to ensure such a messy chaos involving obvious conflict of interest doesn’t arise, he says, is to del­ink IPL from the BCCI. “The BCCI is a regulator. Let IPL be managed and run by top-class sports administrators, former judges and bureaucrats with high integrity,” he says. That would not only create a balance of power (between the BCCI and the IPL governing body) but, he says, also ensure smooth and transparent running of a sport so vulnerable to betting and fixing. 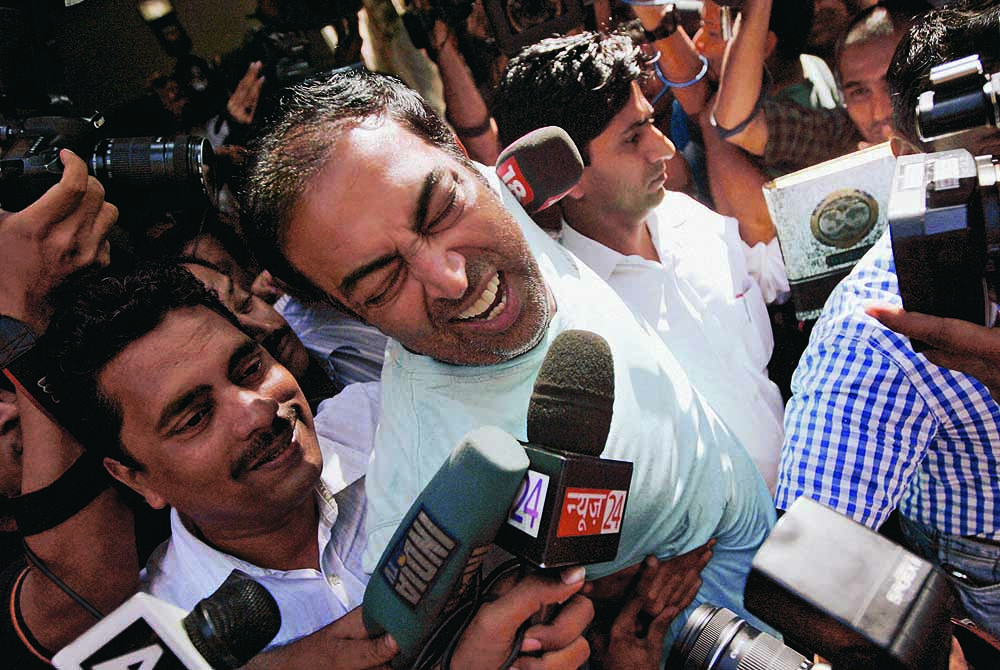 “Other than the deterrent of stringent punishment, one can think of others, like phone taps.”
Piloo Reporter, Former Test umpire

5. Extirpate conflict of interest. Not only did Sharad Pawar reportedly allow N. Srinivasan, then a board official, to own stakes in CSK, but also facilitated the amendment of the board constitution to allow it. Lalit Modi got the axe, among other things, for opposing this. Most experts agree that no board member should be allowed to hold stakes in franchisees. “Also, on moral grounds, no one on the board should run a travel agency or sports management firm or independent cricket teams. Basically, they should not have a profit-driven int­­erest in the running of tournaments,” says Naresh Makani.

6. Ensure freedom of speech for players. M.S. Dhoni’s stony silence at the press conference before the team left for the Champion’s Trophy reminded some of the government’s handouts in the Emergency era. Any player associated with the BCCI has never been known to criticise the board. “A player is suspended immediately if there is any problem but to suspend a board official one needs 2/3rd majority and a lengthy process. No coach or player has said anything about the current crisis, for they’re effectively gagged. “Top players should have a say and be able to voice their opinions,” says Sanzgiri.

Sharad Pawar let N. Srinivasan hold stakes in CSK. Lalit Modi got the axe, among other things, for opposing this.

7. Punish the crooks. “The BCCI sho­uld take firm action. Since these cases rarely stand in court, the board should immediately ban a player for life if he is found to be involved,” says former BCCI secretary Jaywant Lele. “At the start of a tournament, all teams should be told that even suspicious acts by a player could lead to a ban. Every player has to be clean or action will be stringent.” Former umpire Piloo Reporter talks of other deterrents, such as random phone taps. However, even strict vigilance and threat of stern action are known not to permanently deter a few determined ‘bad eggs’.

8. Don’t treat some more equal than others. If you ask young cricketers in Mumbai’s Shivaji Park what they want to be, most would say they want to play in the IPL. The only way to correct this—that is to make cricketers want to play more Ranji cricket than T20—is to pump in money in local tournaments. “Feeling of pride and love for sport has to be above greed. But the discrepancy in players’ payments is causing this,” said Naresh Churi, a former Ranji player who recalls living in train coaches during matches.

9. Make betting legal. Apart from former Mumbai police commissioner D. Sivanandhan, Jaywant Lele too believes in making betting legal. “Seventy-five per cent of the problems will stop because those who want to bet will bet legally and stop approaching bookies,” says Lele.