Give Us Our Remote 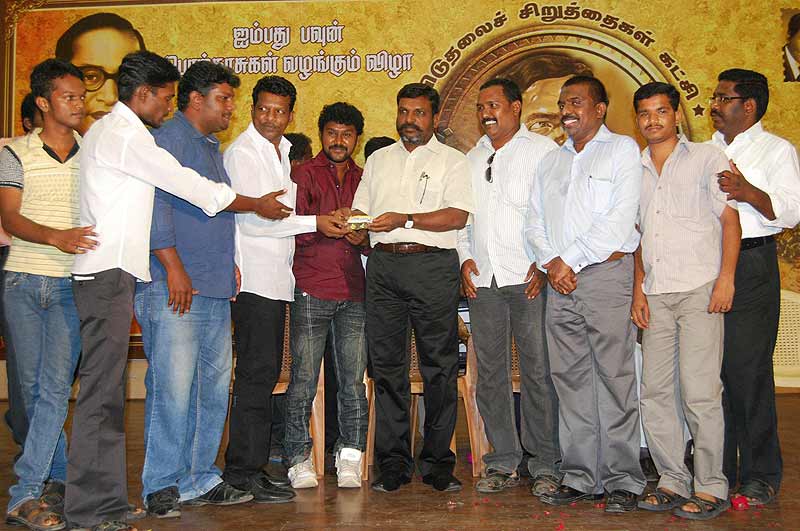 In a state where nearly every home has a television, can a political party flourish without a channel of its own? Unlikely, it seems, if a recent call by Tamil Nadu’s Viduthalai Chiruthaigal Katchi (VCK), a Dalit political party, is anything to go by. The party has asked supporters to donate gold on the occasion of its chief’s 50th birthday on August 17 to help fund the planned TV channel. “Without arms, you can’t fight a battle, and without your own media you can’t survive in politics,” Thol. Thirumavalavan, MP and chief of the VCK, sagely tells Outlook. The gold collected will be used as collateral for a bank loan to start the channel.

In Tamil Nadu, the penetration of satellite and cable television is “100 percent”, thanks to the free TV scheme of the preceding DMK government. All the main parties here have TV channels, led by the DMK (the Sun TV bouquet and Kalaignar TV), followed by the AIADMK (Jaya TV), DMDK (Captain TV), PMK (Makkal TV), Congress (Mega TV and Vasanth TV) and the BJP that gets publicity on Raj TV. Says ex-VCK MLA and Dalit writer D. Ravikumar, “If you want to reach the people, this is the only way. The print media carries our statements only occasionally. We have no space and that’s the reality.”

Until a year ago, the VCK used to get airplay because its former general secretary Kalai Kottudhayam—who has now switched loyalties to the pro-Eelam Naam Thamizhar— owns Tamilan TV. The party otherwise has a print presence with a monthly and is active online with its website and several pages on Facebook. But a TV channel is what it takes to make an impact in a state where Dalits constitute about a fifth of the 7.2 crore population.

The call for gold, though, has its fair share of critics too, with some seeing in it shades of BSP chief Mayawati’s megalomania (the birthday gifts in gold and diamonds). Thirumavalavan, however, makes it clear that he has “no connection with Mayawati. Our party is for the downtrodden and has no ties to industrialists or rich agriculturists.... We won’t misuse the gold collected, that is my promise”.

On some of his earlier birthdays too, some of the cadre had given gold coins, but most donated money. However, this time the VCK central committee decided to celebrate Thirumavalavan’s birthday as a “golden jubilee” in January and laid down this formula: ‘one person, one sovereign’. The party has selected 50 frontline leaders to come up with 50 sovereigns from each district. The VCK, founded in 1972, has 45 lakh members all over the state. On June 11, Thirumavalavan started the drive by making a donation of 10 sovereigns (a sovereign is equal to 8 gms). At that meeting in Chennai, 87.5 sovereigns were collected. At the June 18 meeting in Cuddalore, 62.5 sovereigns were collected. The process will continue through the year with at least 50 sovereigns pledged per meeting.

With government rules making it compulsory for a company that seeks to start a channel to show proof of moveable and immoveable property worth Rs 20 crore, Thirumavalavan says “we had no other way than to ask for donations”. As a first step, the Marudham Company Ltd was set up six months ago. Although August 17 was the deadline for starting the channel, the VCK will miss it. “Day by day, we are getting more and more marginalised,” says a frustrated VCK MLA Ravikumar. The party is now hoping to get the channel up and running by early 2013.