Home  »  Magazine  »  International  » Opinion  » opinion »  Give Us Our Infantile Cheer

Give Us Our Infantile Cheer

Tender mercies, and thanks for the pale pink flush smiling over India! 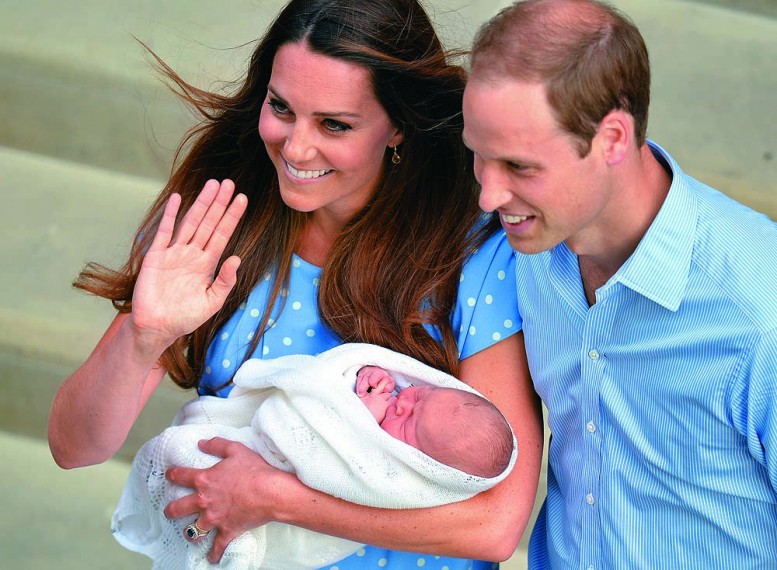 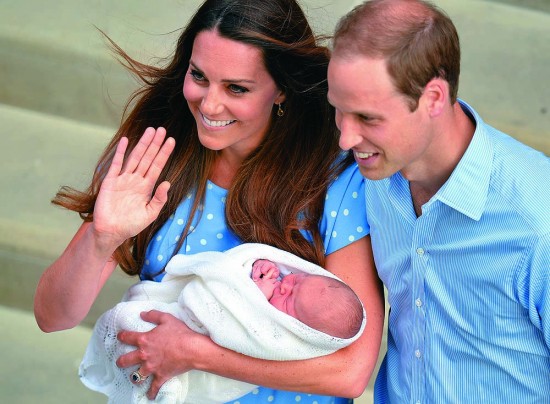 When I met with Prince Charles at Clarence House in London on July 9 this year at The Animal Ball and was talking about his forthcoming heir, I could sense a palpable sense of nervousness tinged with the heady excitement that only impending grandparenthood can impart. Prince Charles, like the rest of the royal family, has been trained to cultivate the fabled stiff upper lip, but it is not often that one becomes a grandfather and that too, to someone who is in line to eventua­lly become king of England.

What was surprising, though, was the reaction that the Duchess of Cambridge’s pregnancy elicited across the world, including of course in England. Like their American counterparts, who managed to plunge into the  celebratory cash-cow with rare gusto, stores across England sold prince and princess coffee and tea mugs with the royal crest and pubs advertised their ‘baby hours’ much before July 22. Then, there were the parties planned by yummy mummys to celebrate the birth of the royal baby, almost as if it was theirs.

For England to go berserk is quite understandable. Roya­lty has possessed it for aeons and I believe the royals are good both for a continuing sense of legacy as also for keeping alive traditions fast disappearing elsewhere. No wonder, one of the most popular plays I saw this season was The Audience, in which Helen Mirren played Queen Elizabeth II. Even David Cameron took time off to catch the last performance at the West End. (The play, as the name suggests, is about the weekly audience the Queen gives to the sitting prime minister of Great Britain.) As the day dawned, even the venerable BBC could not hide its excitement as they yanked all regular programming off the air just so that the cameras (and the commentary) could be focused on the news that would emanate from St Mary’s Hospital as soon as the Duchess of Cambridge had gone into labour.

What truly surprised me was the kind of coverage this news received across the world, especially in India. Only our PM was consistently silent. Given that most of our news is about corruption, crime and mishaps, here was something that was celebratory in nature. It took a royal baby about 6,000 miles away to help our TV anchors smile, even as our local prince conducted a media workshop on the same day here in New Delhi.

With all the gloom that surrounds us, aided in no small measure by our great rulers, it may not be out of line to suggest we should have a section of news in the media which celebrates births: even a baby channel may not be a bad idea! Instead of seeing a politician make an ass of himself on TV, at least we’d get to see smart baby antics. A big baby house would be far greater fun than watching Bigg Boss or some such drivel. Yes, the time for India to celebrate births has arrived. I am certain all the high-society types who also became parents on July 22 will forever remind us of the umbilical cord they share with the royal baby. Nor will they forget to throw theme parties for their growing brats in sets resembling Kensington Palace.

But when all the noise has died down and the BBC ret­urns to its dismal weather bul­l­etins and our TV channels return to showing MLAs slapping each other and politicians fighting over dance bar girls instead of development, all we will need to do, as a nation of 1.21 billion people, is to plead to Kate to plan yet another pregnancy. It may not be as momentous as July 22, but would it not be better than putting up with the cacophony over 2G and such like?

Till then let us wait for all the magazines, including this one, to give us a splash about the birth and how it all happened. Sadly, there has been no sting operation announced yet on either the supervising gynaecologist or the nurse present, so the excitement levels will be somewhat subdued. As a result, the dreaded return to uglier incidents and uglier people from freckled babies fresh in a royal­-crested pram will be less painful.

(Suhel Seth is managing partner of Counselage India: suhel AT counselage.com and @suhelseth on Twitter)

Notes From A Glad Season