Sometimes even the job of a film critic requires spunk and spirit. How else can you watch Girlfriend but with patience, fortitude and a sense of humour? 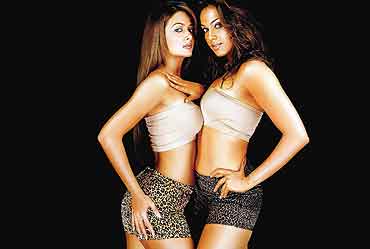 Sometimes even a film critic's job requires spunk and spirit. How else can you watch Girlfriend but with patience, fortitude and a sense of humour? In the beginning, the film's suitably asinine for some unintentional laughs. At a time when Bollywood is trying hard not to believe in "suspension of disbelief", the film tries to pass off Mauritius for Bombay/Goa. Its characters do little more than drinking, dancing and screaming. There are some bona fide gems pretending to be dialogues: "Main ek mard ke jism mein kaid aurat hoon....", "Ek ladka ladkon se pyaar nahin karta, ladki se karta hai...." The protracted lesson on alphabets and numerals is absolutely priceless—our grievously affected, "normal" heroine Sapna (Amrita) and her irredeemably nitwit boyfriend (Ashish) keep saying 1-2-3-4 for l-o-v-e. How you wish they could grow up, learn mathematics and count ahead!