Punjab thought it would curb foeticide, but has ended up with more female infanticide 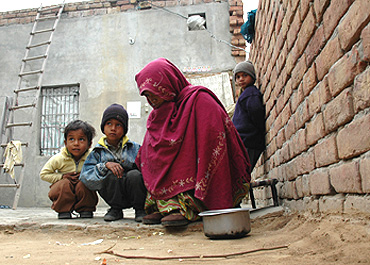 December 27: Sushma gave birth to a healthy baby girl at a Bhatinda hospital. It was the couple's third girl child. The next morning, the infant was found dead with blue marks around her nose and cheeks, leading to suspicions that she had been suffocated. The local police have registered a case.

December 19: The headless body of a three-day-old baby girl was found at Urban Estate in Jalandhar. Stray dogs had eaten much of her head and shoulders before passersby noticed and informed the police.

December 16: The body of a newborn baby girl was found on a pile of garbage in Akali Market in Amritsar. Stray dogs were fighting over her body—all wrapped in a polythene sheet—before people shooed them away.

October 23: A baby girl, just three hours after she was born, was found abandoned in a field near the Verka area in Amritsar. She was not even wrapped in a cloth and the rough stubble in the field had cut into her flesh when a passerby found the baby crying her lungs out.

One would have thought Punjab's crackdown on female foeticide would spell the end of the gory practice. But as the long, sad list on the left indicates, it has assumed even more sinister proportions: there has been an alarming increase in incidences of abandoned baby girls—dead or alive—being found across the state. So acute is the problem that the Shiromani Gurdwara Prabandhak Committee (SGPC), the apex body controlling all Sikh shrines in Punjab, has been constrained to declare that it will place cradles at the entrances of important gurdwaras in the state so that parents obsessed with boys could "leave these innocent babies at the door of God, and not death". SGPC president Avtar Singh Makkar told Outlook, "Do not kill children. We will bear the expense for bringing them up. Last month, we established the Mata Gujri Bal Sambhal Kendra at Fatehgarh Sahib for this purpose. The spurt in cases of baby girls being found in public parks, railway compartments and garbage heaps is a blot on Punjab."

Though clampdowns by the government machinery on ultrasonography clinics and doctors involved in determining the sex of foetuses have been on for several years now, the first official acknowledgment of the growing new menace of female infanticide has come from the Amritsar district administration. Just a couple of weeks ago, it put up a cradle at the District Red Cross Bhavan to enable people to leave their unwanted baby girls there. And on the first day itself, a woman from nearby Waryam village came to leave her third daughter in the cradle. Says Amritsar deputy commissioner K.S. Pannu: "It is a complex problem. We have noticed a sharp increase in cases of abandoned baby girls in our district. To encourage people to put their girls here instead of discarding them elsewhere, we have also announced that no questions will be asked to parents who put their babies in our cradle." In the last one year, five abandoned baby girls and two dead ones were found in Amritsar district alone. Senior Superintendent of Police Vijay Pratap Singh says that his force has now begun recording such cases which earlier were not even entered in police records.

Sadhu Ram Khusla is the project officer, PNDT (pre-natal determination tests), in Bhatinda district. For the last several months, ever since he booked 10-odd doctors for conducting sex determination tests, Khusla has been a victim of an unofficial boycott by Bhatinda doctors. "Strict checking," he says, "has led to a sharp rise in the rates for ultrasonography in our district. It now costs Rs 7,000 per test. Correspondingly, the number of abandoned baby girls is also going up. We have found four of them in the last one year at different places." It was Khusla who detected irregularities in the death of Sushma's baby girl, and feels that the day is not far when people in the state will begin selling their baby girls. 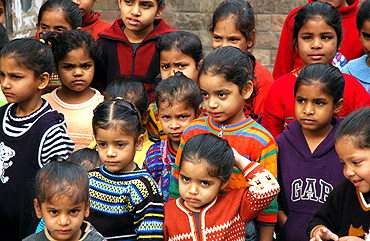 Unique Home: This orphanage at Jalandhar gets an average of five baby girls every year

Taking serious note, the Punjab government recently notified five orphanages across the state that assured protection for abandoned babies. Among them is Unique Home, a charitable institution in Jalandhar which takes in only newborn baby girls. On an average, they get about four or five babies in a year, most of them dumped in the cradle they have kept at the entrance. Says its chairperson Prakash Kaur: "Punjab is cursed. No one wants girls here. The latest addition to our family is a month-old girl. Four months ago, the police brought us a baby girl left to die in a paddy field in Batala." Another time, a sick baby was found by people near a canal on the outskirts of Jalandhar. "She had fungus in her wounds. We got her treated at a hospital in Ludhiana. Now she is a healthy child with us," Kaur says. At the Nari Niketan in Jalandhar, run by the family of former prime minister I.K. Gujral, around 20 to 25 abandoned baby girls turn up every year.

Punjab has the lowest female sex ratio in the country, which keeps dipping each year. A growing shortage of marriageable girls has forced men here to scout for partners in different cultures and places as diverse and distant as Assam, Orissa and Jharkhand. Less known is the fact that around 60 per cent of young boys in the state have become drug addicts, and are a liability for their parents. Yet the desire for 'boys only' refuses to wane. Female infanticide was a common practice in Mughal times when the poor in border areas killed their girls to prevent them from falling into the hands of marauding invaders. It carried on for several centuries. Activists see in the present situation a revival of that old practice. Only the reasons have changed.