Gift Of The Nile 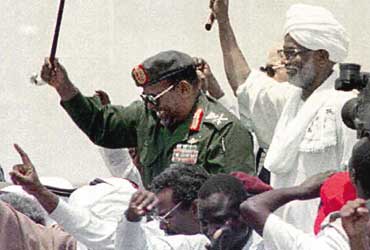 outlookindia.com
-0001-11-30T00:00:00+0553
It's a deal that will save India $400 million every year, an amount equivalent to 5 per cent of its crude oil import, but was almost scuppered by unexpected opposition from within the top BJP administration. Not surprising, considering the investment involved. ONGC Videsh Ltd (OVL), the overseas arm of upstream monolith Oil and Natural Gas Corporation, is all set to acquire 25 per cent stake in the Greater Nile Petroleum Operating Company (GNPOC) from Canadian major Talisman Energy for a staggering sum of $750 million (Rs 3,750 crore).

The GNPOC controls an oil development in Sudan that produces 250,000 barrels per day, roughly equivalent to India's biggest, Bombay High. The Sudan venture would provide India, every year, about 5 per cent of its crude imports, or 3 million tonnes worth $400 million. Says OVL MD Atul Chandra: "The Sudan deal is a great leap forward in terms of national oil security."

Most oilmen regard the deal as nothing less than a coup by petroleum minister Ram Naik. But a section of the saffron brigade is opposed to the "risky venture" and has questioned the wisdom of the massive investment in "an Islamic country that was once home to Osama bin Laden". The critics also allege that oil wealth has fuelled a civil war and violation of human rights in Sudan.

Business-friendly Mahajan is too smart not to have recognised the importance of the deal for the country's energy security. But his opposition, says a pro-Naik MP from Maharashtra, may have something to do with the feeling that "Naik is growing too tall in stature as a minister for his comfort".

An ONGC director attributes the recent success of his company in acquiring a 20 per cent stake for $1.7 billion in the high-profile Sakhalin-1 offshore oil and gas project in eastern Russia entirely to "our minister's courage and support". With the Sudan deal too in the bag, insiders believe Naik has qualified for a promotion. The petroleum minister has always made it a point to keep the prime minister and the media fully informed of his "achievements".

Naik is extremely possessive of the oil and gas PSUs. Says a senior Indian Oil (IOC) director on condition of anonymity: "We love him because he is against the privatisation of oil PSUs. No wonder the disinvestment minister sided with Mahajan on the Sudan issue." It is no secret that Shourie's efforts to put ONGC and IOC on the block have so far been thwarted by the petroleum minister's vehement opposition.

The Sudan deal, however, has earned Naik the wrath of the powerful oil drilling and platform contractors lobby. The PSU plans to fund the purchase largely out of its over Rs 9,000 crore cash reserves, which the contractors fear might slow the flow of fresh large-volume oilfields revamp tenders.

Regrets the ONGC director: "Why should we play politics with everything? Please understand that India has no alternative but to go overseas for equity oil. We should learn from China." As far as the risk is concerned, he says, the asset has a $1.2-billion insurance cover from HSBC, London.

The China National Petroleum Company owns 40 per cent in GNPOC, Petronas of Malaysia has 30 per cent and the Sudanese national oil company 5 per cent."This deal would help us engage China and Africa more constructively. The national gains from the GNPOC purchase would far outweigh the price of $750 million," concludes an additional secretary at the ministry of external affairs.