Getting A Grip On Diabetes

In two decades, India will be home to 120 million diabetics. There are ways, though, to survive the looming ‘epidemic’. Here’s what you can do. 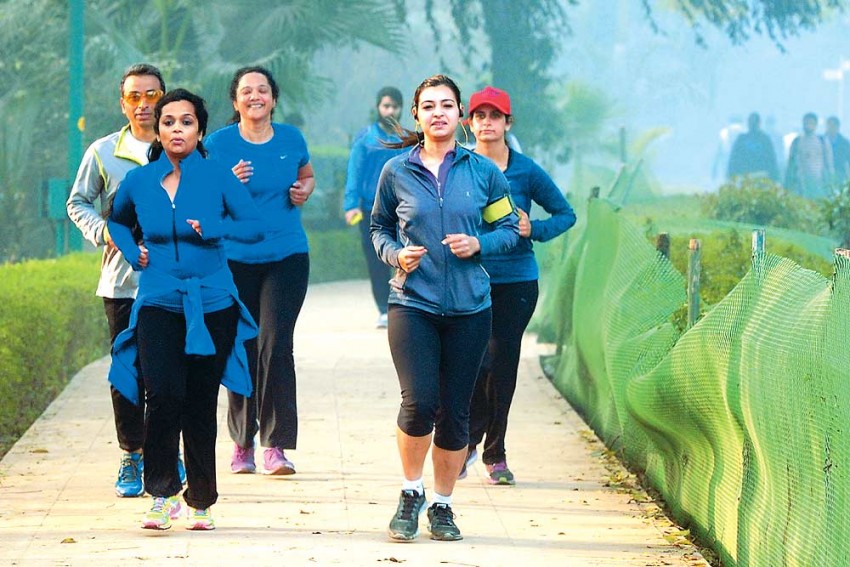 Health Special
Tackling the bane of diabetes and the ideal nutrition for adolescents
Photograph by Tribhuvan Tiwari
Ritu Bhatia June 22, 2017 00:00 IST Getting A Grip On Diabetes 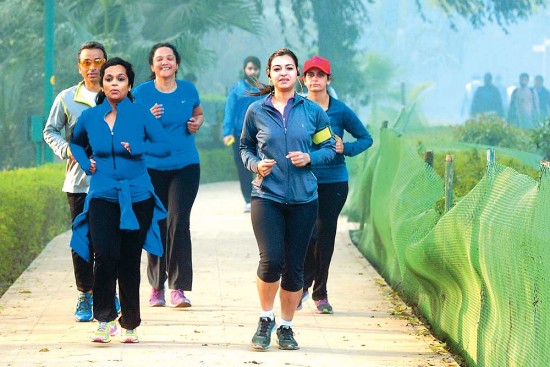 If there’s any disease every single Indian needs to guard against, it’s diabetes. Characterised by an escalated blood sugar level, this non-communicable disease (NCD) impacts the young, middle-aged and elderly with a vengeance, reducing their productivity and life-span. Early detection, treatment and the cultivation of a healthy lifestyle are measures recommended to ward off the dire consequences.

Over the past 10-15 years, India’s disease burden has shifted from communicable to non-communicable diseases. According to the World Health Organisation (WHO), over 60 million people in India suffer from diabetes. Last year, The Lancet reported that the prevalence of diabetes has more than doubled for men in India (3.7 per cent to 9.1 per cent) and increased by 80 per cent among women in India (4.6 per cent to 8.3 per cent) ­between 1980 and 2014.

Experts say the number of diabetics in India is expected to touch 120 million over the next two decades. “Type 2 Diabetes is likely to lead to the biggest epidemic and public health issue in ­human history, posing a huge barrier to economic development,” says Dr Kenneth Thorpe, chairman, Partnership to Fight Chronic Disease (PFCD). The ­financial implications of this scenario are staggering: the current cost of treating diabetes and its complications in the world is estimated at $215-375 billion and this figure is slated to rise.

Blame it on the butter

Modern lifestyles in urban India can be blamed for the surge in NCDs such as diabetes, heart disease, hypertension and some cancers. “A diet high in processed and fatty foods rather than fresh, wholesome foods, in combination with reduced physical activity, has increased the average risk of diabetes,” says Dr Anoop Misra, chairman, Fortis C-DOC. 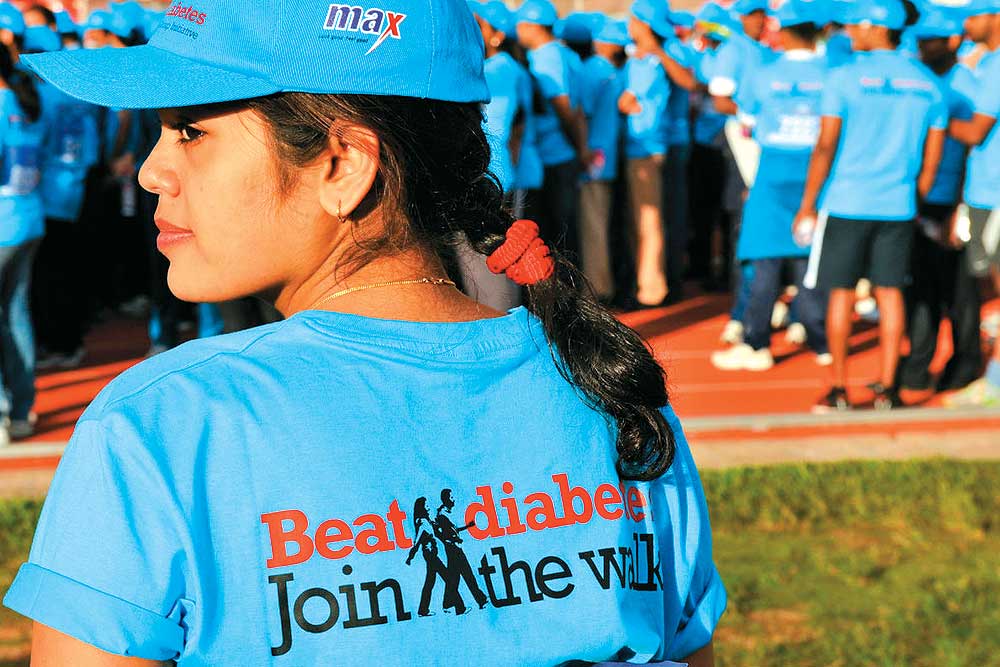 Know It, Beat It

The current cost of treating diabetes and its complications in the world is estimated at $215-375 ­billion and it’s slated to rise.

The consequent surge in obesity in the population is directly to blame for escalating numbers of diabetics. Obesity doubles the risk of developing diabetes: a severely obese person has a 10-fold higher risk of developing the disease than someone with a healthy weight. Lack of awareness and the abs­ence of early screening, detection and treatment exacerbate the impact. “More than 50 per cent of those who are affec­ted remain undiagnosed. The prevalence of pre-diabetes is high, and this develops into full-blown disease unless controlled in a timely manner,” says Dr Misra.

Sadly, Indians are more “ethnically” pre-disposed to the disease than westerners. Environmental factors, genetics, certain innate body composition and differences in metabolic profile all contribute to increased predisposition. According to research published in early 2017, in Diabetic Medicine, lower grip strength among South Asian men and women marks them as being three- to four-fold more prone to diabetes as compared to white European participants in the study. “Type 2 diabetes affects South Asians a decade earlier and some complications, for exa­mple nephropathy, are more prevalent,” says Dr Misra.

An effective national diabetes control programme, which relies on cost-­effective, feasible and scalable strategies, is needed to halt diabetes in its tracks. Collaborations between different stakeholder groups hold promise. Public-private partnerships are also supported by the National Health Policy (NHP) 2017, which recognises the need to halt and reverse the growing incidence of chronic diseases. “We need a multi-sectoral approach that fosters partnerships among the government, NGOs and corporate companies,” says Dr Thorpe. Public-private partnerships could be built in specific areas: training healthcare workers, providing medical education, provision of diagnostic equipment, and preventive care delivery. “Government policies and incentives such as tax benefits, und­erwriting and facilitating bank loans—esp­ecially to supplement care in underserved and difficult-to-reach areas—are vital to attracting private investments in the healthcare sector,” says Dr Thorpe.

The NHP 2017 calls for an integra­ted approach that relies on screening. Though there is no specific plan in place, the intention is to incorporate screening into the comprehensive primary health care network, with linkages to specialist consultations and follow up at the primary level. Experts suggest that individuals avail of free screening facilities. “People need to come forward voluntar­ily for screening,” says Dr Misra.

Diabetes is a serious disease that can’t be ignored. Keeping a close eye on blood sugar levels and using a combination of medications, exercise and diet-control is the way to avoid the repercussions. ­“Newer drug delivery methods make it easier to control diabetes by reducing the frequency of administration of insulin and other drugs, leading to better management and long-term control,” says Dr Pradeep Chowbey, chairman, Max Institute of Minimal Access, Metabo­lic and Bariatric Surgery, and executive vice-chairman, Max Healthcare.

Weight management is crucial to diabetes control. “Weight loss dramatically changes the control and progression of diabetes,” says Dr Chowbey. According to the International Diabetes Federation (IDF), bariatric surgery is an appropriate treatment for people with type 2 Diabetes and obesity, who haven’t achieved the recommended treatment targets with medical therapies. Advancements in bariatric surgery have made this a feasible alternative treatment option in persons with BMI 30-35. The IDF guidelines for Asians and other ethnic groups at higher risk state that the BMI action points may be reduced by 2.5 kg/m2 to 27.5 to 32.5 kg/m2. “Endoscopic diabetes surgery is proven to be the most promising cure for diabetes over the past two decades, leading to 82-88 per cent resolution of diabetes,” says Dr Chowbey.

Though risks associated with stomach stapling or gastric bypass (as bariatric surgery is also called) can’t be ignored, the expert consensus is that this procedure is a life-saver for some. “The long-term risks of uncontrolled diabetes typically outweigh the risk of a surgical procedure for most,” says Dr N. Arulvanan, consultant laparoscopic and bariatric surgeon, Fortis Hospital, Mulund, Mumbai.

Impacts the vision and hearing

Diabetes is the number one cause of kidney failure in the world and leads to one million limb amputations. It causes blindness in five million adults and is associated with heart disease, hypertension and strokes too. Other consequen­ces of diabetes are also debilitating, so all diabetics must keep an eye on symptoms and consult a foot-care doctor, an ophthalmologist and an ENT specialist at regular intervals.

Ophthalmologists report a rise in numbers of diabetics visiting their clinics for regular screening. Complications related to eyes are very commonly seen, eventually causing retinopathies or retinal det­achment and leading to a sudden loss of vision. “Regular checkups are important to detect eye changes before they damage the eyesight,” says Dr Umesh Bareja, senior consultant ophthalmologist at Sita­ram Bhartia Hospital, New Delhi. “The impact on the eyes can be lessened if det­ected early,” says Dr Bareja.

Hearing loss is another possible consequence of uncontrolled diabetes. “The risk of hearing loss is twice as high in diabetics compared to others,” says Dr Susheen Dutt, consultant, ENT Surgeon, Fortis Hospitals, Bangalore. He recommends an annual hearing evaluation (pure tone audiogram) along with other routine tests in order to pick up early, subtle hearing loss, which can serve as a warning. “Along with losing hearing, you will experience an increased risk of falling because your inner ear not only helps manage your hearing, but also your sense of balance,” says Dr Dutt.

The feet bear the brunt

Diabetes reduces the blood flow to the feet, a condition called per­ipheral vascular disease. This has many consequences, such as red­uced sensation and delayed healing. An infection that doesn’t heal due to poor circulation raises the risk of developing gangrene. “There are over 60,000 amputations in the country due to negligence by diabetics,” says Dr G. Bisht, senior consultant podiatrist, Max Healthcare, New Delhi. Nerve damage may lead to burning, tingling, numbness and weakn­ess in the feet, making many oblivious to sensations of hot and cold. “The patient then needs to avoid sitting too close to a heater, as he or she may not feel the heat until it leads to a burn,” says Dr Bisht. 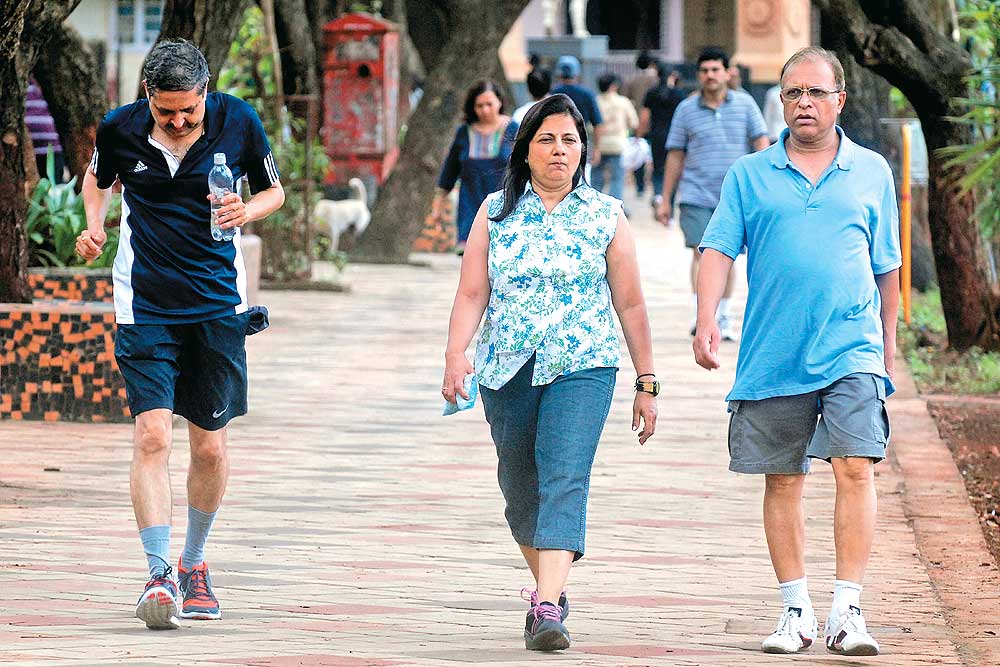 Any injury that impacts the feet is bound to have widespread impact. “The muscles of the foot may not function properly, because of nerve damage that impacts alignment of the feet, create too much pressure in one area of the foot leading to foot ulcers,” says Dr Gupta, consultant orthopedic surgeon, Fortis Hospital, Anandapur, Kolkata.

The treatment of diabetic foot includes the use of orthopaedic appliances and footwear modifications, antibiotics and wound dressing. Many infections need treatment with intravenous antibiotics. Experts recommend the following precautions for diabetics: Don’t walk barefoot; wear well-padded footwear; don’t dip the feet in hot water or put them near heaters during winter since sensation is diminished; and apply cream between the toes. “Fungal infections are common and must be treated imm­ediately,” says Dr Bisht.

Diabetes is a preventable and rever­sible lifestyle disease. A proactive app­roach is essential to combat it. Regular screening is important, and those with the disease must keep a check on blood sugar, get vision tested regularly, track cholesterol levels and maintain foot health. Research shows that stringent lifestyle changes are effective in controlling sugar levels. “Changing mindsets about food and eating is challenging, but also the only real way to combat the disease long-term. Healthy eating habits must be inculcated in children both at home and in schools,” says Dr Misra.

Lifestyle changes are ­effective in ­controlling sugar levels. And a healthy body weight is key to diabetes prevention.

Maintaining a healthy body weight is key to the prevention of diabetes and other NCDs. The Body Mass ­Index (BMI) of 25—internationally considered the cut-off for a healthy body weight—can now no longer be app­lied to Indians or other South Asians. “There is expert consensus on the need for a lower BMI cut-off figure of 23 in these groups, to curb the diabetes epidemic,” says Dr Misra. According to the new guidelines, Indians need to exercise at least one hour a day to maintain a healthy weight and maintain their muscle strength. “Strength training and weight lifting is essential for both men and women to prevent muscle decline,” says Dr Misra.

How to avoid ­diabetes

Cauvery Gurgles Alongside The Still Alps