Get Out The Push Cart

There's little change. The shopping bag will still weigh as much. 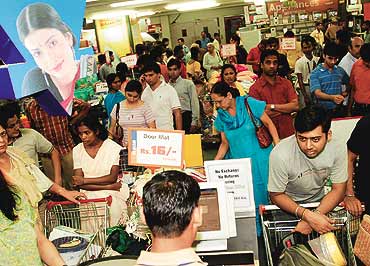 outlookindia.com
-0001-11-30T00:00:00+0553
Union Budget 2007 turned out to be pretty much a routine affair. Finance minister P. Chidambaram refrained from making major policy announcements and let the budget be what it essentially is, a statement of accounts of the government. There was a tweak here or a bit of fine-tuning there, but things were largely left at that. Few measures he announced are likely to have any significant impact, at least in the short run. In fact, most of the measures announced for sectors like agriculture and education will show results long after the end of the tenure of the current UPA government. Similar is the case of outlays for infrastructure, including power, roads and irrigation. In the near term, the increase in dividend distribution tax should reduce income in the hands of the consumer a bit, but it would be just about offset by the Rs 10,000 increase in tax exemption of income. On the whole, things would continue on an even keel.

There will, however, be a few indirect effects on how far 'income' of the man on the street will go. That is through the specific proposals for industry. After all, companies sell most of their products and services ultimately to individuals, and they are affected by proposals that change prices. Some of the macro-economic measures too should have short-term impact on prices. For instance, the reduction in the central sales tax (CST) from four per cent to three per cent is likely to bring down the prices of a range of products, albeit marginally. Another example we can take is the reduction of peak import duty on non-agricultural products, from 12.5 to 10 per cent. This too will make a number of imported goods, as well as some raw materials, cheaper.

In the accompanying table, we look at the products for which specific announcements have been made. We also look at products that are in common use in households or at an individual level, for which no specific announcement has been made. We have tried to assess whether the budget will change what we pay for them. While individually none of these should significantly impact our spending habits, some effect should show up in aggregation. 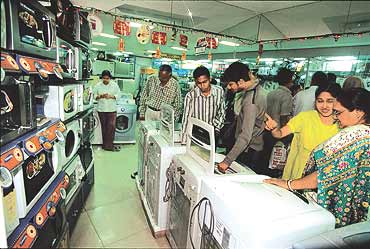 The proposals on household goods are likely to find favour with the urban community. An effort on the finance minister's part to provide basic necessities like clean water and power to people will be appreciated. The reduction of additional CVD on edible oil and the duty cut on sunflower oils will have homemakers smiling. But they would be worrying whether the likely increase in the price of cement will make that new home that much less affordable. In keeping with past tradition, excise on tobacco products has been bumped up this time too. Some prices, like that of telecom services, which are among the lowest in the world and driven largely by market forces, have been left alone. And there is nothing in the budget that will reduce car prices (Maruti has already announced it will hike prices on March 15).

Of course, if Chidambaram manages to rein in inflation because of a slew of budget measures and RBI's policies, prices of essential commodities may come down a bit, leaving more surplus with the households. Or if the cement manufacturers decide to lower prices to take advantage of a lower excise duty—at below Rs 190 per bag tag—it'll help a family to think of the new house. Or if the overheated economy cools down a bit—and the FM thinks GDP growth will be lower in 2007-08—and demand slackens a bit, companies will be apprehensive about hiking prices of finished products. Last year, even FMCG companies, which witnessed not-so-great growth and where competition was fierce, found the courage to increase prices in several product categories.

There was one area where the budget could have intervened. It could have gone for a cut in air travel tax, which often works out to more than the price of the ticket of low-cost airlines. After the railways minister announced a cut in train fares, this would have been welcome by the airlines. At the moment, it doesn't really matter because budget airlines like Deccan Air contend that their prices are still 10-15 per cent cheaper than first-class rail fares. But then no changes, or minute ones, are what you would expect from a budget that is trying not to ruffle feathers and keep inflation down.

By Abhijit Mitra and Urmila Rao