In Outlook this week, a diary from Berlin. 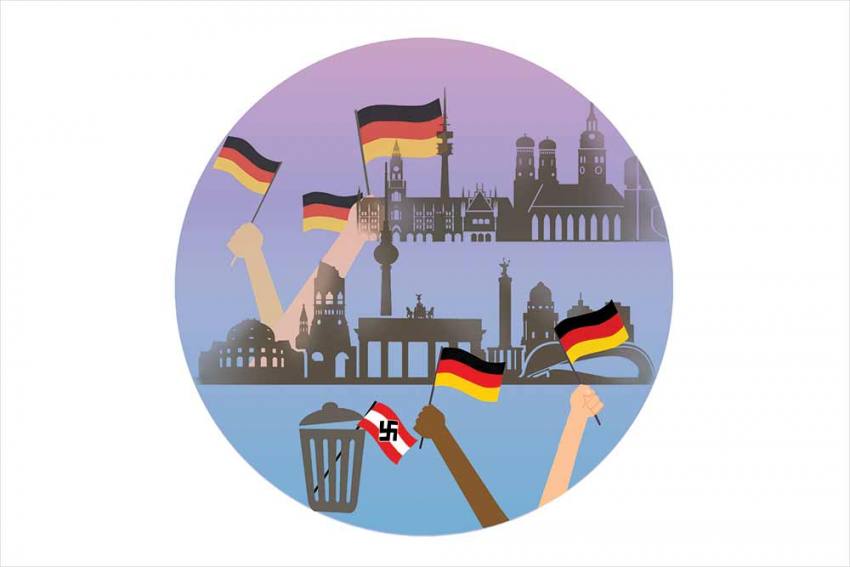 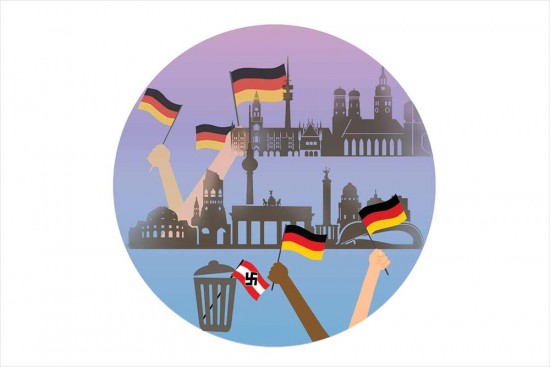 It’s 6pm. An orange hue is just about fading from the evening sky, and a cool breeze lingers. The sound of quick footsteps along the pavement is interspersed with soft chatter and the occasional laugh. Taking in this crisp, perfectly European evening seems even better now as we ‘prost!’ to ano­ther round of German Hefe.

Berlin has a largeness to it—from its tall buildings and bustling streets, to the infinite number of locals towering over me. None of this is intimidating though, because Berlin doesn’t let one type of people or personality define it. The sharp-suited corporate folk are a fine contrast to the heavily-pierced, tattooed lot in matching Doc Martins. The skater boys are loitering, while the hipster in suspenders makes haste through the crowd. Not to mention the topless dude with headphones on, but he hardly stands out. Berlin is modern, progressive, welcoming and refreshingly eccentric. A massive poster outside my hotel room reads, ‘Dildo King –Sex Macht Schön!’—Sex makes you beautiful. Well, ja, it’s hard to disagree.

To think that this beautiful country was once ruled by one of history’s most rev­iled men, that these happy, inclusive, free-spirited people are forever associated with concentration camps and genocide. It boggles the mind. A visit to the Dachau concentration camp near Munich was a grim reminder. Walking through Dachau was gut­-wrenching. From the meticulously pla­nned layout that ensured no escape, to the claustrophobic barracks, sadistic torture cells and the ghastly gas chamber, Dachau laid the foundation for the 1000+ concentration camps that were eventually built across Germany and occupied Europe. It is believed that pockets were deliberately sewn onto the uniforms of prisoners—not to store their belongings, but precisely because they had none. The Nazis wanted to remind the captors they had nothing, and having them feel their empty pockets was the daily reminder. Symbolically, the statue of a Jewish survivor, erected on camp grounds, has his hands in his pockets. This time, as a sign of his freedom.

Such are the stories that come alive in tod­ay’s Germany. Stories of a brutal history. Stories that, importantly, she is not afraid to tell.

The German people are painfully aware of the burden they carry—one that history has forced upon them, yet one they are quick to acknowledge and accept with humility. As the writer Bernhard Schlink said, “I can’t say I’m thankful about being German because I sometimes experience it as a huge burden…But it is an integral part of me and I wouldn’t want to escape it. I have accepted it.” He believes that his grandchildren too, will continue to carry the scars of history, but they owe the world tact and sensitivity.

This pervasive sense of humility and responsibility, in tandem with the disciplined preservation and regurgitation of its torturous history, makes Germany today an endlessly endearing and admirable place. It’s not just about well-maintained museum artefacts or informative city tours. German history is embedded—quite literally—in her cities. Stories are engraved on the ground on which you walk, and plaques that recall the horrors of the past are carved into the brick walls that surround you. Memorials are not built as isolated structures, but as part of public spaces. It is hard not to think of the violent, hate-filled discourse that so dominates India today, and I wonder if we are doomed to repeat the tragedies of the past. Will India have to relearn the lessons of history or can we learn from the example of Germany today?

Back at the hotel where Dildo King is flashing in LED, we are getting ready for a night out. We have been instructed to under-dress—wear casual, dark colored clothes and sneakers. What’s that? No LBDs and high heels to a club?! There’s no plausible explanation for this—Berlin is just über cool like that. En route, it is hard to miss the mini street parties underway. The energy is riveting. Locals are clinking bottles along the footpath and engaging in banter to kickstart the night. Before descending underground—into the club—I recall that not long ago we were in a similar position, but instead of a night club, we were descending into the remnants of a bunker from the war.

There’s much to learn from being here and much more to take away when leaving. Souvenirs and photographs won’t do justice. You must walk in her streets, take in her monuments, drink her alcohol and sway to her music, to aptly experience the fascinating amalgam of past and present that is Germany. Auf wiedersehen for now. And remember folks, Sex Macht Schön.

The writer is a Mumbai-based marketing and research professional

Is Judiciary Living Up To The Indian Constitution @ 70?