Gently On The Throttle

Toyota’s recalls have hit its brand value, but give them a...brake 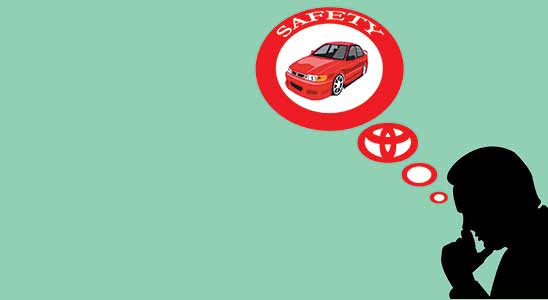 Is it possible to feel sorry for a corporation, and particularly one as vast, faceless and—until recently—successful as Toyota? Quite possibly the perfect storm in which the carmaker has been engulfed in recent months could provoke pity in the heart of even the most ardent anti-capitalist. It’s partly down to timing. In 2008 Toyota finally overtook General Motors as the world’s largest carmaker. And last year, Akio Toyoda, the grandson of the firm’s founder, became president. These two events ought to have been the crowning glories of an extraordinary period of success in which Toyota added half a million sales each year between 2003 and 2007, when it posted record profits of $13.7 billion.

But instead it has found itself caught up not only in the nuclear winter currently ravaging the car industry—causing its first losses in 59 years—but also in a series of vast, shaming product recalls that threaten to undermine the reputation for quality on which Toyota built that scale and success. So what are we to make of these sticking throttle pedals and malfunctioning brakes? Should we panic-park our Toyotas and ring them with crime-scene tape? Is this an example of corporate hubris, in which an expansionist management neglected the very qualities that made them so big in the quest to be yet bigger? And can Toyota recover from this?

I’m no apologist for the car industry—it has covered up some shocking safety failings in the past—but I’d urge a little understanding for Toyota. Cars are immensely complex devices. The failure, redesign and recall of individual parts isn’t unusual. If there’s a problem with a fuel pump or an air filter, nobody takes much notice. But when the throttle or brakes are affected, a quality issue becomes a safety issue, the mainstream press starts to take an (often ill-informed) interest, and buyers feel endangered rather than inconvenienced, even if they’re not really at any risk.

Toyota has also been deeply unlucky in having a series of problems arise at once, and become confused by press and public. There were fatalities caused by uncontrolled acceleration in Toyota and Lexus models in the US, including the tragic deaths of four family members in a crash in California. These accidents were caused by double-thickness floor mats fitted by local dealers which jammed the throttle open. Toyota apologised and issued its largest-ever recall.

But when reports surfaced of sticking throttles in both American and European cars, many assumed the same danger was snowballing, when in fact the two issues were entirely unrelated. The latest concerns over the braking system in the Prius haven’t been linked conclusively to a single accident; the US authorities are investigating four incidents, but there is no conclusive link. As a former test driver, I would struggle to notice the problem in a malfunctioning car. But Toyota has been forced to react with yet another large-scale recall, rather than risk being accused of covering up yet another danger.

There’s no question that Toyota has grown at an unparalleled rate in recent years, and that it has never before suffered such a public and serious series of failures. But are the two facts linked? It seems likely, but don’t believe anyone who attempts to be more definitive. Toyota’s corporate culture is notoriously opaque; understanding it requires a degree in Kremlinology and industry analysts like me have a hard enough time just figuring out its high-level strategy.

Toyota’s results in some influential US quality surveys have slipped in recent years, and the opposition have done a lot of improving, leaving the firm’s lead on quality diminished. It had already instigated a renewed focus on quality before the current crisis hit. Its customers are incredibly loyal—the Corolla is the world’s best-selling nameplate with over 33 million sold—and they are unlikely to desert Toyota in significant numbers. But Toyota will lose some, and it no longer enjoys the demonstrable advantage on dependability. It’s fortunate that its petrol-electric hybrid models broaden the brand’s appeal; it no longer rests solely on quality. With the launch of the Prius hybrid in India, Toyota can make a case on economy and emissions that few can answer. Indian buyers are famously sensitive to fuel economy, and will consider changing models if they can save a tenth of a litre. Toyoda, a die-hard car enthusiast, has also promised to make future Toyotas sexier.

Toyoda would do well to remember that for drivers, dependability outranks all else. Toyota’s quality got it to the top slot; if it loses that position because it hasn’t restored that reputation, any pity we feel now will quickly vanish.