Thapar’s tales of his beloved tigers, the wrangle over conservation, the few good people, an endnote of hope 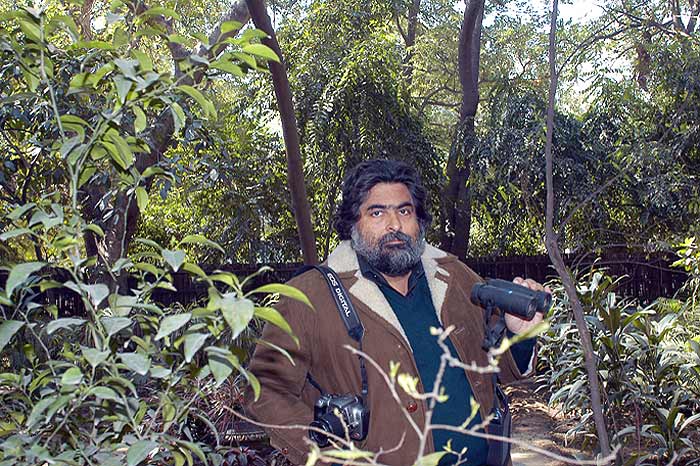 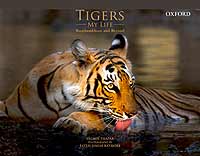 I have known Valmik Thapar for several decades and seen him grow in girth and stature in more ways than one. Having spent 35 eventful years with the love of his life, Valmik now looks like a tiger in its prime.

The story of the Bengal Tiger (panthera tigris tigris) is both fascinating and, more recently, distressing. Valmik’s fascination with tigers started with Padmini and her cubs, and the tiger has been his muse since then. In this book, we meet all the tigers who have been his inspiration in Ranthambore—the tigress Nick Ear with her tricks; the legendary Genghis, who mastered the art of hunting in the lake, even challenging the crocodiles of Padam Talao; Noon, who began by watching the master from the shore but soon became a water baby herself, with a strike rate of one in seven; the Bakaula Male, largest of his ilk; Broken Tooth and Kublai, the successor of Genghis; the Nalgahti male and Machhli.

Given their dwindling numbers, books about tigers these days are usually depressing. But Valmik’s book is about the tiger’s reconquest of its lost territory. My favourite picture in this book is of a magnificent tiger framed in the ancient arch of the Rajbagh, watching over a territory where villages like Lakarda, Ranthambore, Lahpur, Anantpura and Guda once flourished at his expense but where his progeny now roam free, thanks partly to Valmik’s tireless efforts.

The book is also a tribute to Valmik’s guru, Fateh Singh Rathore, who walked the wilderness with him for 35 years. “Fateh Singh was my link to another world—the world of nature, and with it, to a timelessness in spirit and a freedom in action. These were feelings I had never really embraced before but as I would arrive in Ranthambore, they would envelop me. Fateh fitted into the atmosphere perfectly and was like its god-figure,” writes Valmik.

Although Valmik finds it hard to peel himself away from Ranthambore, he does give glimpses of other tiger habitats like Pench, Corbett, Satpura, Udanti, Tadoba, Manas and Kaziranga. There is also a fleeting look here of his visit to Africa, and the lessons we can learn from their handling of wildlife.

For Valmik, negotiating with ministers and bureaucrats is the toughest part of his mission to save the tiger. Indira Gandhi, he concedes, was the tiger’s greatest friend. “Political will was at a high,” he writes. “By 1986, Rajiv Gandhi piloted the Environmental Protection Act and in the late 1980s, the tiger population rose to its highest ever....” During the 1990s, tiger conservation got bogged down in a jungle of government departments. “I am not sure if Kamal Nath helped us or we helped him.... In the end, little was achieved after we had dealt with a hundred committees and subcommittees.”

“The political and administrative system defeated and derailed me,” he writes. Besides, conservation politics became more complicated and competitive. People versus animals was replacing people for animals and animals for people approaches to life and development. Ministers like Maneka Gandhi, Suresh Prabhu, Saifuddin Soz, T.R. Baalu, Raghupati are all acknowledged by Valmik in varying degrees for their services, but he reserves his unstinted praise for only one man: Jairam Ramesh. The former environment minister “gave the ministry a direction that it never had. He was able to embrace the wildlife activist, the human rights activist, the environmentalist, and both the GDP-wallahs as well as the climate-change-wallas. He was a workaholic and sat in an office anyone could enter, with both Western and Indian classical music playing. Glass doors, an open atmosphere...a breath of fresh air...a challenge to work with....”

And yet, as Valmik wistfully asks himself at the end of his book, “Did Jairam Ramesh succeed or are we back to square one?” Wildlife and climate change, forests and emissions, biodiversity and human sustainability may all be part of one whole, but for Valmik there will always be a special concern for the tiger.

For years, Valmik had dreamt of waking up one day to see a tiger under the great banyan tree at Jogi Mahal, a sentinel of the place where history and nature meet. And then he did, on a magical day—a beautiful tiger chasing a fawn. That day he saw tigers everywhere. It’s on this hopeful note that Valmik ends his book: “There is good news from Ranthambore. One or two reproductive males have become active across the park. The Kachida tigress has two cubs that are about four months old, and the Indala tigress has three cubs. It has been a three-year-wait for these cubs after tigers were taken to Sariska, but now a baby boom is possible.”