From UP's Azamgarh, he called democratic polls after Zia's death; yet retains a sense of dissatisfaction 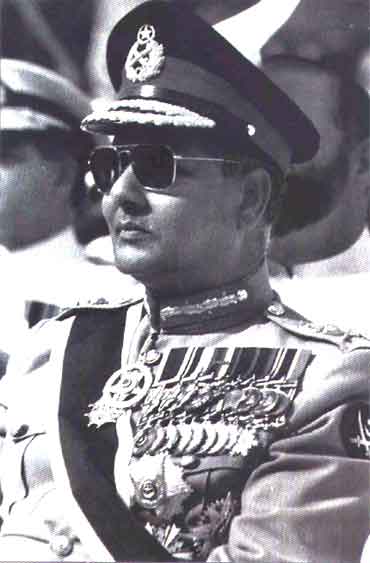 FIFTY years ago, as a student of Shiblee College in the small UP town of Azamgarh, I sought revenge when someone came and told me that a Hindu politician had beaten up a member of our hockey team. Egged on by a mob of students, I beat up the politician at a public meeting. Then came the Partition. I set sail for Karachi from Bombay in '49 after my graduation. My brother was already in the Pakistan Army, so it didn't take me long to decide on a career. I joined the Pakistan Military Academy in '50 and was commissioned into the Baloch Regiment in '52. It was a smooth ride to the top, to GHQ Rawalpindi.

I took over as army chief after Zia's death in '88. We were returning to Islamabad from a meet at Bahawalpur. Zia and nine top army officers were in a C-130; I was flying in another plane. I saw the plane crash in front of my eyes. I soon announced democratic elections, paving the way for Benazir Bhutto to come to power.

Memories of '47? I came to Pakistan with a lot of hope. It was my dream country but after 41 years of my service, I've come to the conclusion that we have not delivered to the people. That is the reason why I have decided to join politics. I launched the Awami Kiadat Party in 1993.

There have been only two parties in the political history of Pakistan which actually represented the people. And both were rejected by the country. One was the Awami League which was marginalised in such a manner that it drifted away from the country. The other is the Mohajir Qaumi Movement in urban Sindh. The problem of the people of Pakistan are economic in nature and nothing else. Despite being a Mohajir, I never faced any hostility in the military. I blame the people who came over (from India) for this discrimination they constantly harp on. They (the immigrants) never really tried to adjust here. They thought they were superior and asked for a different treatment from the locals here. If you are adopting a country you have to behave like one of them.

I adjusted to life here and I learnt this lesson in my college days in Azamgarh itself. Despite the fact that we were a minority there, by putting up a united front, we made our presence felt and achieved our goals.