Gas And The Greater Game 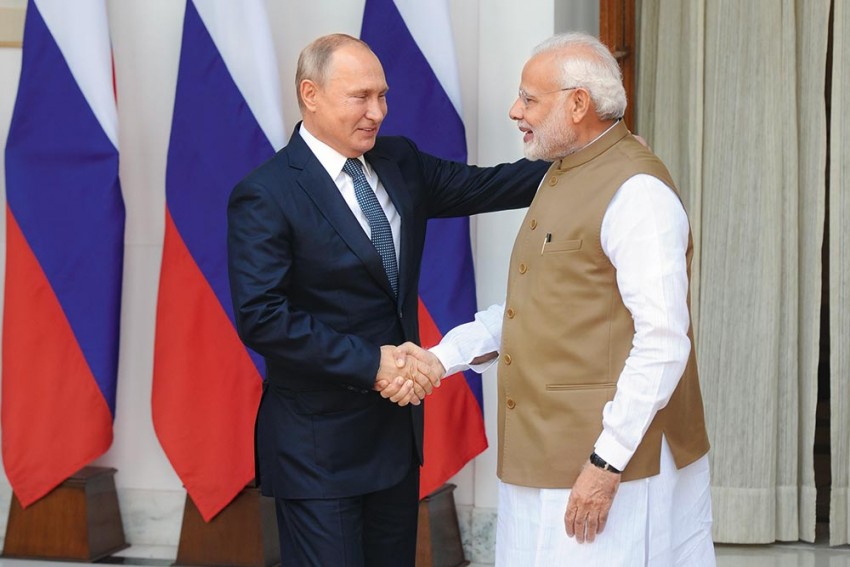 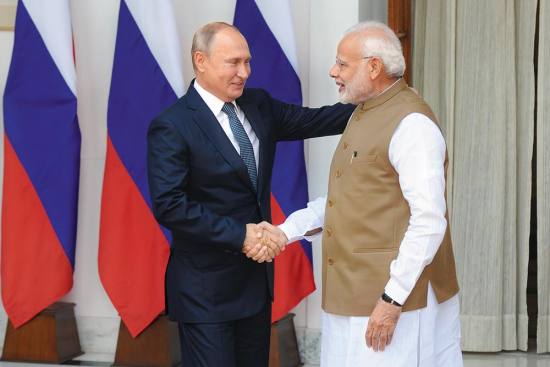 Prime Minister Narendra Modi continues to tack on the highly modified foreign policy course begun by his Wuhan initiative with China. The outcome of Russian President Vladimir Putin’s visit has been dramatic: not only has the government set right India’s waning ties with Russia, it has also stood for reaffirming India’s strategic autonomy. This was a diplomatic masterstroke; Indian foreign policy seemed to have regained its rigour and our mandarins learnt to play the new global power game rather skilfully.

Visibly, the comfort level between Putin and Modi exuded the bonhomie gained after their six-hour informal ‘agenda-less’ talks in Sochi last May when they had thrashed out most of the critical issues. PM Modi’s pronouncement that ties with Russia are “top priority” is a change from his earlier foreign policy team virtually dis­missing Russia as a spent force. Interestingly, according to one former official, even Manmohan Singh, after years of hobnobbing with Washington, finally felt more at home in Moscow when he was there in October 2013 for the 14th annual summit.

Of course, the spotlight this time was on the procurement of the S–400 air defence system. But the contract deal was concluded without much fanfare and without giving any impression that New Delhi was under pressure from the US. Yet, only a single-line paragraph is devoted to the deal in the 550-word joint statement text, while the fate of other defence transactions—the four Krivak/Talwar frigates, 48 Mi-17 helicopters, 200 Ka-226 helicopters, and AK-103 assault rifles production—does not even figure.

New Delhi has approached the deal as a transactional one, driven not by geopolitics but by what it can get out of Russia. With that said, is India keen on turning around its ties with Russia in a big way? Not really. The decision to procure the S–400 system may have been triggered more by strategic compulsion than by necessity, as China’s early operational induction of the S–400 would have undermined India’s strategic deterrence, especially when the Indian Air Force is facing acute shortages of combat aircraft. Russia, however, has demonstrated masterly strategic prowess by reaping the benefits of playing on the India–China strategic rivalry, while at the same time tying the two countries’ fate closely towards Moscow vis-à-vis Washington for decades to come. And for Russia, the sale of the S–400 system was a big geopolitical feat.

The Moscow-Beijing-New Delhi triangle game surely serves to offset America’s global influence—but New Delhi remains the weakest link in this. Russia’s sale of its top-of-the-line weapon system to China is worrying for India. The sale of more than $15 billion worth of weapons, including 10 upgraded Su-35 combat aircraft and a set of S–400 missile systems, was concluded in 2017. Moreover, seven Kamov Ka-32 multirole helicopters, among many other purchases, were finalised in 2016. Second, China’s reverse engineering abilities are well known, and it has reportedly acquired a new elemental technological capability to use tiny super microchips that could infiltrate an adversary’s system. Third, the Russia-China trade turnover reached $84 billion in 2017 while Russia-India trade was a paltry $10 billion, with an $8 billion balance in favour of Russia—finding an alternative payment system to skirt the dollar payment is likely to remain a challenge. And looking ahead, bilateral ties will be hamstrung by a lack of sufficient economic ­content. Putin has set a new target of $30 billion in bilateral trade, and mutual investment of $15 billion in each country, by 2025. He has also ­invited Modi to the 2019 Vladivostok Economic Forum as the chief guest, ostensibly to boost ­economic content.

Russia-India trade was $10 billion in 2017, with an $8 billion balance in ­favour of Russia, while Russia-China trade was $84 billion.

On the strategic front, it is important to see to what extent Moscow has been able to capitalise on New Delhi’s strategic ambivalence over the ‘Indo-Pacific’, ‘quad formulation’ and others. The joint statement with Russia supports the idea of a regional security architecture that provides ‘equal and indivisible security’ to all countries in the Asia-Pacific and Indian Ocean regions. Any consultation on this issue would be made within the framework of the East Asian Summit and other multilateral fora such as BRICS, G20, SCO and RIC. It is unclear whether Moscow has nudged New Delhi on Afghanistan. The statement referred to both sides having agreed to work through the Moscow format and the SCO Contact Group on Afghanistan (both exclude the US) to find an early solution. The word ‘Taliban’ is conspicuously missing from the text.

The two leaders also noted the importance of widening energy cooperation, with Indian companies buying stakes in Russian energy fields. Taking the long view, Putin has also invited Indian participation in the joint exploration of Russia’s Arctic shelf, with the belief that “as the climate continues to change, the northern sea route will offer growing opportunities for ensuring reliable LNG supplies to the Indian and world markets.” Good rhetorical appeals, perhaps, but India’s Oil and Natural Gas Corporation has been involved in the exploration of the Sakhalin offshore fields, as well as northeast Siberia’s Vankorsky field, for years. It is time for Russia to offer India onshore oil and gas fields in eastern or western Siberia. Curiously, it is unclear why the result of the 2017 joint study on building gas pipeline supply routes from Russia and other countries to India is not being considered seriously.

Defence supplies are unlikely to remain the lynchpin sustaining the Indo-Russian friendship for long. For New Delhi, only a blockbuster deal with Russia on energy (both upstream and downstream cooperation), besides the prospect of ­laying the proposed $40 billion long-distance oil and gas pipeline, can turn around the trade prospect to exceed $100 billion. For its part, Russia can only use its energy as a powerful weapon to counter the threat of Western sanctions. Such a deal would be a watershed moment.

But this would require a clear vision and a sincere effort on Russia’s part to bring its strategic ties with both China and India into a single geopolitical alignment, abandoning the subtle game of extracting the maximum it can from its relations with the two Asian giants. Will Russia do that? Obviously, this would upset the existing international order, but that is another point altogether.

Meanwhile, a worthwhile agreement signed this time includes cooperation in outer space—Roscosmos’ willingness to assist ISRO for a manned spaceflight by 2022, and setting up an Indian monitoring and data collection station near Novosibirsk city in Siberia. Russia certainly matters to India’s national interest—something this government seems to have realised lately, for there is also an unequivocal national political consensus on maintaining good ties with Moscow.

What remains to be seen now is whether Modi will be able to handle the Americans with same astuteness. So far, the US reaction to the S–400 contract deal has been guarded—suggesting that its intentions in slapping sanctions on Russia is not aimed at damaging the interests of its “allies or partners”, but to penalise Russia for its ‘malign behaviour’, namely its activities in Ukraine and its alleged interference in American elections. In all probability, the S–400 contract deal will make India’s defining partnership with US even more robust. This is how the game is being played.