From the inimitable Bond comes wisdom wrapped in gentle tales, mountain mist and the natural world 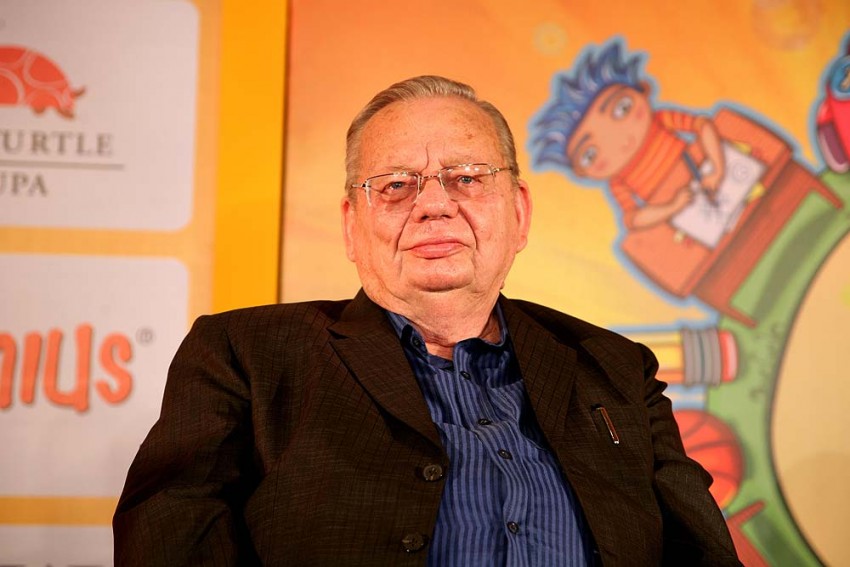 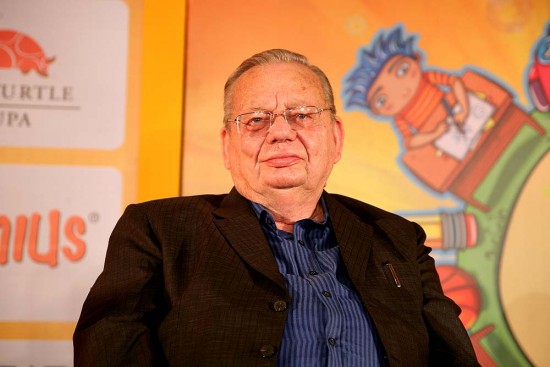 This is the kind of book where one expects to find a dried flower bookmarking the pages still carrying a trace of fragrance, or a leaf from a lime tree. It is, like all Ruskin Bond’s writing, an old-fashioned kind of book that weaves wisdom gathered from years of wandering in the hills, with stories picked up from lonely moonlit meanderings in small towns and fragments of autobiography. Simplicity is what describes it best, highlighted by a line drawing of two birds on the cover against an appropriate background of green.

Bond mentions a 1932 book with woodcuts called The Pocket Trivet, which he cherishes with care and muses on the rightness of a trivet as it balances a kettle over a flame. The year 1932 is possibly Ruskin Bond’s mental year of inspiration too, along with the genre of essays that used to be written by writers like Alison Uttley on the pleasures of country living, or an assortment of tea cups and chairs or anything at all. Themes wandering in a butterfly fashion here and there by guess, as the poem goes, with a verse or two thrown casually in to pick up the threads of the essays. Verses that rhyme gently and unpretentiously.

Most of the stories cover a page or two, at the most three. Some are old friends met in other pages back in time. And they move pleasantly on the wings of bats at night, or the leap of a leopard and her cubs crossing a midnight path. Shakespeare would recognise his sermons in stones, as for example when Bond talks about water making its way down the hills without fuss or quarrels, going underground, gradually growing in strength. He talks about how he was distracted by swallows building a nest in the eaves of a police station while waiting to be arrested for an article that he wrote in the 1970s for Debonair. The birds made him feel that there was more to life than that moment of despair. He advises people to take a turn in the garden watering the flowers for half-an-hour before work—nature will wipe away the unnecessary irritations of life or, at any rate, put reality into focus.

Like Wordsworth, nature is Bond’s best teacher. For those without trees, it is like curling up with an old friend.

As with Shakespeare and Wordsw­orth, nature remains the best teac­her for Ruskin Bond, a good substitute on occasion for friends and family, especially for a man who was alone for much of his life. His lonely childhood haunts the pages with notes of wistfulness, as do the memories of lost loves, both men and women. He talks about the hill people, the girl with dark eyes and pink cheeks, her hair tied up in a scarf, who whisks up and down the hillside, the milkman and the woman, as wrinkled as a nut, who stole walnuts from his tree before daybreak.

Bond talks about the seasons, spring, summer, winter in the hills and that unforgettable petrichor, the fragrance of the earth after the first rains, matched by the scent of crushed geranium petals, casting aside city-slicker pretensions and even the Latin pretensions of botanists as he looks for a flower he christened ‘the merry heart’.

Admittedly, not all the wisdom is deep or new—some of it echoes like proverbs encountered in Zen, or Nathaniel Hawthorne’s ‘happiness is a butterfly’ quote gently fleshed out. But then, at 80, Ruskin Bond has the right to choose his own sources of wisdom without worrying about being original or even worrying about how he sounds. He has found his own wellsprings of happiness, has learnt to live with his imperfections and is content to let the trees of the hills be his critics or his benediction.

For Bond lovers on the other hand, who don’t have trees to fall back on, the book is like curling up on a window seat with an old friend. It brings a breath of hill air to crowded city streets. And this is not a friend who demands too much attention. It can be picked up, leafed through, put down and returned to, depending on mood, weather, company, or the lack of it. It is very much a book for troubled times when people search for words of wisdom from a trusted source without having to plough through page after page of sermonising. Here the comfort is almost instant. Ruskin Bond’s own, he confesses, since he is a pagan, comes occasionally from the I-Ching, which he consults when he needs a decision—though again, of course, the I-Ching may not always be correct!