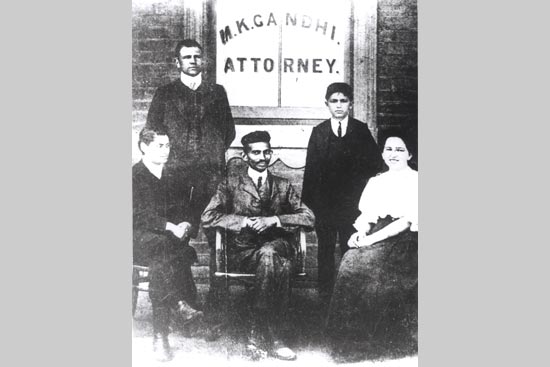 Contesting historical figures linked to the national movement now appears to be a national sport. Nehru did this, Bose did that, Ambedkar was this, Gandhi was that. At times, all our heads can spin from these politically motivated excursions into history. But there is some worth in serious works that add to our understanding of the personalities that shaped our history. Therefore rigorous intellectual scrutiny must always be welcomed, even if it causes some of us some discomfort.

Two books have just come this month that compel us to revisit our understanding of Mohandas Karamchand Gandhi, who is for most of us and for our children, the Mahatma (great soul) and Father of our nation.

The South African Gandhi: Stretcher-bearer of Empire quotes mostly from the Collected Works of Mahatma Gandhi to make principally two points. First, that Gandhi supported British imperialism during his years in South Africa (1893 to 1914). Second, that his attitude towards Blacks can only be described as racist. Authors Ashwin Desai and Goolam Vahed, two South African scholars, say that Gandhi focused exclusively on the rights of Indian people and wished to keep a distance from Blacks. They point out that during the time when the Zulus rose up in war against the British, “Gandhi marched once again to war as the stretcher-bearer of empire.” The authors also believe that there has been a deliberate historical oversight by Gandhi scholars to be part of political myth-making as Gandhi became this huge larger-than-life figure.

This is not the first time that Gandhi’s South Africa years have come into focus. Arundhati Roy, quoted from the same Collected Works in her 2014 essay The Doctor and the Saint, on the Gandhi-Ambedkar relationship, to make the same points. Now these South African scholars elaborate with meticulous rigour on what Roy so tantalisingly touched upon. The publisher incidentally is the same Navayana. What fundamentally comes through is that Gandhi in South Africa at every step restrained himself from throwing in his lot with the Black majority. He resisted again and again. He tried to curry favour for Indians with the Empire and failed to do so. It was only after his return to India that a different Gandhi evolved.

Gandhi in South Africa restrained himself from throwing in his lot with the Blacks. He tried to curry favour for Indians with the Empire.

But did he? The second Gandhi book is even more fascinating as it questions his achievements in the Vaikom satyagraha that has usually been presented as one of the great successes of the Gandhian approach of transforming the minds of the oppressor in peaceful ways. Mary Elizabeth King is a distinguished scholar and Gandhian Nonviolent Struggle and Untouchability in South India: The 1924-25 Vykom Satyagraha and the Mechanics of Change published by oup is a big book. Ten years after he returned to India, between 1924 and ’25, a non-violent struggle took place against untouchability in the small town of Vaikom (now in the state of Kerala). Briefly, upper-caste Hindus and others led a struggle to gain access for untouchables to the roads leading up to the Brahmin temple. King says in the introduction itself that she revisits this slice of history because she wanted to understand the mechanics of non-violent resistance as someone who also spent time engaging with civil resistance in the US. “Revisiting the historical record of the Vykom campaign can help to clarify how the technique of civil resistance utilises non-violent sanctions to bring about results and thus make this form of struggle more valuable for current and future practitioners.” She also focuses on the shortcomings of Gandhi’s leadership and his belief that self-imposed suffering would bring about social change. 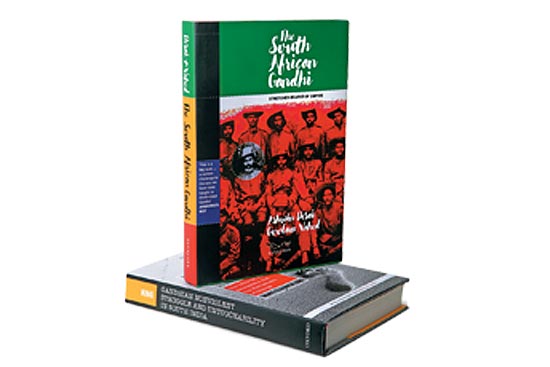 It’s a complex subject to tackle that has dimensions that are philosophical besides being political. Later in the book, she talks of Gandhian caution and analyses it. “Gandhi sat astride a dilemma in Vykom. He wanted to abolish untouchability as it was an impediment to national cohesion and independence and he sought to bring all Hindus into a burgeoning nationalist movement. He also wanted to avoid flagrant political confrontation and civil disobedience against the traditional ruler of an Indian state (Travancore). If being confronted with the sight of a lower-caste person could pollute an upper-caste individual, it meant that the freedom struggle was not solely against the British, but also against an evil inherent in the Hindu community.”

If Vaikom Brahmins agreed to concessions for untouchables, it was not due to compassion but due to the strength of anti-caste struggles.

The author concludes that if the Namboodiri Brahmins changed their minds to allow some concessions to untouchables, it is not because they underwent some sort of inner transformation seeing the suffering of the protesters. Indeed, she argues, that eventually the outcasts would gain ground because of the strength of anti-caste social movements in and around Travancore. In other words, a certain mythology was created about Vaikom that in her view is not borne out by greater scrutiny, research and facts. The book also traces the link of how the story of Vaikom as a brilliant success of satyagraha was transmitted to the US, to Martin Luther King, by Richard Gregg, a white social reformer, who travelled to India in 1925 to seek out Gandhi and spent nearly four years with him. Martin Luther King would in 1960 write the foreword to Gregg’s Power of Nonviolence that had first been published in 1934.

The author stresses the importance of civil resistance across the globe as the principal form of protest and says that Gandhi is “to a degree” responsible for this, “even though non-violent action arises from divergent cultural and political traditions, histories and sources worldwide”. Yet she concludes that Gandhi’s belief that suffering and uncritical belief can melt the stoniest of hearts “is a hazardous article of faith”. In the foreword to the book, Bhiku Parekh too writes with clarity: “Confronted with various kinds of injustices during his long political career, Gandhi wondered how best to fight against them. Since rational discussion had its limits and violence was morally unacceptable, he developed what he called the science of satyagraha and experimented with various forms of actions—Gandhi therefore introduced new forms of pressure such as mobilising neutral public opinion, boycotts, strikes, fasts, non-payment of taxes, civil disobedience and various forms of non-cooperation. While these were effective in various ways, they sat ill at ease with his belief in the irresistible power of suffering love.”

Some Gandhian ideas have always been controversial and contested by ideological opponents. We can also be certain that Gandhi never set out to radically transform society, but instead hoped to hold it together, which in itself meant upholding the rights of the privileged, the upper castes. Now we are told that Gandhi was racist as well.

Yet strangely, both the books only add to the importance of understanding the evolution of this man who mixed spirituality/philosophy with his politics that did indeed determine significantly the history of our nation even as he gave ideas to the world. He was at the very least a fascinating man and both books shed light on his thinking, his prejudices and his shortcomings. What we are left with is also an understanding of a man who constantly grappled with himself and even as he did so with Empire and the society of which he was a product.