India is set to put the anti-doping programme on track. But officials need a crash course on world trends. 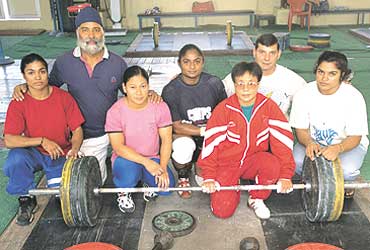 outlookindia.com
-0001-11-30T00:00:00+0553
If India backs good intentions with good action, there is a decent chance that two key objectives will be met—to protect the athletes' right to compete in doping-free sport, and to have effective anti-doping programmes. Though India should have placed the anti-dope programme on fast track long ago, the good news is that it is finally ready to spring to life.

Around 80 nations met in Copenhagen in March 2003, to declare war on doping. Yet, India, a founding member of the World Anti-Doping Agency (WADA), signed the Copenhagen Declaration in January 2005. Its excuse: the signing of an international declaration needed Cabinet approval.

What's worse, it has not yet notified the formation of the National Anti-Doping Agency (NADA). "We have got Cabinet approval for notifying the NADA, prepared a draft notification and will announce the names of seven or eight persons to be on the NADA board," says a Ministry spokesperson. But the demise of Union sports minister Sunil Dutt has added to the delay in instituting NADA.

So, what can change when the NADA is constituted and the Dope Control Centre (DCC) in Delhi gets WADA accreditation? To begin with, the unethical practice of testing athletes before departure for international competitions will end and the DCC will have to follow procedure and report all positives to the international federations. A WADA-accredited DCC as a monitoring body should end the current trend of no punitive action being taken against athletes who have tested positive.

The Sports Authority of India (SAI) has admitted in court that there were 257 positives between 1991 and 2000 and 181 between 2001-04. Yet, only a few have been subjected to sanctions by national federations, which have used the escape clause that DCC was not accredited by the International Olympic Committee or WADA.

In the past, under pressure to deliver results at international competitions, the government has lent tacit support to doping programmes by approving the appointment of coaches and support staff from the former Soviet states. It has turned a blind eye to the support staff providing intravenous injections to Indian athletes at national camps, though none of them are registered with the Indian medical association to practice medicine in India

Indeed, a major problem in checking doping has been the absence of the right personnel in the government. There is sufficient goodwill for the cause and the right noises are always made, but there aren't many in the corridors of power who comprehend the nitty-gritty of the subject.

Consider this: a senior bureaucrat in the ministry of sports was unaware of the facts when it was pointed out that the unethical pre-departure testing being carried out at Delhi's DCC would have to stop. Similarly, a senior DCC official believes that WADA requires DCC to make 1,500 tests in a year and hence it could use the pre-departure testing to muster the numbers.

One area where India will face a problem is in the fight against 'tainted' coaches. The Indian weightlifting federation, for one, finds itself in a quandary, having had to fall back on coaches who it suspended for their role in doping scandals that clouded the sport in the country. Even as it prepares to return to the international fold after being kept out for a year due to three doping violations inside a year, IWF has called upon once-suspended Hansa Sharma to handle the women's team. The federation has also been contemplating the use of Pal Singh Sandhu for his skill as a strategist, though he has also been slapped a ban.

IWF Secretary-General Balbir Singh Bhatia says it is difficult to prove the role of the coach in a doping violation. "In Hansa's case, I must say that in 2003, the SAI suspended a number of athletic and lifting coaches working with it.No chargesheet was ever issued and her suspension was revoked. In March 2003, we suspended her from being associated with the Indian team for two years, though SAI reinstated her to run the SAI centre of excellence in Lucknow. More importantly, we are handicapped by the absence of good coaches—I am not even saying very good coaches—and the reluctance of some to take up the assignment after what happened to Sandhu."

The international federation suggested a coach but SAI wanted to choose from a panel of three. "We were referred two Bulgarian coaches but they are attached with Pakistan and Iran and both are serving dope-related suspensions. We can't take chances. SAI director general R.P. Watal and executive director M.P. Ganesh are both helpful and understand our position, but decision-making will take time," says Bhatia. According to him, there was no option but to appoint Hansa Sharma to coach the women's team. Also, the ioa has directed IWF not to give any coaching assignments to Sandhu for two years. But the federation doesn't have anyone to replace him.

Be that as it may, India will have to get its act together, perhaps by enacting a law against cheating in sports, like match-fixing, if it is to have effective anti-doping programmes.