Home  »  Magazine  »  International  » climate: copenhagen »  Game On In The Carbon Back Lanes

Game On In The Carbon Back Lanes 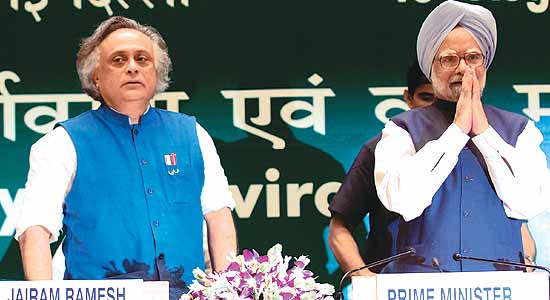 Jairam is presently taking the flak not just from the opposition (especially after announcing a unilateral cut in carbon intensity ahead of the Copenhagen climate summit), but also from members of his own government. He has caused a fair amount of disquiet among the 18-member official negotiating team, though it is more than apparent that he has the full support of Prime Minister Manmohan Singh. Indeed, even a minister critical of Jairam said, “What the minister has said in Parliament, that is the official policy, from which the negotiating team will take its cue.”

While critics of the UPA government say the babble of voices within it on climate change is creating confusion about India’s stand, sources close to the PM say, “The fact that differences between Jairam and members of the team are playing out in the public domain is deliberate. The PM wants both views to emerge and he will take the final call. India cannot, at any cost, allow a US-China gang-up against India.” He also stressed that the changes were tactical, not fundamental—and it was all geared to making India a deal-maker rather than a deal-breaker.

The PM, these sources say, wants to move India away from the role of leader of the naysayers to that of “a responsible stakeholder, which acts as a bridge between contending platforms to build a consensus on contentious issues”. Jairam—who has worked with the PM in the past, too, in the Congress’s economic cell—has indeed managed to introduce “flexibility” into the climate change discourse. Of course, the final word has not been said on this “emerging stand”. The PM’s statements at Copenhagen next week should hopefully provide some clearer answers.