Game Of The Ashramites 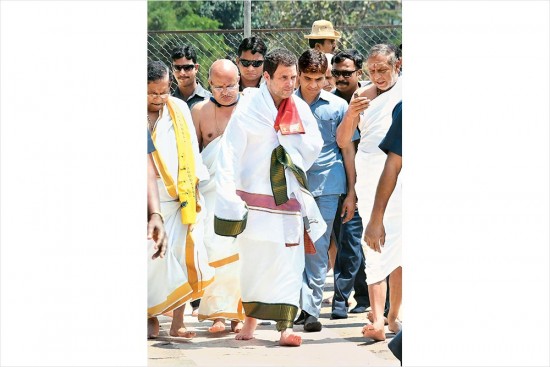 Politics, these days, has been turned into a performance art. Due to the ubiquity of electronic media, the element of performance has been accentuated like never before. Naturally, when someone enters politics, that person’s political conviction morphs into what is regarded as necessary for his image. His ‘real self’ gets subsumed by his political self in the public sphere. But now, many things he says or does are often seen as a performance, a drama enacted before the public eye.

If we try to describe politics in the terms of Vedantic symbolism, we might say that he is empowered to prove the ‘rope as snake’, or vice versa. His speech, laughter, emotions and dressing sense, all become subjects of public discourse—all are the stuff of performance. Conversely, habituated as we are to a staple of political posturing, we too start searching for ‘performances’ in our politicians’ everyday lives.