'G For Gujarat, H For Himachal, I For India'

The Himachal CM in conversation with Outlook 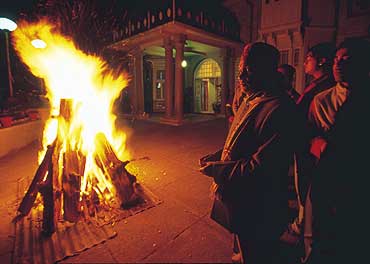 Chief minister Prem Kumar Dhumal began his Vishvas yatra on December 23, the day after Narendra Modi was sworn in as chief minister. Dhumal told Outlook that though Hindutva may not have the same impact it had in Gujarat, he expects Modi to be a star campaigner in next month's poll in Himachal Pradesh. Excerpts:

What will be the main message in your campaign?
In a highly literate state like Himachal, developmental issues will always dominate. So, we'll talk about what we have done.

Who will be your star campaigners?
Atalji and Modi. Atalji has great love for Himachal and comes to Manali every year. He has done so much for the state. Modi has an old connection. He was Himachal incharge when my government was formed. He knows every corner of the state.