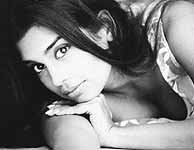 This film’s different. Its director must be the only one to have the distinction of becoming a mother while her maiden venture was still on the floors. Now, Shona Urvashi’s Chupke Se is all set for a worldwide release. Touted as a Sai Paranjpe in the making, the 27-year-old Canadian-Indian’s film has been produced by pla Productions of the late Gul Anand who also happened to have given a break to Sai years ago. Inspired by "middle-class entertainers" of the ’80s like Chashme Baddoor and Katha, it aims to bring back the infectious sense of fun of a Basu Chatterjee, Hrishikesh Mukherjee or Sai flick back to the Bollywood fold. It stars model Zulfi Syed, TV actress Masumi and veterans Rati Agnihotri, Om Puri and Tinu Anand. A love story of two radically different people, it has Masumi, Shona’s sister in real life, playing a mischievous Maharashtrian girl from Mulund who wants to make it big in the glam world. The lyrics are by Gulzar and Vishal Bhardwaj has done the music.