From The Claws Of The Crab 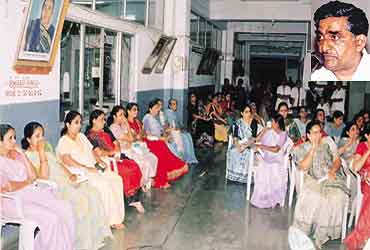 Naik’s hospital has a cancer information and counselling centre set up by a farmers’ cooperative. The centre doesn’t merely dish out inspirational speeches, it tries to intervene before a patient knows he has cancer. Among other things, Naik sends trained hospital staff door to door calling upon people, especially women, to get themselves checked before it’s too late. They also organise awareness workshops where women are tested for breast and cervical cancers.

Cancer, Naik explains, is such a taboo that few would come to get themselves checked and fewer would reveal that they are sufferers. "This is why the initial response was low. But now, with our volunteers visiting the surrounding villages, people come for the tests," he says. Ever since the inception of the centre, some 400 people have attended the workshops and 200 women got themselves tested.