From Olympus To The Arena

Simulated to exhibit the best in the human ­spirit, sport was the site of ideal competition. Now, ­individual glory is the one rule of the games. 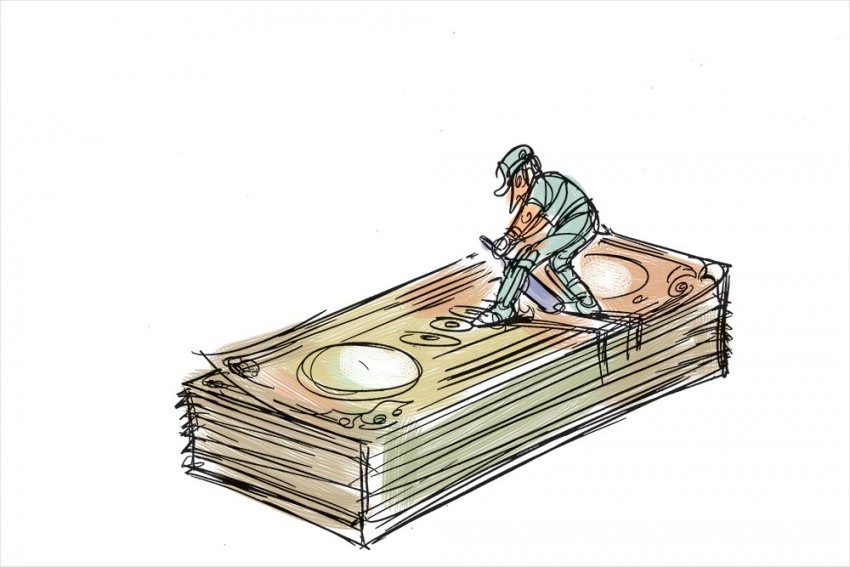 Illustration by Sajith Kumar
Pradeep Magazine August 11, 2017 00:00 IST From Olympus To The Arena 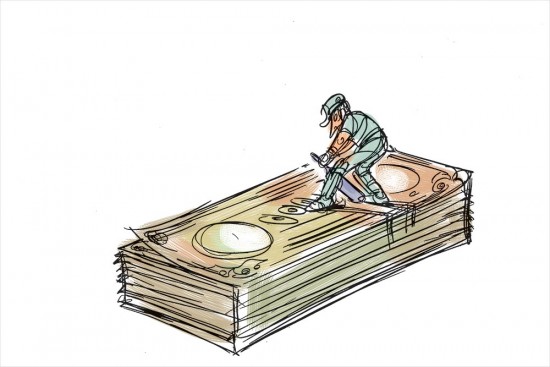 What is sport? Is it an activity that is an end in itself, or is it a means to an end? Can we put a professional sports­person on par with a corporate honcho and say both get wages for the acts they perform, the better the performance the greater the money earned? Is sport today just like any other job or is it the pure pursuit of excellence in a given discipline, where life begins and ends in performing a physical act with great skill that awes audiences worldwide. Is winning an Olympic medal or a cricket world cup the ultimate reward for these set of skills, or is becoming the highest buy in an IPL auction the ultimate dream?

Before I confuse you more and more by bombarding you with questions, let me make the reasons for becoming a quiz master clear. My brief is to explore whether there is any idealism left in sports as we know it today, or is it just another commercial activity where money, cheating and corruption are as much a part of life as is professional expertise. When in 1896 Pierre de Coubertin, a French baron, founded the modern Olympics, his words “The important thing in life is not the triumph, but the fight; the essential thing is not to have won, but to have fought well,” lent competitive sport an idealistic halo. Today, these words sound archaic, an anachronism in times where the only essential thing in life seems to be to win, regardless of how one has fought: well, indifferently or with the grease of money or drugs fuelling you to the top, it does not matter. What matters is the podium finish. Winning is everything. Those who only compete fall by the wayside, it is a world of winners take all, and national anthems are played for them and not for those who may have risked losing out but adhered to the spirit of sport: Pursuit of excellence for its own sake.

Today an Olympic winner is showered with riches, especially if that person belongs to a medal-parched country like India. Overnight, from a nobody to a national icon, the transition is so swift that even the athlete fails to adjust to the new reality. The clamour is not to provide more and better facilities and a conducive environment to all those who want to pursue sport and are good at it, but to produce a winner and then to load the winner with so much money that he faces the danger of getting crushed by the weight of those bounties.

Ironically though, there was a time when the biggest threat to the Olympics was supposed to come from professionalism. The ideas of purity in sport had led to the founders of the Olympic movement believing that money is a corrupting influence and anyone taking money to perform risked a ban. One of the most versatile athletes ever, Jim Thorpe, won two medals in the 1912 Olympics but made the mistake of participating in a professional baseball event where he took two dollars per game. This led to such an outrage that he was stripped of his medals.

As the world moved along, earnings of     an athlete were no longer seen as an act of obscenity. The Olympic organisers were now confronted with a far greater menace which has today become a threat to the integrity and idealism of sport than professionalism ever was—drug abuse.

In the 1988 Olympics, Jamaica-born Canadian Ben Johnson blazed the Seoul tracks by running the 100 metres in 9.79 seconds to leave the legendary runner Carl Lewis far behind. It stunned the sporting world. This disbelief soon turned into disgust when the world came to know that Johnson tested positive for having taken a banned substance that was responsible for his enhanced performance. The drug menace, that had from time to time shaken the sports world, had ensnared its biggest victim, turning him from hero to villain in just a day. 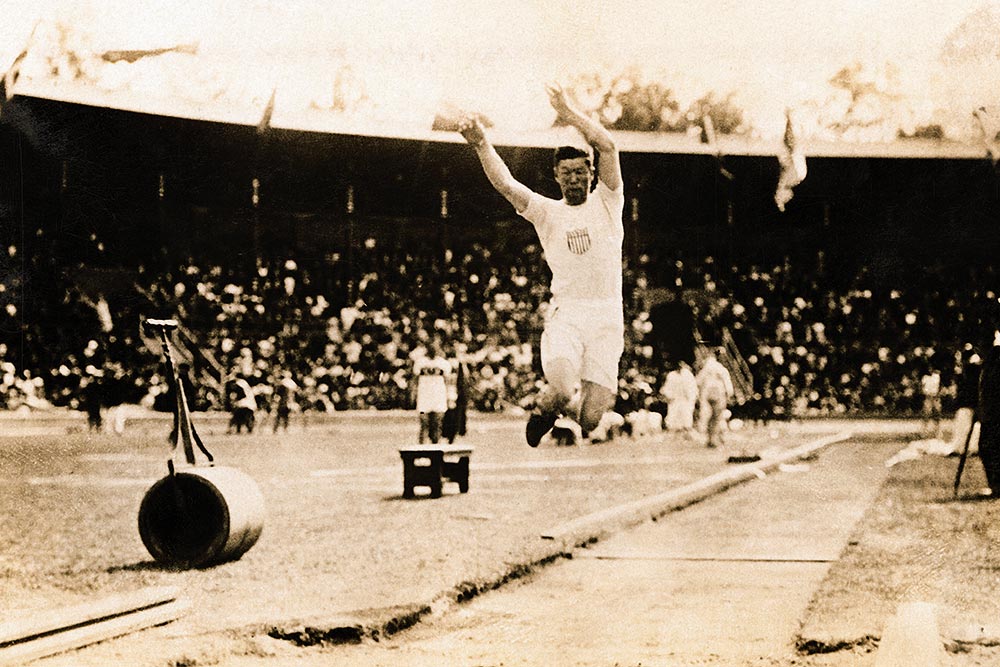 The motto of this new world was fast turning to ‘winning is everything’, from the earlier idea of participation mattering more and it was paying the price of these changed values. No amount of condemnation or moral outrage could cover up for the widespread systemic doping programmes that various countries had experimented with or were unleashing to “produce” winners. Billions were being spent in laboratories to produce drugs that could give an athlete an advantage that separates a winner from the loser, at times the difference being a 100th of a second. A hair’s breadth, as they say.

East Germany, Italy, Russia and even America were not immune from these secret “experiments” that helped them stay undetected by the testing regime of the International Olympic Committee. No matter how much resources and manpower the Olympic organisers are putting together to fight the drug-abuse that helps athletes run faster, jump higher or swim better, they are, it seems fighting a losing race. One suggestion commo­nly heard is to let doping not be an offence, as it will at least create a level-playing field. It is a suggestion that implies that since we can’t catch a thief, let stealing be made legal! Howsoever outrageous this suggestion may sound, it is once again in keeping with the changing times, where winning a medal, bringing glory to the nation, is considered like fighting a war at the border. An athlete today, especially in a jingoism-driven nation like India, is equated with an Army soldier who is out to vanquish an enemy. In a battle of unimaginable high stakes, risking lives to drugs is a minor issue.

But drugs alone may not be the only issue, especially in India, where sport begins and ends with a game called cricket. Even its worst critics concede that the drug menace is not a threat for a game where different set of skills come into play and pure fitness may not be such a decisive factor. Here the threat, as we all know, is the all-pervasive greed that has from time to time, shaken the very core of the sport.

Cricket, a game rooted in tradition, but now being torn asunder by the onslaught of  its much shorter, faster and furiously paced version called the T20, has always been seen from the colonial prism. A pastime of the British ari­stocracy, where the amateurs were respec­ted and the working class players were paid and hence called professionals, a derogatory term in those days, the sport was supposed to be the symbol of justice and fair play. The Britishers spread this sport wherever they ruled and their pomposity led them to believe that since they played the game, it represented whatever is good in a human being. 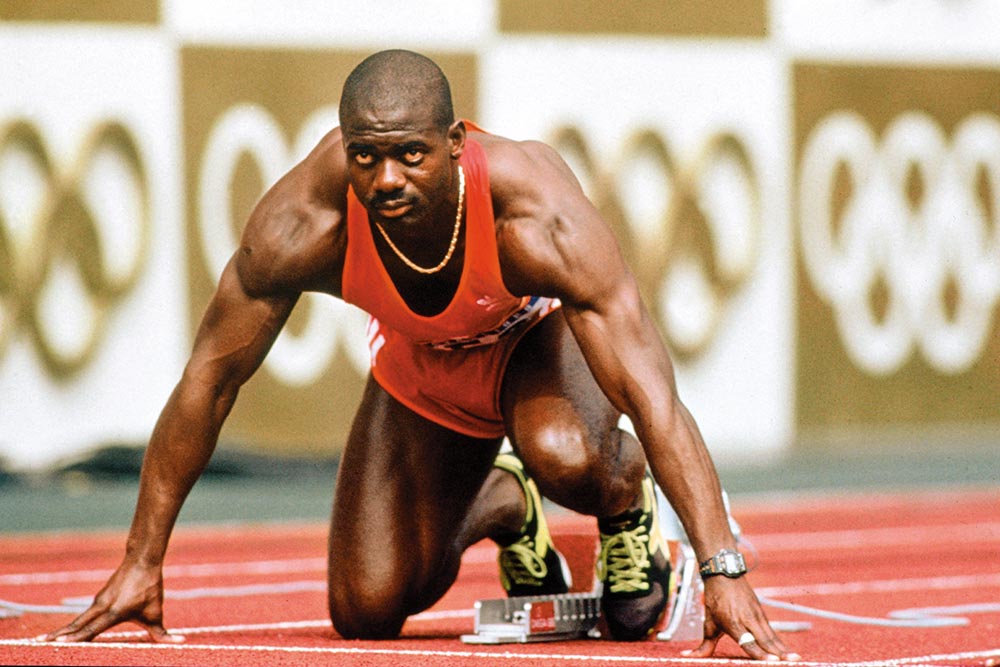 Today, it won’t be a misnomer to call this game completely Indian, played for and by a nation which fuels 80 per cent of cricket’s economy. If India threatens even to withdraw from an international event, the world shivers. Some Indian cricketers are among the richest athletes in the world, competing in earnings with the likes of a Messi or a Federer. But, we all know, that despite the amount of riches that the game and its players are making, the sport has been devastated with players having been caught for match-fixing, spot-fixing and its administrators part of an eco-system where the basic name of the game is corruption.

The Indian Premier League, a bedazzling two-month long event, that sends fans into raptures with the best players in the world competing for who can hit more sixes and fours, has captured the imagination of audiences and sponsors alike. Money is pouring into the game and some suspect even illegally. Allegations of players on the take are so rife that many compare the event with the WWE (wrestling) bouts that have phenomenal popularity, even when everyone knows they are fixed.

But the most amazing part of sport is, despite all these proven charges, doubts and cynicism that the fan has to live and deal with, he still watches cricket matc­hes with the same intensity as he did before. A Rahul Dravid flourish on the on-side, a Sachin Tendulkar straight punch, or a Sourav Ganguly caress through the covers always satiates a fan, whets his appetite and leaves him with the euphoric feeling that there is so much beauty in perfection that nothing can spoil it. It is this aspect of sport, its skills and their display in very adverse and competitive circumstances that bring the sagging muscles and brittle bones of even the aged alive.

When Roger Federer on the run, unleashes his backhand, not a muscle out of place and the body moving like a ballet dancer, you feel sport is after all worth watching for its own sake, winning and losing be damned.

Idealism in sport may be dead. Long live sport. 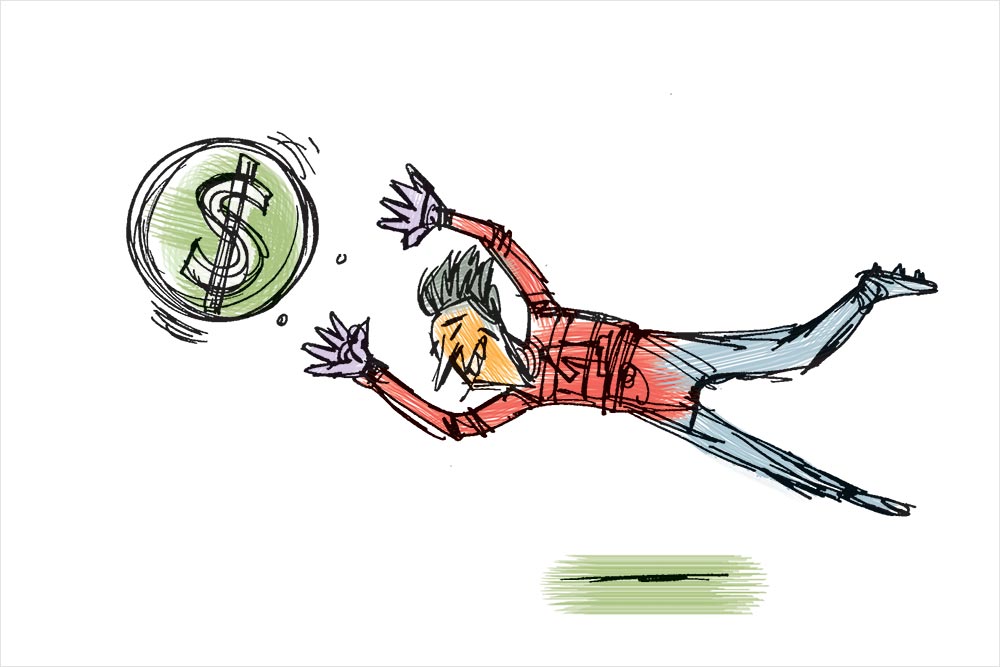 Between Motives And Motifs