From Madhouse To Miracle

In Kerala, quotas have more than achieved what they set out to 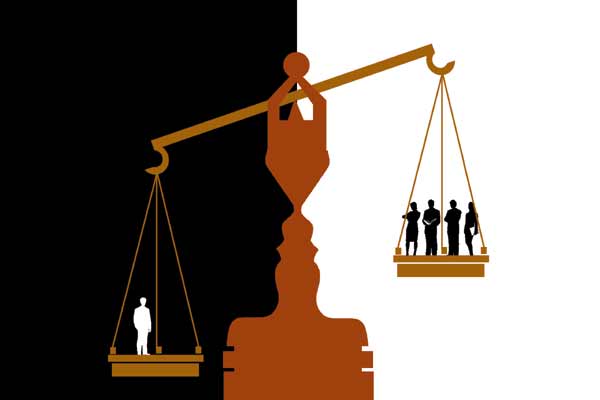 When Adi Sankara, a Namboodiri,  saw a Chandala, or a “dog-eater”, cross his path, he voiced the old call, “Gachha, gachcha! (Go away!)” The outcaste retorted, “O best of Brahmins, are you trying to distinguish between matter and matter, or between spirit and spirit?” Adi Sankara, who argued for Advaita, was speechless. He found his tongue in the Manisha Panchakam, which has the following refrain: “Whoever shows me the way, be he a dog-eater or one twice-born, he is my guru.” However, his clan later spread the story that the Chandala was Adi Sankara’s master, Lord Shiva, in disguise. Thus they effectively negated his example.

For almost a millennium, the Namboodiris were top dogs in Kerala society. They were the biggest land-owners and the most socially exalted. But the varna system of castes is not indigenous to the south. The adjustments made to align it with the local hierarchies produced a bewildering mix of castes and customs. Around 1900, Swami Vivekananda remarked that the region was a “madhouse of castes”. The Dalits in Kerala were among the most oppressed in India.

Twelve hundred years after Adi Sankara, the wheel has come full circle. On January 13, the Kerala High Court dismissed a petition challenging a government order of September 2008 through which the godless Marxists had created a 10 per cent quota in state-run colleges and a 7.5 per cent quota in university departments for BPL students from the forward castes.

The court observed—I refer here to the Indian Express report by Shaji Philip—that it was time reservation in higher education and employment was gradually brought down, as the socio-economic conditions of SC and ST communities and other backward classes had undergone a “revolutionary” change. It said these communities must realise that the government’s overindulgence in extending various benefits would only “stunt their growth” and that the time had come to “awaken these communities” from the “slumber of satisfied insouciance”.

That is to say, the court is of the view that reservations for the traditionally oppressed have actually worked in Kerala and need no more be the first priority in the social programme. In no other state would the high court make such an assertion. How has Kerala conjured up this miracle in less than 75 years since independence?

Travancore was the first state, princely or British, in which Dalits were admitted into temples. That was in 1936, thanks to Mahatma Gandhi and to Travancore’s ruler, Maharaja Chitra Tirunal. After independence, the social programme was implemented. The redistribution of land, effected 50 years ago, worked. The serfs got the land they and their forebears had worked on for centuries. In the democracy, the balance of power shifted. More than anywhere else in India, the Dalits of Kerala have real, not just majoritarian, power. Today, Kerala is a largely egalitarian society.

I don’t mean there’s no inequity or inequality in the state. But in Kerala, as in no other state in mainland India—I’ve never been to the northeastern states—I’m on level terms with those I meet by chance. Of course, in the local power structure, there is a certain knuckling of foreheads. Adoor Gopalakrishnan’s film Vidheyan portrays it well. If you live in Kerala, I suppose, you have to come to terms with the local hierarchy. You tug your forelock to someone, and he does the same to someone else, and so it goes on. But the fact is that, as a visitor, I never condescend to the autorickshaw driver who takes me home from the railway station or to the lady who deigns to clean the room I stay in for an exorbitant salary.

The court’s order is therefore sane; it is realistic. It is a pointer to the way ahead. What are reservations for? They seek to give those who are in unfortunate circumstances, through no fault of their own, an escape from history. They seek to redress history. In so far as the transformation of society in Kerala has worked—and let no one forget it was committed to deed by a Marxist government led by a Namboodiri, then chief minister E.M.S. Namboodiripad—it is a template for all of India.

Free-market votaries say Kerala scares away investment. That means companies seeking cheap and uneducated labour cannot get it here. Blue-collar workers in the West earn enough to live with dignity. Kerala, too, places a price on the dignity of labour and on human life. The problems of Kerala society are well and loudly voiced. That happens  only because the people are aware of their rights and actively fight injustice. A number of India’s states would be happy to have Kerala’s problems.