The arrest of top cop Davinder Singh while ferrying militants in his car has brought back memories of a 2004 letter by Parliament attack convict Mohammad Afzal Guru to his lawyer in which Singh was named. 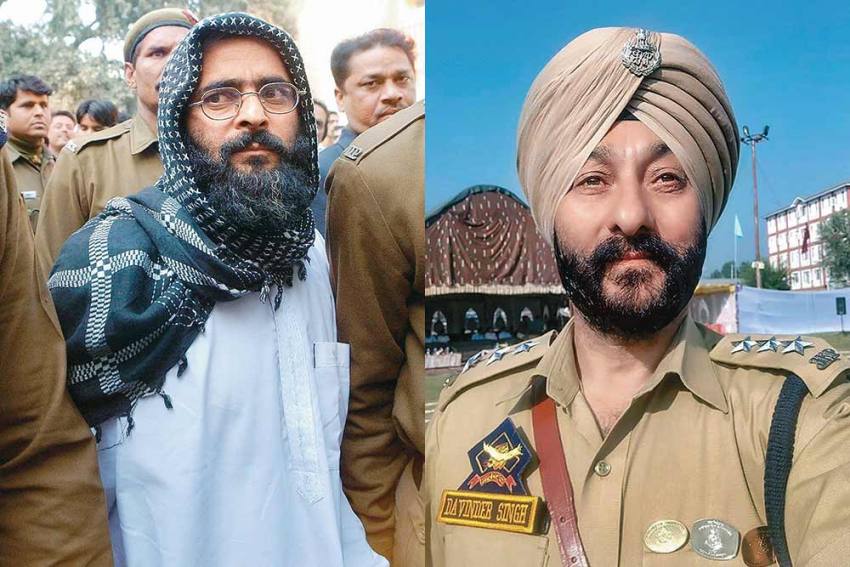 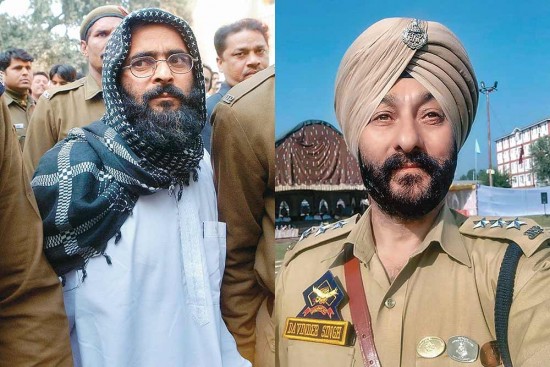 The arrest of top cop Davinder Singh while ferrying militants in his car, a day after he received foreign envoys at the Srinagar international airport, has brought back memories of a 2004 letter by ­Parliament attack convict Mohammad Afzal Guru to his lawyer in which Singh was named. Then an officer with J&K Police’s Special Task Force (STF), Singh was accused of forcing Afzal to take one “Mohammed”—one of the militants who would be killed during the Parliament attack on December 13, 2001—to Delhi, “rent a flat for his stay and purchase a car for him”.

Whether the ­investigation in the Davinder case ends up ­answering the questions raised by Afzal’s letter on the functioning of India’s counter-­terrorism establishment remains to be seen. Born and brought up in Tral area of South Kashmir, Singh was ­recruited as a sub-­inspector in 1990 and ­initially posted at the Ram Munshi Bagh police station. Police sources say an inquiry in 1993 had found Singh involved in a case of extortion, but his seniors dismissed the report. In the mid-1990s, Singh was posted in Humhama in the newly constituted counter-insurgency force of the police, the STF, now called the Special Operations Group. It was at the Humhama STF camp that Afzal met Singh after he was arrested by the STF allegedly for not working with them. This is where Afzal was allegedly tortured by Singh. Two years after the Parliament attack, Singh was promoted as deputy superintendent of police.

On August 26, 2017, eight ­gov­ernment forces personnel, ­including four from the CRPF, and three ­militants were killed in a ­gunbattle at the district ­police lines of Pulwama, around 50 km south of Srinagar. Singh won the ­Sher-i-Kashmir Police Medal for ­participating in the encounter. In August 2018, he was made DSP ­(anti-hijacking) at the Srinagar airport.

According to sources, when Singh’s car was stopped by the police, he said the men with him were his security guards. They turned out to be Hizbul Mujahedeen commander Naveed Babu, another militant Rafi Rather and lawyer Irfan Shafi Mir. When the ­police didn’t relent, Singh told them that they were spoiling his game plan.

The officer, according to sources, had sheltered Naveed, who deserted the police force in 2017, at his home ­adjacent to the 15 Corps headquarters at Badamibagh, Srinagar. Naveed is ­accused of killing at least 11 migrant ­labourers after the abrogation of Article 370 last year.