From Cradle To Saddle

As Rahul takes over from his mother, the 132-year-old Congress seems to need the dynasty more than the dynasty needs it 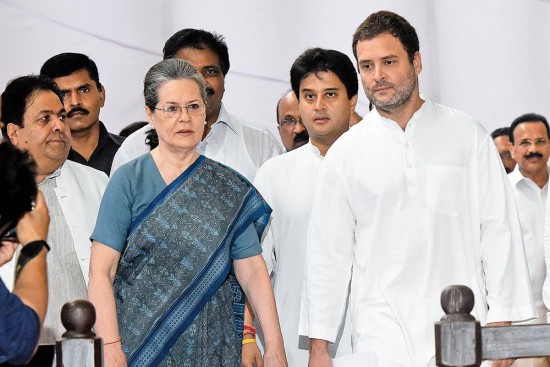 Coronation was the word that surfaced naturally in Indian and foreign minds as Sonia Gandhi stepped down after leading the Congress for nearly two decades and installed Rahul Gandhi as party president. The term suggested itself not because the royal pomp on display, but on account of the feudal mindset pervading even modern dem­ocracies. The Americans, more precisely the whites, are still obsessed with British royalty nearly two-and-a-half centuries after they broke away. They seek to make up for the lost royalty by finding kings and queens—even gods and goddesses—from the worlds of cinema, sports and business.

Much of India is feudal enough to quietly acquiesce in—if not actually rejoice over—dynastic succession in politics. The fiercest critic of the Con­gress’s dynastic politics is ironically the BJP, which reinforces feudal values in the name of Hindu nationalism. It has deplored the dynastic aspect as well as the lack of democratic process in the choice of the new Congress president. Both charges are well grounded, but, coming from the BJP, it’s like a pot calling the kettle black.

The BJP became India’s largest political party by granting membership to every Tarun, Dinesh and Hari who made a missed call. They have no role, however, in the election to any party post as the office-bearers are handpicked by the BJP’s Nagpur-based mentor, the RSS, and its units at different levels. It was at the RSS’s bidding that the BJP’s parliamentary board proclaimed Narendra Modi its PM candidate ahead of the 2014 Lok Sabha election, overlooking former party presidents L.K. Advani and Murli Manohar Joshi, who were waiting in the wings. Then BJP president Rajnath Singh said the parliamentary board had acted “as per the party’s tradition”.