From Centre To Periphery 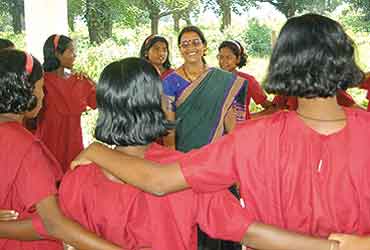 outlookindia.com
-0001-11-30T00:00:00+0553
At the outset let me say that I am not a macro-economist or a soothsayer who can look into the future. I am at heart a social worker and today this is an area that engages my deepest emotions.

I think India, by and large, has done well for herself in the last 10 years and the economy and industry has seen buoyant times, except for the downturn in the late '90s. The capital market has matured and the banking system is more robust. (And I earnestly hope the next decade will have fewer scams!) The 300-million-strong middle class has shown rising aspirations for a better life and liberalisation has created a new mindset of consumerism with its own consequences. Some fine institutions like the Tatas, Infosys, Wipro, ICICI and in my own city Pune, Bharat Forge, have emerged as strong contenders in global competitiveness. In the last 10 years, corporate governance is being discussed with more earnestness and urgency in boardrooms and corporate social responsibility has made some progress, though slowly.

I have always maintained that business for its own survival needs growth and profit but the real purpose of business is human well-being. And if you take a holistic view of well-being it necessarily includes all stakeholders, including the community and environment. If we evaluate the last decade with the yardstick of holistic well-being, the picture is not so rosy.

Take the status of women, for example. Female infanticide has increased and that too in states like Maharashtra and Punjab which are supposed to be progressive. There are many contradictions we encounter every day. Some months ago, I read two newspaper reports that created opposite emotions of hope and despair. One talked about the closing of a school, in a village near Pune, because the villagers didn't want a woman to be the principal. They felt a woman wouldn't be able to maintain discipline. In the same newspaper there was this report of confident women at an ngo forum talking about their ability to do great and meaningful work for the community. Perhaps, when it comes to women, very few societies swing between such extremes as ours. The empowerment of women is an issue which needs to be addressed with a sense of mission by government and society in the coming decade. 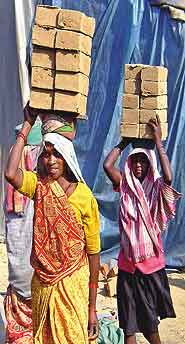 Business has an important role to play in this transformation. It can be the catalyst to influence and correct gender biases and atrocities that put millions of women to great hardship. The economic clout the business community wields can be used with amazing results. Let me give you a small example. Let sebi mandate that employment of women in the workforce will be a governance issue that managements have to include in their annual plans. There will be measurable progress.

If we look at the last decade a little critically, there is another concern that surfaces—communal disharmony. The social fabric in India has been under stress from forces of parochialism, with a vested interest in fanning the flames of intolerance and hatred. What happened in Gujarat was a dark blot on the secular credentials of India. In the coming decade, hopefully, we will see more sanity and tolerance towards people of different faiths and beliefs.

The economic betterment of a large section of society will pave the way for this crucial change, without which all economic progress will remain superficial and prone to volatility. Another connected issue is sensitivity. As the economy prospers, are we becoming more insensitive to our under-privileged men, women and children? This question doesn't need a doctorate in economics or political science to answer. The stark evidence is all around us. We have to open our eyes and hearts to the grinding poverty and suffering around us. Let the next decade be dedicated to this quest.Through liberalisation let us create wealth; but ensure that it is distributed equitably. When there is sensitive sharing, there will be social sanity. The basics of clean water, sanitation, healthcare, education and electricity cannot be denied to them for much longer unless we want their anger and frustration to spill over. Again, corporate India can partner in this.

On the infrastructure front the last decade is probably most under-achieved. As I write this, the citizens of Pune are sweltering under a daily load-shedding of three hours. And summer has just begun! We have embarked on globalisation but our basic infrastructure is not in place. Our roadways, railways, airports and airlines, electricity boards, ports, water utilities—all need a serious rethink and overhaul. The government cannot put this under the carpet and still exhort business and industry to think global. With what right can corporates ask their employees to be more efficient and productive if they have to battle with infrastructure hassles every day in their personal lives? Infrastructure touches everyone.

Quality of life cannot be solely equated with gdp growth at the macro level or money in the bank and possessions at the individual level. We also need clean air to breathe and safe water to drink. Cities like Bangalore and Mumbai have fallen from grace because of their crumbling infrastructure. The other 'invisible' but all-pervasive scourge of our society is corruption. How do we tame this monster? How can we free millions of people from its clutches? It has reached such alarming proportions that it would be almost impossible for a single corporate to fight it. Every day, the government (Centre and states) spends Rs 2,000 crore. There is an urgent need for far greater accountability in this public spending. Unless we make a beginning in this clean-up, a lot of things can come undone. This also downgrades our credibility in the eyes of the world.

In 1947, we got our independence by struggling for it. Let the next decade be a crusade for freedom from poverty, illiteracy, and religious and gender discrimination. As Indians we have the emotional intelligence for this. Let us put our hearts together to bring about a social transformation. The time and tide is right to embark on this challenging journey.