From Black Plastic To Gravura

Slums, Slumdog Millionaire and working for a magazine, all that comes together in this autobiographical piece from Newsweek 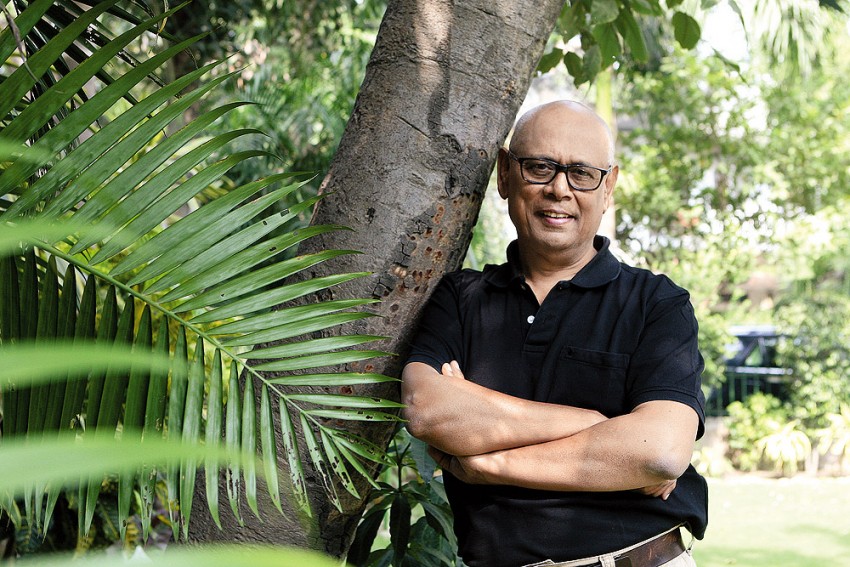 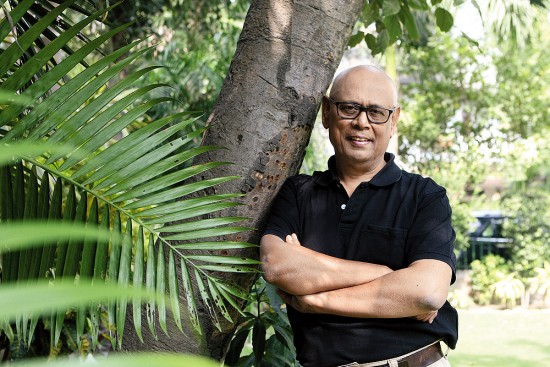 On the way to see Slumdog Millionaire in Calcutta, I had my cabdriver pass through the slum district of Tangra. I lived there more than 35 years ago, when I was in my late teens, but the place has barely changed. The cab threaded a maze of narrow lanes between shacks built from black plastic and corrugated metal. Scrawny men sat outside, chewing tobacco and spitting into the dirt. Naked children defecated in the open, and women lined up at the public taps to fetch water in battered plastic jerry cans. Everything smelled of garbage and human waste. I noticed only one difference from the 1960s: a few huts had colour TVs.

I still ask myself how I finally broke out. Jamal, the slumdog in Danny Boyle’s award-winning movie, did it the traditional cinematic way, via true love, guts and good luck. People keep praising the film’s “realistic” depiction of slum life in India. But it’s no such thing. Slum life is a cage. It robs you of confidence in the face of the rich and the advantaged. It steals your pride, deadens your ambition, limits your imagination and psychologically cripples you whenever you step outside the comfort zone of your own neighbourhood. Most people in the slums never achieve a fairytale ending.

I was luckier than Jamal in this way: I was no orphan. My parents came from relatively prosperous families in East Bengal (now Bangladesh), but the newlywed couple lost practically everything in the sectarian riots that led up to India’s independence. They fled to Patna, the capital of northeastern India’s Bihar state, where I was born a few years later. The first of my five sisters was born there in a rat-infested hut one rainy night when I was three. My father was out of town, working as a construction labourer 100 miles away. My mother sent me with my six-year-old brother to fetch the midwife, an opium-smoking illiterate. The baby was born before we got back, so the midwife just cut the umbilical cord with a razor blade and left. My mother spent the rest of the night trying to find a spot where the roof wouldn’t leak on the newborn.

My parents got us out of the slums three years later. My father landed a job as a petty clerk with a construction firm that was building a dam, and we found a home. It was only a single rented room, but it was better than anything we had in Patna. I went to school nearby. Sometimes a teacher dozed off in class, and a few of us would sneak out of the window to steal ripe guavas from a nearby orchard. If we got caught, we could count on being caned in front of our classmates. Sometimes it would peel the skin off our backs. By my early teens, I was running with a local gang. Membership was my source of confidence, security and excitement. We stole from shopkeepers and farmers, extorted money from truckers and fought against rivals for turf. Many of my pals came from broken families with drunken fathers or abusive stepmothers. Their big dream was to get a job—any job—with the dam-building firm.

Those days ended abruptly when we challenged a rival gang whose members had teased some girls on our turf. Both sides suffered serious injuries before police arrived to break it up. My parents didn’t try to stop me from fleeing town. I made my way to Ranchi, a small city then in southern Bihar. I took on a new name and holed up in a squalid neighborhood. A local tough guy bef­r­i­ended me. He and his partners liked to waylay travellers at night. He always kept me away from his hold-ups, but he fed me when I had no other food. I also fell in with a group of radical leftists. I didn’t care much about ideology, but they off­ered the sense of belonging I used to get from my old street gang. I spent the next five years moving from one slum to another, always a step ahead of the police. For money, I took odd jobs like peddling newspapers and washing cars. 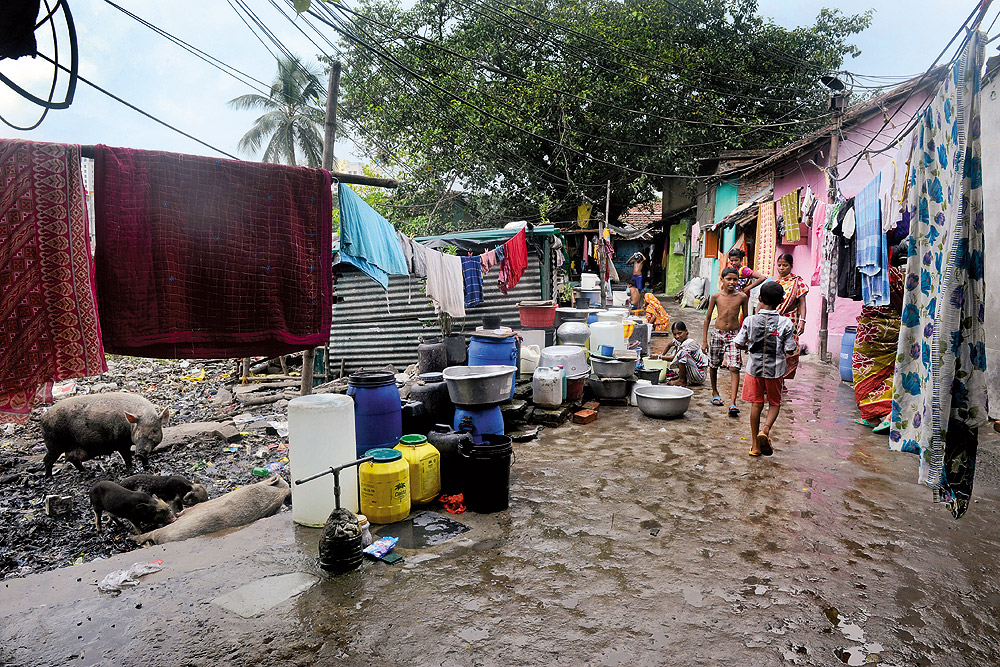 Hardscrabble Street The Tangra slum in Calcutta, where the writer spent a part of his life as a child. (Photograph by Sandipan Chatterjee)

I might have spent the rest of my life in the slums or in prison if not for books. By the time I was six, my parents had taught me to read and write Bengali. Literature gave me a special refuge. With Jack London (in translation) I could be a brave adventurer, and with Jules Verne I could tour the world. I worked my way up to Balzac, Hemingway and Dostoevsky. I finally began teaching myself English with the help of borrowed children’s books and a stolen Oxford dictionary. For pronunciation, I listened to Voice of America broadcasts and the BBC World Service on a stolen transistor radio. I would get so frustrated, I sometimes broke into sobs.

I started hanging around the offices of an English weekly newspaper in Ranchi. Its publisher and editor, an idealistic lawyer-cum-journalist named N.N. Sengupta, hired me as a copyboy and proofreader for the equivalent of about $4 a month. It was there that I met Dilip Ganguly, a dogged and ambitious rep­orter who was visiting from Delhi. He came to know that I was living in a slum, suffering from duodenal ulcers. One night, he dropped by the office after work and found me visibly ill. He invited me to Delhi. I said goodbye to my slum friends the next day and headed for the city with him. 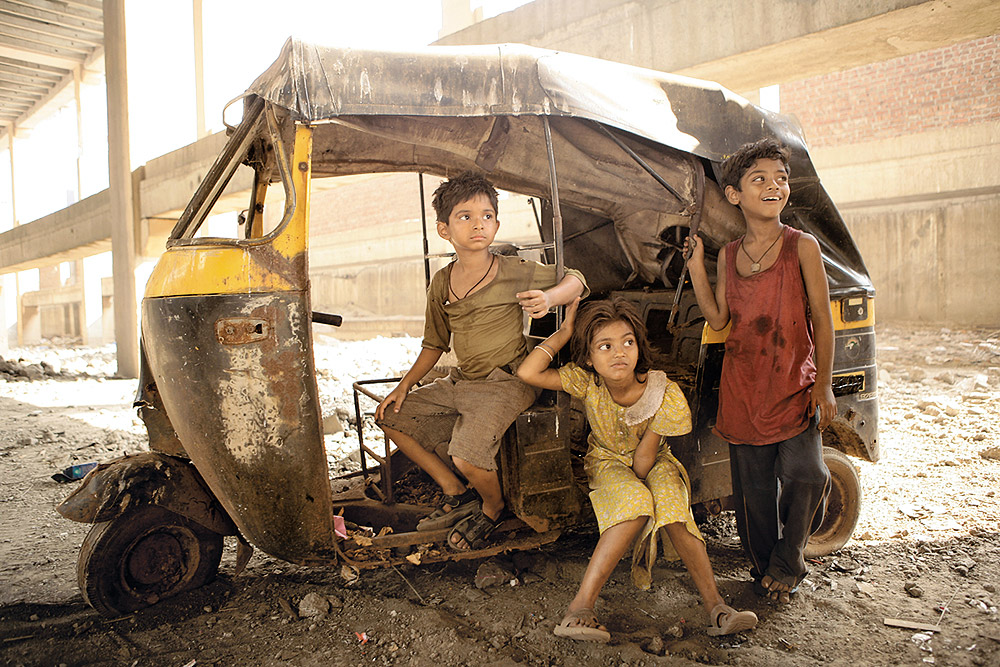 In Delhi, I practised my English on anyone who would listen. I eventually landed an unpaid internship at a small English-language daily. I was delirious with joy. I spent all my waking hours at the paper, and after six months, I got a paying job. I moved up from there to bigger newspapers and better assignments. While touring America on a fellowship, I dropped in at Newsweek and soon was hired. That was 25 years ago.

My home now is a modest rented apartment in a gated community in Delhi. I try to keep in touch with friends from the past. Some are dead; others are alcoholics, and a few have even made good lives for themselves. I’ve met former slum-dwellers who broke out of the cage against odds that were far worse than the kind I faced. Still, most slum-dwellers never escape. Neither do their kids. No one wants to watch a movie about that.

Slumdog was a hit because it throbs with excitement, hope and positive energy. But remember an ugly fact: slums exist, in large part, because they’re allowed to exist. Slumdogs aren’t the only ones whose minds need to be opened up.

Sudip Mazumdar rose from the slums to become Newsweek’s India corresp­ondent in 1984. This article is reprin­ted from Newsweek edition of February 2, 2009.