Whatever the cons, cash transfers will help the UPA stand up again 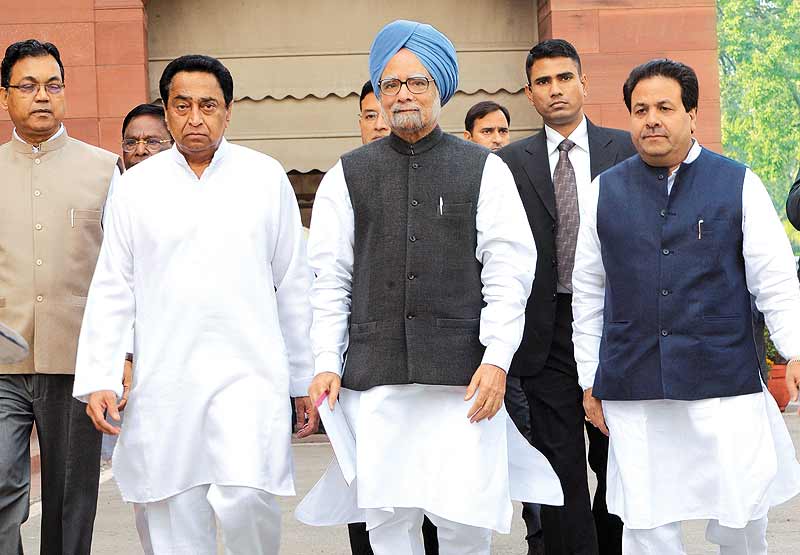 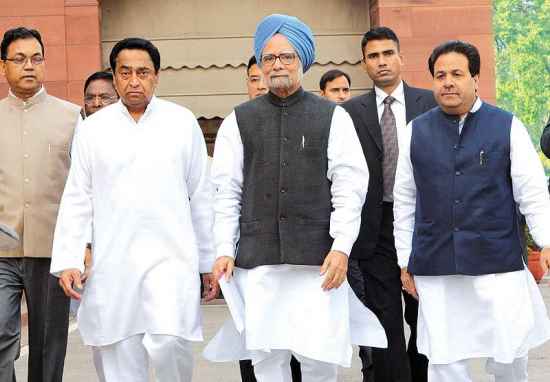 After being battered for months, the headlines are changing for the Manmohan Singh government:

Money, they say, makes the world go round. After months and seasons of despair, there is suddenly a spring in the step of Congress leaders. Pushed into a corner, they have pulled quite a rabbit out of their hat in the form of direct cash transfers. The efficacy, morality and  workability of the scheme can be debated: opinions are strongly divided. What cannot be denied is that it is good politics. Even members of the BJP concede that it is a scheme “we wish we had thought of” and that it’s also “hard for us to oppose”.

What’s more, UPA-II is working on other bonanzas that will be linked to the Aadhar ID card scheme, against which, too, many voices have been raised. Aadhar is now being pushed ahead at breakneck speed. Then, free mobile telephones and free medicines for people below the poverty line. And of course,  the food security bill. But currently, as Union finance minister P. Chidambaram and rural development minister Jairam Ramesh say, direct cash transfers is the “flagship scheme”.

Since the beginning of democracy in India to the present day, politicians and their managers have given potential voters blankets, bottles of booze, all manner of blandishments, including cash, and indicated the symbol on which they should leave their mark. People now press a button on the EVM, but a cash incentive could potentially lubricate the process. That, quite simply, is how things are often done, the reason why elections have become so costly and why the people’s representatives, once elected, try to make up the costs.

It is this imperfect democracy that we celebrate. Little wonder then that the Congress should feel it has a potential trumpcard in politics when it mulls over the possibility of sending cash to potential voters. This happens also in a week when the CAG’s figures on the losses caused by the 2G scam have been questioned. And till the time of writing, the current session of Parliament has not turned out to be quite the disaster that UPA-II managers had feared. The new parliamentary affairs minister, Kamal Nath, is being applauded by members of the ruling alliance and its opponents. As a BJP MP quipped, the UPA now has a team in charge of Parliament who “know people across the political spectrum”, and more important, “know how to manage them”. The reference is both to Kamal Nath and his minister of state for parliamentary affairs, Rajiv Shukla, known to be a great networker.

Still, the smile on the faces of the Congress may get wiped out if the vote on FDI in multi-brand retail in Parliament next week leads to any upsets. Conversely, if the floor management works, then the grins could get wider. The DMK appears to have fallen in line on the issue and sources are putting out the story that both the BSP and Samajwadi Party have “been managed and have given assurances to the UPA”. But it’s always touch and go when dealing with the BSP (which had reneged on its word to the NDA regime in 1998 and tripped up the Vajpayee government). And as for the Samajwadi Party, a Congress insider says, “Mulayam will hit us when we are down and then kick us.” So unless someone is reading the mind of Mulayam, no one should be certain of whether he will give the regime an easy passage or another untimely jolt.

Indeed, given the precarious current position of the regime, it is working quite purposefully on direct cash transfers. The back story to this is that this is not a brainchild of Montek Singh Ahluwalia or the usual suspects associated with the economic policies of Prime Minister Manmohan Singh. In this instance, sources say, it is Manmohan himself who has pushed the project and gone ahead with the backing of party chief Sonia Gandhi and her son Rahul Gandhi. It has from the very beginning been seen as an economic initiative with “great political potential”. It is also seen as quite a clever ploy to present the Aadhar programme as a system to enable citizens to get money under particular schemes rather than as one that marks them out and has the potential to be abused through intrusions on privacy, making it controversial.

Sources say that Chidambaram was not initially enthusiastic about the scheme when he wore the hat of home minister and flagged security concerns. But events moved as follows: On June 26, Pranab Mukherjee quit as finance minister and the prime minister took charge of the ministry. On the same day, the prime minister held several meetings in the ministry. Just over a month later, on July 31, Chidambaram was given finance. He was also handed a blueprint for direct cash transfers. So the finance minister followed instructions and showed his usual efficiency with the process.

Hence, on November 27, he was all smiles and charm at the Congress national headquarters when he said that “the Congress party welcomes the decision of the government to launch direct cash transfers from January 1”. He patiently answered questions and ended the press conference on a philosophical note, quoting a Chinese proverb that “a journey of a thousand miles has to begin with a first step”. Here were two high-profile ministers wearing their hats as Congressmen and unveiling a scheme they kept describing as a “game-changer”.

Chidambaram explained the processes, but it was Jairam who gave the big political spin when he came up with the slogan ‘Aapka paisa aapke haath’, with clear echoes of the party slogan, and linked Rajiv Gandhi’s name to the scheme by pointing out that 25 years ago, he had said that of every rupee spent on the poor, only 15 paise reach the intended beneficiaries. He then deftly tried to link the scheme to the future, saying Rahul will meet all the Congress pradesh presidents of the 51 districts where direct cash transfers will be first implemented.

He also waved a copy of the Congress manifesto and claimed they were keeping to a promise. But a quick perusal of the document shows no reference to direct cash transfers. When has political rhetoric reflected truth?