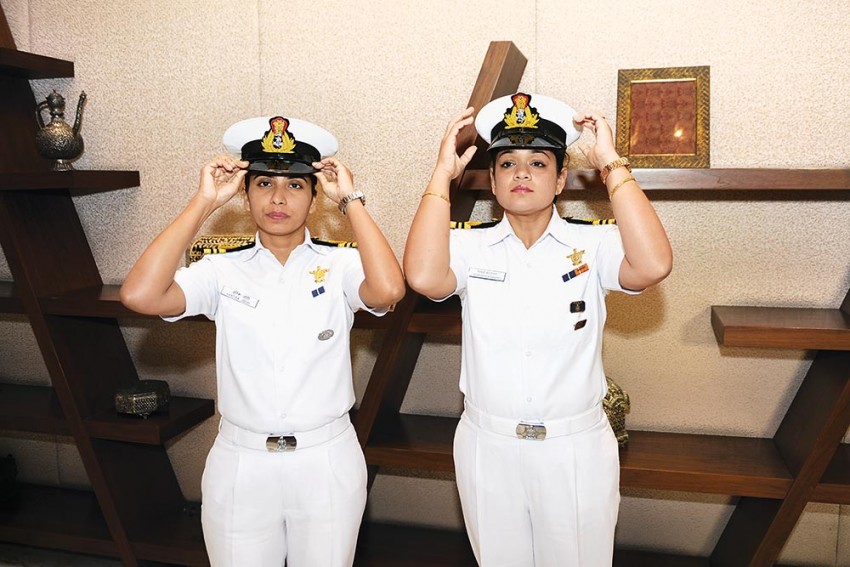 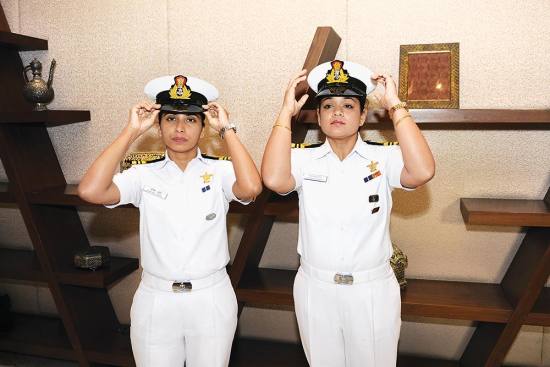 “It takes a while to get back to land and adjust to the normal routine of life,” says Lt. Cdr. Vartika Joshi, a young naval officer. Surprising as it may seem, this small-town girl from Uttrakahand led a team of six women on a circumnavigation of the world. Joshi, an aerospace engineer, fell for the age-old allure of the sea during college and wanted to join the Ind­ian Navy. Lt Cdr B. Aishwarya, also part of the team, was actuated by a dual fascination: adv­­e­­nture and the uniform, with her father being an ex-CISF officer. She was commissioned in the Navy in the architecture cadre. “To be honest, when I joined the Navy, I had no idea about sailing!” she says.

Vartika, however, came from a civilian background, and wasn’t aware that lady officers in the Indian Navy are not given sailing duties or sea postings. “I was a little disheartened…but when this offer of Navika Sagar Parikrama on INSV Tarini came up, I grabbed it,” says Vartika. The training for this expedition star­ted two-and-a-half years back. “The sea can be unforgiving and we had a rigorous training.” Aishwarya testifies to that, and credits her seaworthiness to Capt Dilip Donde: “He was a guiding force.” Donde prepared the women for a punishing voyage, stressing the little details. Vartika mentions the voyage’s long duration and the moments of privation in the open sea. “There were six of us from different backgrounds, so we had our differences of opinion. But at the end we were a team.”

“The best part was seeing nature in its purest form. I used to look into the starlit nights, the reflection of the moon on the ocean,” says Aishwarya. Vartika hopes that one day women in the Indian armed forces will be given permanent commissions. “The navy has changed my outlook towards life!," she says. They can do with more officers like Vartika and Aishwarya!