The latest round of Dalit-Maratha clashes can not only redefine socio-political power structures, but also pose a new challenge to the ruling BJP in the state 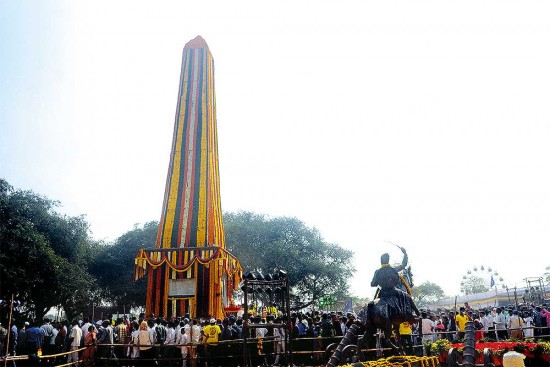 For a fortnight, social media has been abuzz with factual and fictional accounts about what happened at Bhima Koregaon in 1818—and why it remains relev­ant even now. All of it, since the start of this year that marks the 200th anniversary of a historic event associated with the rugged village in west-­central India. It’s there that a war mem­orial stands as a symbol of Dalit pride, as 22 soldiers of the underprivileged Mahar caste died fighting in a battle between the British and a military force under the Maratha empire.

On the New Year day of 2018, people heading for the victory pillar near Pune were attacked, allegedly by Hindutva forces, killing a young man. It triggered protests the following day, prompting several human-rights groups and Dalit activists to organise a state-wide bandh. A cloud of unrest lingers across Mahara­shtra, potentially hinting at the start of a new era for negotiating the socio-political power structures for Dalits and Mara­thas. It may also portend a fresh challenge for the state’s ruling BJP that sits in an une­asy alliance with the RPI, Ramdas Athawle’s Ambekarite party.