The Islamising Morsi is dismissed, Egypt wrests back its revolution 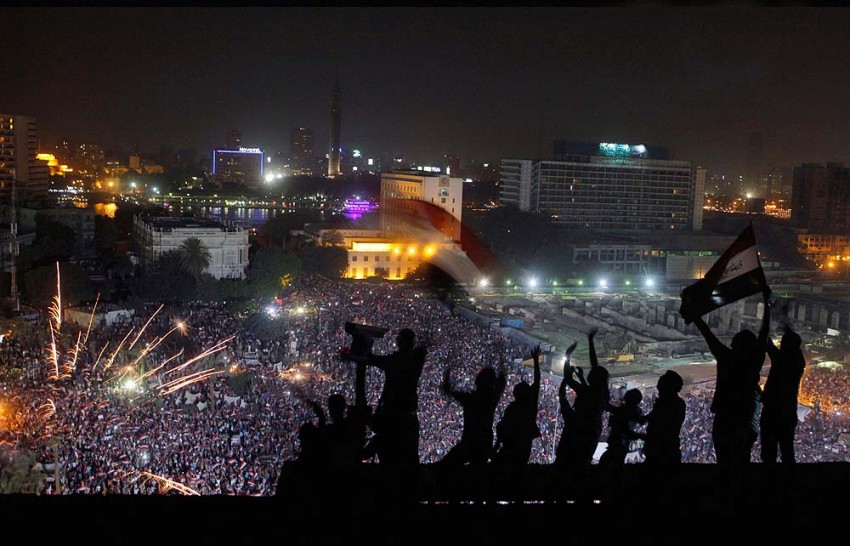 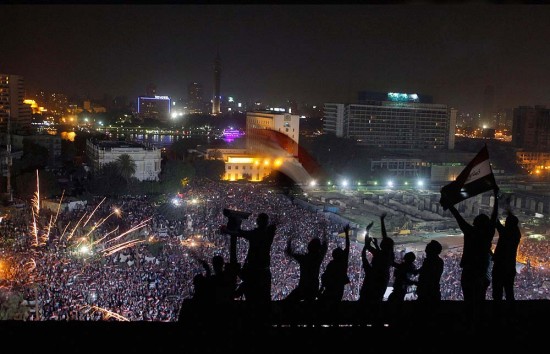 Curfews, deserted streets, tanks rolling out, and an eerie silence. That’s the image of a coup-in-progress worldwide. Yet, as Egypt’s army moved in on July 3 to oust President Mohammed Morsi, suspend the Islamist-backed constitution and establish an interim government, the news was greeted by tens of thousands at Cairo’s Tahrir Square. Fireworks lit up the sky, as military helicopters hovered over, flying Egypt’s flag.

The Egyptian coup did merit concern: the house arrest of Morsi and top aides, including the arrest of Muslim Broth­erhood chief Mohammed Badie and warrants against over 200 Brotherhood officials, the forced shutdown of television channels like Al Jazeera’s Mubashir Misr, and the summary dismissal of the country’s new constitution, not to mention its first democratically elected government. Yet, there are many indicators that the turmoil could yet yield stability for Egypt, two years after the Tahrir Square revolution ousted Mubarak.

To begin with, the coup was hardly une­xpected. On a visit to Cairo in June, this writer saw Tamarod (rebel) mov­e­ment activists openly collecting signatures against Morsi on the streets, and the plan to rally on June 30 (the day Morsi became president in 2012), was clearly gathering support. “We will continue the revolution until we have real democracy,” said 29-year-old blogger-act­ivist Waleed Rashed. “Morsi and the Muslim Brotherhood have hijacked it”.

The anger is understandable. For the past year in office, Morsi has been on col­lision course with practically every ins­titution in the country. Early in his term, he carried out a ‘civilian coup’, sac­­king defence minister and armed  for­ces chief Field Marshal Hussein Tan­tawi, who had played a crucial role in backing the Tahrir protests. Like in Paki­stan, where Nawaz Sharif was ousted in 1999 by the general he promoted (Mush­arraf), here too, Morsi was ousted by Gen Abdel Fattah Al-Sisi, the man he picked to rep­l­ace Tantawi. The similiarity ends there, as Al-Sisi has chosen not to assume office himself. He has instead made the constitutional chief justice Adly Mansour head the interim government.

Morsi had next locked horns with the judiciary—wanting to “purge it of judges from the Mubarak era”. In November, he proposed a draft law mandating an early retirement that could have forced 3,000 judges off the bench, a move opposed by his prosecutor general, who Morsi then sacked. Morsi also imm­unised presidential decisions from judicial review, and made the Islamist-dominated Shura council the final arbiter on most issues. The judiciary rea­cted by sacking the parliament, winning support from opposition parties as well.

To be fair, those tussles were natural, and Morsi’s successors will struggle with Egypt’s power structure as well. Morsi’s bane was unrest in civil society, with Egy­ptians chafing as his Islamisation process gathered pace. Morsi’s Muslim Brotherhood-affiliated Freedom and Jus­­tice party has a grassroots base, but he won presidential elections in 2012 by a narrow majority. He turned that into a mandate for Islamists—passing a constitution that was deemed a step away from enforcing the Sharia, on a population that sees itself as more secular than West Asian neighbours. Amo­ngst its controversial clauses were  bla­sphemy laws threatening minorities. Egypt is proudly Muslim, but cherishes its Pharaonic and Coptic past, and the fear that the Brotherhood would target tem­­ples and churches, much as the Tali­ban targeted Bamiyan and its Buddhist past, grew.

Morsi’s government failed to stop atta­cks on minorities, and shared a platform with Salafist leaders like Safwat Hegazi, who threatened to “spill the blood” of any of the nation’s Christians who weren’t loyal to the government. Weeks later, Egypt’s main Coptic Christian cathedral was attacked, and Christians were killed in attacks on funeral processions. Shias too faced violence; in June a mob brutally killed five of a Shia family in Giza, including the popular leader Sheikh Hassan Tahata. Despite all this, Morsi appointed Hegazi to Egypt’s Human Rights Council. Ano­ther controversial appointment was that of Luxor province governor Adel Al-Khayat from the political arm of Gemaa Islamiya, the group that gunned down 58 tourists at a Luxor temple in 1997.

Egypt’s poor, bearing the brunt of an economy growing at two per cent and a 60 per cent drop in reserves, may have forgone broad-mindedness, but not the assault on their daily bread. Tourism accounts for three million jobs and about 11 per cent of Egypt’s economy, and it is an industry in collapse. From what I saw during my travels from Aswan to Cairo last month, even the most sought after tourist attractions—the Pyramids at Giza, and Luxor’s Valley of Kings—are deserted. The few tourists are given whopping discounts. The Arab Spring unrest saw a 37 per cent decline in tourist arrivals in Egypt, and Morsi’s actions did little to revive tourism. From Nile cruise operators to souvenir sellers and tour guides, everyone held Morsi responsible. Al-Khayat’s  app­ointment proved the last straw—for a week angry Luxor locals and tour operators blocked his way to the governorate, forcing him to resign on June 23.

Others say the final straw was Morsi’s rally of Sunni clerics at the Cairo ind­oor stadium in June, where he snapped ties with Syria. At the rally, Morsi called for an “all-out war” against “infidels” backing President Bashar Al-Assad, and pushed for a no-fly zone over Syria. Morsi’s speech had a dually negative effect—the army worried he could drag them into a conflict it didn’t want, while for many Egyptians wary of America’s role in the region he app­eared to be toeing the US line.

The message from Morsi’s ouster is that it isn’t just dictators who need to worry, even religious extremists seeking to hijack the Arab Spring as a sly route to political power may face the same fate. In that sense, Egypt’s clinical coup is not so much ‘back to square one’, as it is Arab Spring 2.0.

By Suhasini Haidar in Cairo