An air force station, too, caught on to what the navy started 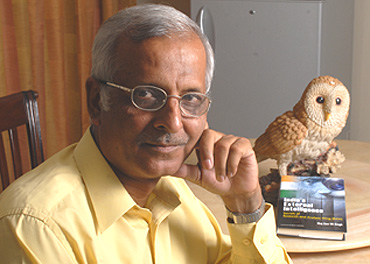 outlookindia.com
-0001-11-30T00:00:00+0553
Air Force station, Kohat, located in the North West Frontier Province of Pakistan, has left an imprint on the history of India's freedom struggle. It was the only air force base to "mutiny" against the British.

As news of the Indian navy's mutiny filtered through Bombay, there were rumours that fighter squadrons from Kohat would be used to bomb the naval mutineers. Immediately, the airmen gathered at the airfield and struck work. Sqn Ldr (later Air Vice Marshal) Harjinder Singh, who was posted at Peshawar, had worked with the men at Kohat and enjoyed their trust. Singh assured them that the air force wouldn't take any action against the naval mutineers. He also gave the men an undertaking that the station commander, Group Capt Aspy Engineer (later Air Marshal) would send a cable to air headquarters in Delhi stating their opposition to any bombing plans.

Engineer immediately dashed off a cable as promised and the men returned to their quarters. While Engineer faced the brunt for sending out such a cable, he refused to punish or dismiss any of the men under his command and after gently chiding them for "indiscipline" he only ordered extra parades as "punishment"