The three-month-old Reliance SIM has hit the ­telecom ­market hard. How long will the free run last? 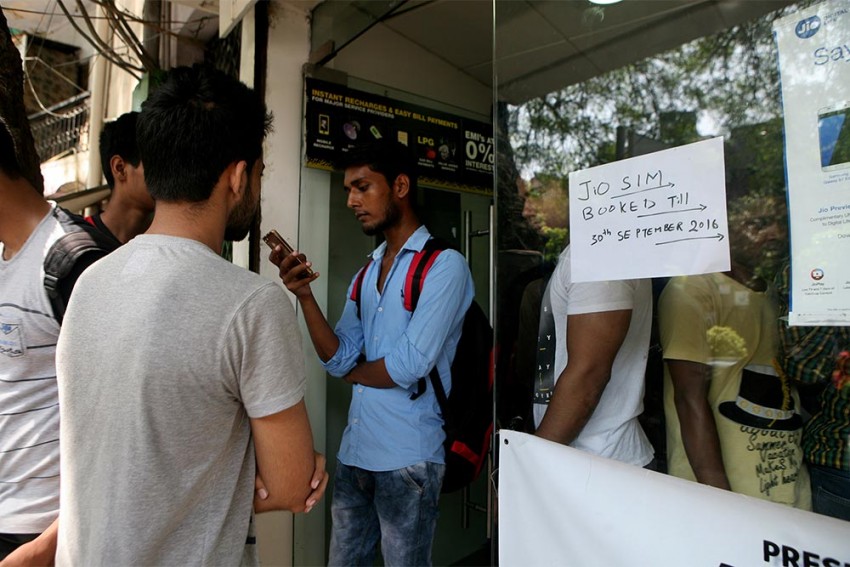 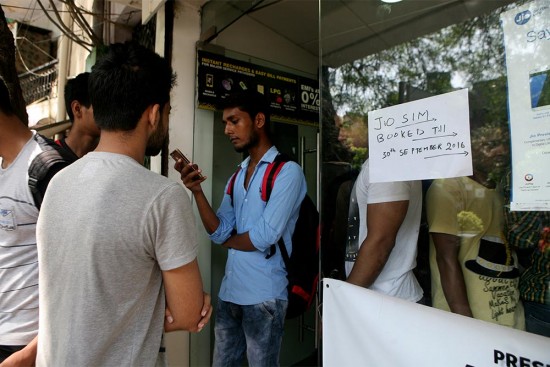 Three months ago, when Reliance Industries chief Mukesh Ambani launched Reliance Jio’s services with the path-breaking “everything free” offer with free voice calls for life, Arpita Pal Agarwal, partner and leader in the telecom sector at PWC had told Outlook that Jio’s entry would force the incumbent telecom companies to go back to their drawing boards and ­relook at their tariffs as pricing for services would come down significantly.

Three months down the line, her words have proved prophetic as telecom players in India have tried every trick in the book to match Reliance Jio’s too-good-to-be-true offer. In the first three months itself, they have seen a significant dent in their revenues as Reliance Jio added 53 million subscribers in under three months. Jio’s disruptive pricing has now forced all the existing telecom players to re-launch their offerings with battered down tariffs and bundled offers.

Earlier this week, market leader Airtel launched a free Airtel-to-Airtel calling offer for its pre-paid users, who form the bulk of its subscribers. Under the new scheme, callers can avail of packs of Rs 145 and Rs 348 with which they will be able to make unlimited free calls to any Airtel number anywhere in the country, bringing down the walls of local and nat­ional STD calling. They will also get 50 MB and 1 GB data with the packs respectively. Jio has already made all local and national calls free to any network.

Following in Airtel’s footsteps, Idea Cellular soon introduced unlimi­ted voice calls to Idea users for packs of Rs 148 and Rs 348. These are huge price cuts by the telecom giants, much lower than what they were peddling until  three months ago.

Predictably, the offers are not limited to calls alone; they are being launched for data as well. Vodafone has launched an offer where its 4G pre-paid subscribers can avail of double the amount of data on their existing market packs starting from Rs 255. Airtel has also launched enhanced data packs where the prices have been more than halved. For instance, a 4-GB data pack that cost over Rs 700 earlier is now available for Rs 293 only.

“Jio has significantly dented the revenue of incumbent GSM players,” says Mahesh Uppal, telecom expert and director of Comfirst. “Most reports suggest this. Part of the reason is that it is difficult to brand a vanilla product like internet bandwidth. So an incumbent risks losing market share if it cannot match price of the new entrant competing with cut-throat prices. This has made the existing players reduce prices sharply.”

Realising the disruptive potential of Reliance Jio’s aggressive policy, telecom operators across the spectrum had ­opposed Jio’s free offer at every forum and even with the government. But since the ‘everything free’ SIM hit the market, they are bending over backwards to match or even compete with Jio’s aggressive pricing model.

“The way Jio services are priced, it will bring further change in the pricing models in the industry,” says Harsh Jagnani, Ass­ociate Head, Corporate Ratings, ICRA. “The industry is expected to move to an ARPU(Average Revenue Per User)-based model wherein the companies will look at the total revenue generated from a user instead of per minute of usage or per MB used. Revenue break-up ­between voice and data will become less relevant.” This, he said, will also force players to offer bundled services instead of pure voice or pure data. The models for the telcos will change gradually to offering one composite service which will include voice and data instead of plain vanilla voice or data as it is now.

With Mukesh Ambani announcing ext­ension to Jio’s free offer from December 31, 2016 to March 31, 2017, on December 1, the rush to launch lower priced and free unlimited calling offers has increased further. In the last few days, almost all incumbent telecom operators have launched either low priced or enhanced data and voice-calling offers for their subscribers. This includes free and unlimited calling within the network, no STD or roaming charges, SMS packs and enhanced data access at same or lower costs. While, at the moment, most of these offers are for pre-paid customers who form the bulk of Indian mobile phone users, the offers are expected to come for post-paid users soon as well.

Experts feel, that this was inevitable and that incumbent players would be forced to go back to their drawing boards to re-chart their plans. “Incumbents will be forced to bundle voice and data. Gradually voice will become free in the next 3-4 months from all operators,” says Jaideep Ghosh, Partner, Management consulting, KPMG India.

As expected, the existing players have seen their revenues go down noticeably since Jio’s launch. “Jio’s entry along with demonetisation is expected to lead to a 6-7 per cent dip in H2 FY 2017 revenues of the industry,” says Jagnani. It is also evident that growth is also taking a hit. According to market reports, data growth for Bharti Airtel was down by 24 per cent and for Idea by 19 per cent in the second quarter this year. With Jio in the play, this is expected to go down further in the coming quarters. Last year, the industry was growing at an average rate of 60 per cent.

Experts, however, feel that while Jio has grown significantly in the last three months to reach 53 million subscrib­ers, its real test will be when its free offer ­will be over and when it starts charging for ­its services though voice will remain free. “One has to see how many of Reliance Jio’s 53 million subscribers are willing to pay for its services once the free period is over,” says Ghosh. “The new customer segment is extremely limited now as compared to 10 years ago when there were many who did not have a phone. We may even see a 50 per cent erosion in subscribers.”

The impact on the industry will also be visible at that time considering that most of Jio’s subscribers use its services as a second SIM card and very few use it as their primary service. This means Jio has not been able to move customers out of other service providers yet. “The long-term impact of Jio’s entry on the industry can be estimated when its free offer ends and when we see its reported numbers in Q1 or Q2 of FY2018,” says Jagnani. “That is when we can look at a meaningful impact of Jio on the industry and see how many subscribers migrate to it and use it as their first SIM.”

Then there is the issue of quality of service. As of now, not many are satisfied with what they are getting out of Jio. Blame it on call drops, lack of interconnect points and inconsistent data speeds. The only thing going for Jio at the ­moment is the “everything free” offer which is helping it pull subscribers to its service. Says Uppal, “It would appear that the quality of the Jio product is not substantially better to prompt a switchover to it, en masse. The network still has gaps in it and there are areas where the signal still does not reach.”

Would there be a drastic change once Jio starts putting a price tag to its services? Things might not change dram­­a­tically though. It might lose some sub­­­scribers but the ball is in Jio’s court. It has limited room to raise prices without being uncompetitive. And, its service would need to be comparable, if not ­superior, to that of the incumbents, if it wants to ramp up its market share. And that, in a fiercely competitive market, would be a tough task.