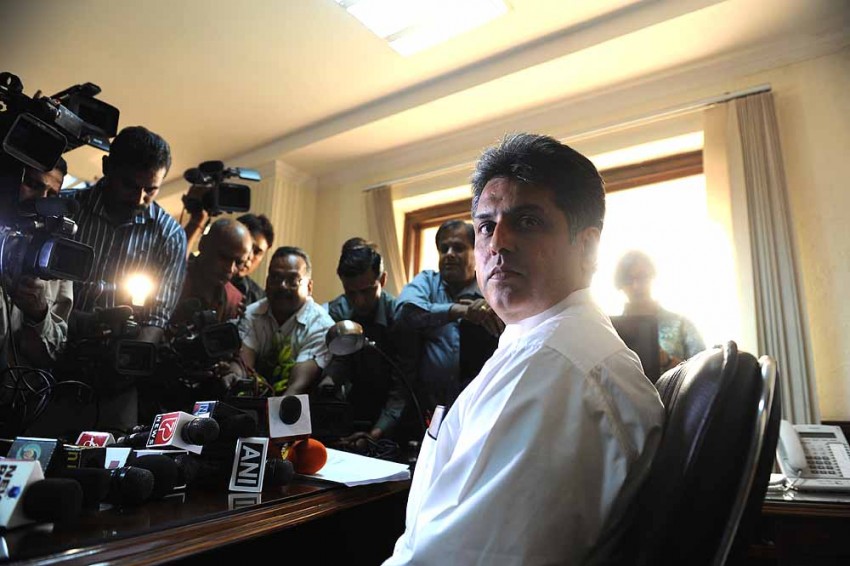 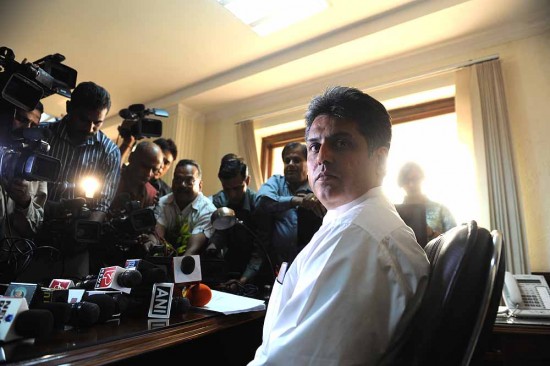 News Work, Across The World...

Countries where  journalists need licences: Spain, Portugal, Chile, Zimbabwe, Brazil, Jordan and Egypt (where journalists are required to join a syndicate). In the US, Michigan has moved a bill to get journalists registered.

With elections around, politicians could be forgiven for making promises they cannot keep. But when a minister pushes a provocative idea at a public forum, it’s bound to start alarm bells ringing. Union minister of state for information & broadcasting Manish Tewari has done just that: at a seminar, he suggested an exam for journalists, after which they should be given a licence to practice. This stirred up a storm, the fear of government control looming prominently. For, only some months back, the government’s new ally in media control, Justice Markandey Katju, chairman of the Press Council of India (PCI), had spoken of minimum qualifications for journalists, who he thinks don’t understand much of what they write about. He even went to the extent of suggesting that journalists’ IQs were low and that he wanted to professionalise journalism.

But there are larger questions. Unlike medicine or law, journalism is a practice-born discipline that cuts across   disparate subjects. Good journalists are generally learners for life, picking up infomation and understanding subjects story after story. A degree, by no means undesirable, is not enough in itself. Yes, there are many reputed journalists without any formal qualifications. Prof­essional talent finds its own way: media houses anyway put newbies through an entrance test before hiring them.

In an era where anyone with a cellphone can become a news provider, the idea of a licence regime seems ludicrous.

But the main question is one of definition: who is a journalist? As bloggers, online newswatchers and social media enthusiasts proffer news, views and analyses, the very idea of who is a journalist is changing. In fact, the 1955 law for working journalists provides a rather musty definition that is seriously inadequate in an age of 24x7 news television and the internet. It says a working journalist is one “whose principal avocation is that of a journalist and who is employed as such, either whole-time or part-time, in, or in relation to, one or more newspaper establishment, and includes an editor, a leader, writer, news-editor, sub-editor, feature-writer, copy-taster, reporter, correspondent, cartoonist, news-photographer.”

PCI member K.S. Sachidananda Murthy agrees that the idea of prescribing qualifications for journalists is wrong-headed. “I don’t believe a presc­ribed qualification and a licence are requirements for a journalist. In a world where the qualifications themselves are changing, it is more desirable that media organisations teach the tools of the profession and lay down ethical standards.” Similarly, Editors Guild president N. Ravi says, “The reporting of facts and the expression of ideas is the right of every citizen. To require the passing of a test and the possession of a licence from the government would be a violation of the very concept of freedom.”

But the minister holds firm, and does not think it  amounts to curbing freedom of expression. “The philosophy of the UPA (on) the media is an essay in persuasion and not an exercise in regulation. The past nine years bear testimony to it. However, at academic platforms, I do keep flagging issues as food for thought. It is for the media to accept or reject them. We only initiate policy action where we find consensus among the stakeholders. I am particularly not keen on licensing anyone.” But, as a Centre for International Media Assistance report says, “...it’s easy to understand why governments, democracies at that, cling to the power to licence. It’s the power to shape the national agenda, to provide the raw material of history books—in short, to dictate the news.”

And governments, as we know, find many ways of achieving control: prescribing minimum qualifications (a law degree is required for reporting from the courts), allowing access to a select few, censoring news, or worse, coercing media groups to toe the official line. In a country where there is a cosy camaraderie between government, corporates, and large media groups, control may not be difficult to achieve—though there will be many who resist vehemently.