‘France Tries To Mask Its Islamophobia Behind Secular Values’ 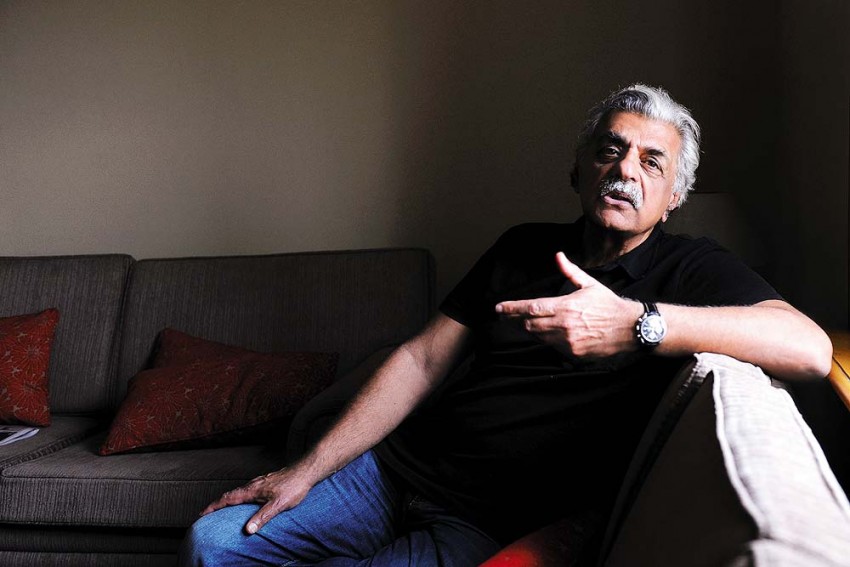 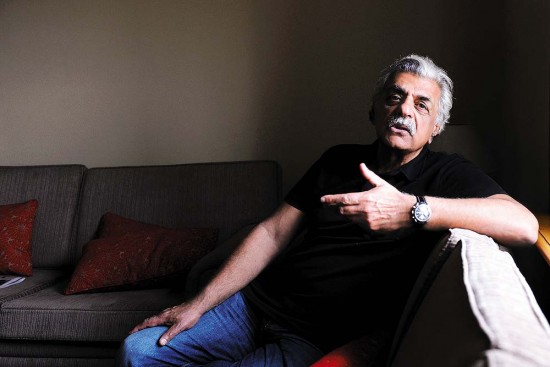 Pakistan-born British commentator Tariq Ali seldom minces words. As a political activist, journalist, writer and film-maker, he has cou­rted controversy and ruffled many feathers. But over the years he has also built up a huge base of followers and admirers much beyond London, where he stays. The firebrand leader of the 1960s campus movement, now all of 71, shows no signs of mellowing with age. In this interview with Pranay Sharma, he charateristically refuses to pull any punches, while talking of the attack on Charlie Hebdo in Paris, the Islamophobia in the West and the ‘double standards’ Europe adopts while talking about ‘freedom of expression’.

The killing at Charlie Hebdo last week has led to worldwide condemnation while emphasising on the threat posed by radical Islam on France and other western democracies. How justified is that fear?

It has been going on since 9/11. The West ref­uses to address the causes. Any attempt to explain why is usually denounced and so it bec­omes civilisational, or good versus evil, or free speech versus barbarism. The fact is that the West has reoccupied the Arab world with disasters in Syria, Iraq and Libya where things are much worse than under the previous aut­horitarian regimes. This is the prime cause of the radicalisation of young Muslims. The Left is in a bad way or seen as part of the problem, so they go to the mosque, search for hardline solutions and are eager to be used by jehadis.

What is the context in which the Paris killing should be seen?

As I described above but vis-a-vis France, these guys were a pure product of French society. Unemployed, long-haired, into drugs, alienated till they saw footage of US torture and killings in Iraq.

So you think western interventionist policies in the Arab and Muslim world are responsible for radicalisation of sections of Muslims in Europe and the United States?

In my opinion, one hundred per cent.

How serious is Islamophobia in France and other European countries?

France is the worst in Europe and tries to mask it by proclaiming its secular values (sound familiar?), but these values don’t apply to Islam. In fact, French secularism means anything but Islam. And when satirical magazines taunt them, they react. It’s as simple as that.

Do you see this as a clash of liberal, western values against conservative, fundamentalist ideas?

No. I think democracy is on the decline in the West. Ruling parties are the same: neo-­lib­e­ra­lism at home and wars abroad. There is a volatility that I have not seen in Eur­ope since the ’60s and ’70s. This time it’s born out of despair, not hope, except in Greece and Spain, where new alternatives are emerging. A syriza (the radical left party) victory in Ath­­ens on January 25 would be a small step forward.

How should the idea of secularism in France be seen? Is mocking religious beliefs of others a key element of it?

It is, but it’s concentrated on Islam, a tiny bit on Catholicism, while Judaism is usually left well alone. Why not show Moses regularly gang-­raping Palestinian men and women? Just as an idea.

As a political activist, author and journalist, how do you see the idea of ‘freedom of expression’ in Europe and other western societies? Don’t they have ‘red lines’ which should not be crossed?

Of course they do. The press in most of Europe today has very clear lines. The diversity has gone and the bulk of the media are an essential pillar of what I have called the ‘extreme centre’—the ruling bloc in Europe. The uniform way in which the Euro-American liberal media attacked the Bolivarian governments was one indication. The defence of neo-liberalism and wars is another. The virtual exclusion of dissenting voices is common to most of the media. Even Germany has seen a decline and The Guardian in Britain has witnessed a coup on its op-ed pages. The (Julian) Assange and (Edward) Snowden stories were handed to them on a gold plate, but there is now a backlash, and self-congratulations on Snow­den will not suffice.

Some key players at Charlie Hebdo were part of the ‘Street Fighting Years’ of 1968. What do you have to say about the way they evo­­lved?

“Some key players at Charlie, part of the 1968 demonstrations, evolved sharply to the right, like French society as a whole.”

They evolved sharply to the right, like French society as a whole. A friend of mine recently wrote: “...did I ever tell you that Cabu gave me my first job when I was still at the lycee? For five months I was at Le Canard Enchaine; that was in the late ‘80s.... Then he relaunched Charlie Hebdo and I joined him for a while, but I never felt at ease with this team and I broke off with them during the war in Yugoslavia (obviously Charlie was in favour of the NATO intervention) and I moved to London.... Then by the late ‘90s Charlie became definitely a right-wing fanzine, always trying to please the establishment and in favour of ALL the colonial wars.... Cabu was an anarcho libertaire and Wolinski was not a bad bloke (a real artist)...the last time I saw him was many years ago at a stand at la fete de l’Humanite...always in solidarity with Cuba....” That was a long time ago. The only decent daily paper of record in France is the online Mediapart, which exposes graft and corruption in high places and is feared by the establishment.

While hundreds of thousands came out to join the rally against the Paris killing, there was hardly any protest visible on the death of 2,000 people at the hands of Boko Haram in Nigeria. What are the reasons for that?

Blacks killing blacks never bothers Europe. It’s a long tradition. The Belgian rulers killed bet­ween 10-12 million Congolese in the early 19th century. Arthur Conan Doyle wrote a pamphlet denouncing the atrocities (Conrad wrote a novel) and there was a solidarity movement of sorts, but limited. Nowadays, the killings and drone attacks in the Horn of Africa, the Middle East, Af-Pak are so common that the haramis of Boko Haram are used to show barbarism but not too much else.... Nigeria’s leader, Goodluck Jonathan, has a lot to answer for as well.

But the attitude that we talk about in France and other European countries is not against Muslims alone, it is against immigrants in general. Will this play an important role in the coming elections in the UK?

True, but Islamophobia is rife all over the continent and has to be distinguished from hos­tility to immigrants or the Roma who have been in Europe for over a thousand years! In Britain, the campaign mounted by the racist UK Independent Party is concentrated against European migration (Poles, Romanians, Alba­nians etc) and is part of their anti-EU stance. The extreme-centre parties are pandering to UKIP in the most shameless fashion.