Forward, With A Sentimental Throwback 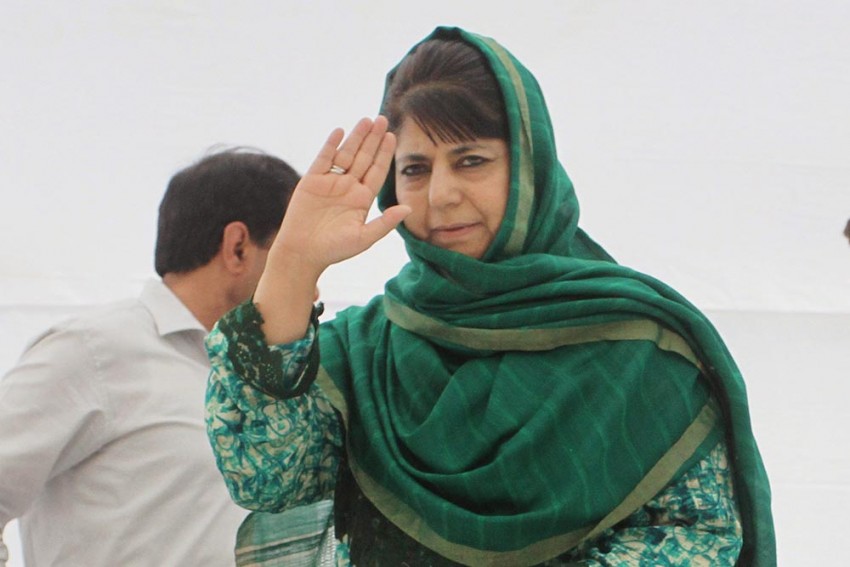 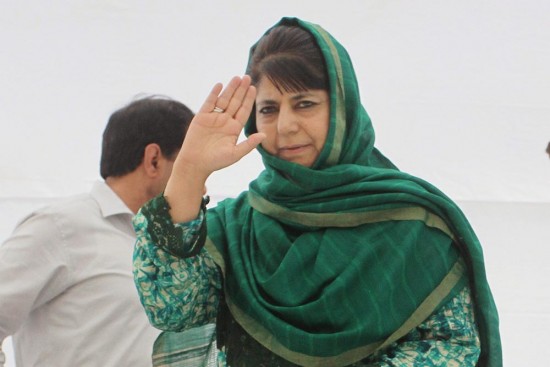 When Pakistan yet again violated its truce with India—this time disturbing a larg­ely calm sector—the Jammu and Kashmir government made a fresh and fervent appeal to resolve the imbroglio. The day the armies of the two countries exc­hanged heavy fire in Uri off Pooch along the Line of Control, chief minister Mehbooba Mufti rep­eated her plea for a dialogue with Isla­mabad. Add­ressing a Sunday function in nondescript Devsar area of Kulgam district, she also wanted more Cross-LoC roads opened for trade and travel with the western neighbour.

That move has piqued the Opposition National Conference (NC). Its leader Omar Abdullah says Mehbooba has chosen a wrong audience to broach the subject. “She must be in Delhi to convince the powers-that-be,” he says, cryptically. I don’t know what she wants to achieve by going public over this matter. In a way, it’s an admission that she is forced to take the line because she is unable to convince Delhi of the soundness of her argument.” The former CM also notes that Mehboo­ba’s Peoples Democra­tic Party (PDP) has allied with the BJP both in Srinagar as well as at the national level.

The subplot the NC hints at is that the saffron party is indifferent to the PDP. Irrespective of that ridicule, Mehbooba continues to speak about “dialogue with Pakistan”­—with such intensity that poli­tical observers see it as a desperate PDP move to improve its image and that of its CM. The party’s image as being ‘soft separatist’ did suffer during six months of protests that broke out in the summer of 2016 following the July 8 killing of Kashmiri militant Burhan Wani in a shootout with security forces.

That led to prolonged public protests, claiming the lives of around 90 youths and injuring around 19,000 (including the army personnel). The PDP suffered major erosion of public credibility in its bastion of south Kashmir, where the government has also failed to conduct parliamentary by-elections for two years now—owing to fear of violence erupting. The Anantnag Lok Sabha con­stituency fell vacant after Mehbooba resigned as its MP in 2016 to become CM. 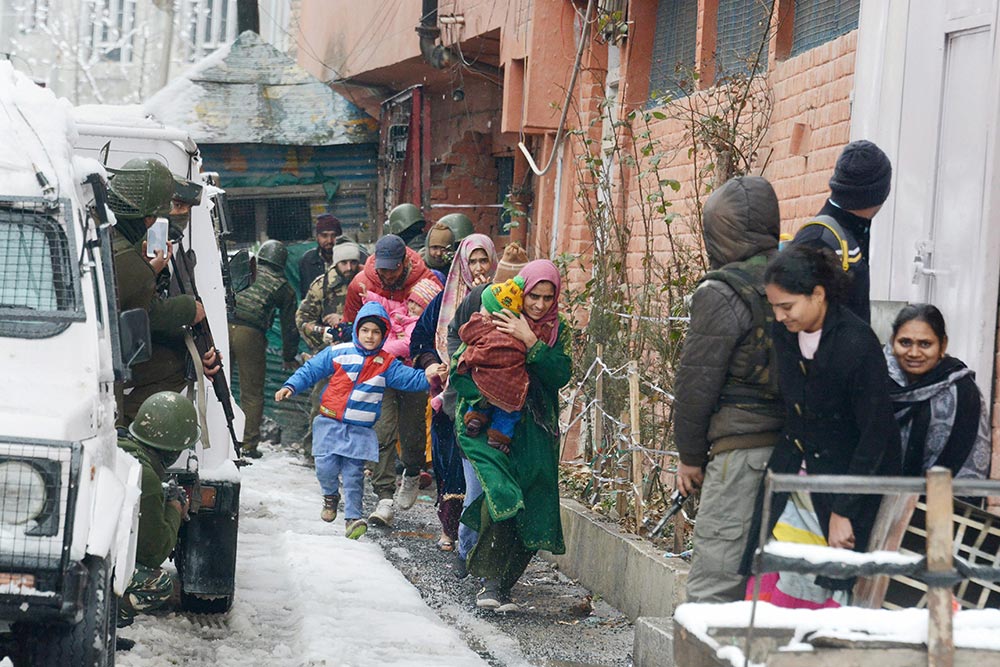 Families moved out of a Srinagar CRPF camp on February 12

This February 18, at remote Kund village, the CM said she wanted people on both sides of the international divide to “march together” on the path of growth and pro­gress. She dubbed the state’s situation along the LoC as discouraging, with frequent deaths and destruction that has prompted the local people to demand construction of bunkers. “This is unfortunate. In the 21st century, when the dem­and should be for better education and civic amenities, they are asking for bunkers to protect themselves,” she said, adding the people of the state continue to bear the brunt of the Partition and acrimony between India and Pakistan.

Just a day later came a padding-up statement from another senior PDP lea­der. Mehbooba’s uncle Sartaj Madani, who is the PDP’s powerful general secretary, went to defend the special status the border state enjoys, reiterating its constitutional validity and that J&K’s Muslim-majority character is a “recognised historical reality”. The PDP is duty-­bound and committed to safeguarding the special status, he added. “Any assault on the demography—veiled or obvious—will be viewed as outrageous and therefore intolerable,” he said, thus making it clear that any bid to dilute the Article 370 and Article 35 (A) that give J&K a special status will have political consequences as well. The Supreme Court is, on April 9 this year, slated to hear a petition against the Article 35(A) filed by people believed to be associated with the Sangh Parivar. “No lessons need to be given that the Article 370 is a bridge between the Union of India and Jammu and Kashmir,” says Madani. “Do away with it, and the state has a right to fall apart.”

The PDP, on entering into an alliance with the BJP in 2015 following a prolonged negotiation, made “dialogue” as part of an Agenda of Alliance between the two parties. Both parties agreed to follow former prime minister Atal Bihari Vajpayee’s famed “Insaaniyat, Kashmiri­yat aur Jamhooriyat” approach toward the state, affirming the new governme­nt’s willingness to facilitate a “sustained and meaningful dialogue with internal stakeholders that includes “all political groups irrespective of their ideological views and predilections.”

But no such efforts have happened in the past three years. Right from its assu­ming power in March 2015 (with Mehbooba’s father Mufti Mohammad Sayeed being sworn in as CM), no dialogue has taken place. What’s more, the PDP faced challenge, and the CM found it tough to handle the 2016 protests. What slipped was the party’s credibility, something that it is of late keen to gain. The PDP wants to retain the spirit of the dialogue between Musharraf and Vajpayee (in pic) for peace in the Valley.

Even today, there exists no apparent possibility of structured dialogue bet­ween India and Pakistan, but a tenacious PDP is harking back to the sentiments Vajpayee had evoked with Pervez Mush­arraf who then ruled Pakistan. Meh­booba’s party believes that a start of India-Pakistan talks will give the Valley some respite on the militancy front. And that it will allow the PDP some room to operate, given that the party thrived on the dialogue India had with Pakistan for four years till 2007.

In 2003, when New Delhi and Islama­bad were engaged in serious talks, the then PDP-led coalition government had put up Musharraf posters in Srinagar’s Lal Chowk. Since March 2015, the party has been waiting for a reason to justify it—and also the rationale for the party tying up with the BJP. But to no avail.

Amid the PDP’s growing restlessness, the LoC is getting tenser. In Uri, the army says it destroyed a Pakistani bunker across the Churanda hamlet. On Febru­ary 19, there happened the rarity of a def­ence spokesman issuing a statement from Jammu. He accused Pakistan of INS­incerity after a militant was killed during an infiltration bid in the Poonch sector. A Kashmir policy issue being add­ressed not from Srinagar shows the level of disengagement between Islama­bad and New Delhi, observers say.

Mehbooba anyway wants to be seen assertive. She took a strong stand over a January 27 registration of an FIR against the army, which opened fire in south Kashmir’s Shopian. The incident, where three youths were killed, will be taken to its logical end, the CM stated. And on February 16, Mehbooba described it as “app­alling” when the Hindu Ekta Manch took out a protest march in Jammu in support of two accused arrested in the rape-and-murder case of an eight-year-old girl in Kathua. Even as she refused to meet the right-wing group, the police arrested a special police officer in the case.

The PDP says the party has made clear that Kashmir’s accession with India is final—and devoid of any scope for a rev­iew. “This, no political party has said as honestly as directly as us,” says senior PDP leader, Naeem Akhtar, the coalition governme­nt’s spokesman. “We continue to suffer due to the decision. For us, every day is one of bloodshed, disruption and dislocation. Most of it is due to Pakistan. That’s why we are asking for talks with it.” He says the party believes “things cannot improve without discussing things with Pakistan and engaging them.”

To the PDP, Narendra Modi is the “only prime minister who can with authority take us out of this the trouble” in Kash­mir. “That belief is the basis of our alliance with the BJP,” Akhtar says.

He is silent on whether the PDP’s worry about non-dialogue with Pakistan will annoy the BJP to the extent of a break-up of the alliance. The Opposition dismisses such a speculation. “It’s all theatrics,” says NC’s Tanvir Sadiq, who is Omar’s political secretary. Omar is tongue-in-cheek, too. “Both parties (BJP and PDP) have resolved to be in power regardless of whatever happens,” he says. “Other­wise, the Centre would have seriously done something to steady the worsening situation in Kashmir.”