In Karnataka, the Sangh's busy drumming up evidence 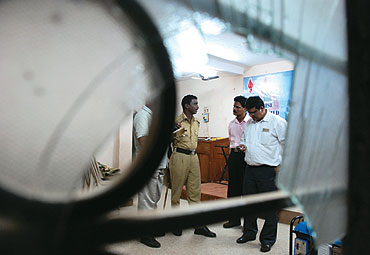 This "drumming up of records and legitimising a lie", rights activists G. Rajashekar and K. Phaniraj indicate, became obvious when members of the Sangh parivar made organised presentations before a non-government fact-finding committee headed by retired police officer Y.R. Patil. Although home minister V.S. Acharya had during the attacks told Outlook that the police had registered no cases of forced conversions in Mangalore in the last few years, Sangh activists "suddenly" produced copies of FIRs. "It looks like an orchestrated effort to bring in an Anti-Conversion Bill," says Rajashekar.