An idle airport. But must concrete grey the iconic Safdarjung green? 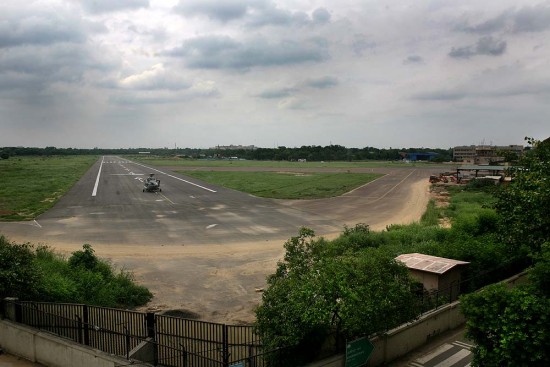 In October, 50 heads of state of African nations are scheduled to congregate in Delhi for a major conference. But there’s a problem, the country’s capital has no single place large enough to have all these dignitaries together on a dais. The convention centres in the city’s large five-star hotels are too small to host an event of this size and magnitude. While the government finally zeroed in on the Indira Gandhi stadium, the brouhaha has revived one of the NDA governm­ent’s old plans—to redevelop and commercialise the almost defunct Safdarjung airport into India’s first large world-class convention centre.

Sources say the proposal to convert Safdarjung airport into a convention centre has been in discussions for the past one year. Now a concrete proposal is being finalised. Apparently, a global scale convention centre would be built on the airport land with all the accompanying facilities so that it is equipped to host large international functions. Many offi­ces located on the airport premises are, it seems, being vacated for the purpose.